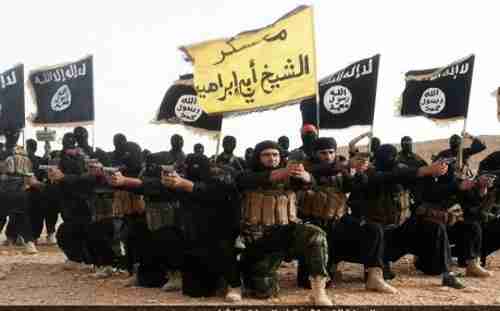 The rise of a major competitive jihadist group, the so-called Islamic State (IS or ISIS or ISIL or Daesh), is forcing al-Qaeda and the Taliban to reassess their strategic directions.

That may be one of the reasons that on Saturday, al-Qaeda leader Ayman al-Zawahiri, in a 14-minute online audio message, pledged allegiance to the new head of the Afghan Taliban, Haibatullah Akhundzada.

Both of the terrorist organization leaders have some major in common: They rose to their current positions after their predecessors were killed by the US military. Al-Zawahiri became the new head of al-Qaeda after Osama bin Laden was killed in Pakistan by US Navy Seals in 2011. Akhundzada became the new leader of the Afghan Taliban after his predecessor, Mullah Akhtar Mohammad Mansour was killed by US drone strike in Pakistan three weeks ago.

According to Saturday’s online audio message, which has not yet been confirmed, al-Zawahiri said:

As leader of the al Qaeda organization for jihad, I extend my pledge of allegiance once again, the approach of Osama to invite the Muslim nation to support the Islamic Emirate [of Afghanistan]. …

We pledge allegiance to you on jihad to liberate every inch of the lands of the Muslims that are invaded and stolen – from Kashgar to al-Andalus, from the Caucasus to Somalia and Central Africa, from Kashmir to Jerusalem, from the Philippines to Kabul, and from Bukhara to Samarkand.

The logic behind this pledge is that al-Zawahiri is a military leader, an Egyptian doctor-turned-militant, while Akhundzada is an Islamic legal scholar. The audio message alludes to the fact that when the Taliban were sheltering Osama bin Laden in Afghanistan, bin Laden also pledged his allegiance to the Afghan Taliban leader. However, bin Laden ended up bringing the Taliban a lot of grief in the form of the US war in Afghanistan that defeated the Taliban and threw them out of government after bin Laden set the 9/11/2001 attacks in motion.

Today, al-Qaeda and the Taliban are uniting because they are both concerned about the rise of ISIS. Although ISIS operates mostly in the Mideast, some Afghan insurgent commanders have broken away from the Taliban to pledge support to ISIS, and ISIS has been displacing the influence of al-Qaeda in the Arabian Peninsula (AQAP) in Yemen, and also of al-Qaeda in the Islamic Maghreb (AQIM) in northern Africa, especially in Egypt, Libya and Nigeria.

To make matters worse for al-Qaeda, there has been infighting between different Taliban warlords and factions in Afghanistan, and this has helped ISIS. Thus, the pledge of support may be a desperate call for unity against ISIS.

Another development is that the death of Akhundzada’s predecessor, Mullah Akhtar Mohammad Mansour, has exposed a relationship between the Taliban and Iran. This is a “marriage of convenience” between Sunni terrorists and Shia terrorists, who concerned about a common enemy: ISIS. Khaama Press (Kabul) and Deutsche Welle and Long War Journal and Reuters

ISIS losing ground may have led to Orlando terror attack

The so-called Islamic State (IS or ISIS or ISIL or Daesh) has been claiming credit for Sunday’s Orlando Florida nightclub terror attack, but we know that the gunman Omar Mateen was acting as a “lone wolf,” without any known contact with ISIS. Nonetheless, ISIS may have indirectly caused the attack by its announcements in the last few weeks asking “lone wolves” to strike soft targets in Europe and America during the month of Ramadan, which started last week.

A year or two ago, an exuberant ISIS was making enormous gains, capturing huge swaths of territory across Syria and Iraq, raping women and chopping off people’s heads to gain international acclaim, and making money by selling oil from captured facilities. There were thousands of young jihadists coming from all over the world to Syria to join ISIS and to fight against the genocidal Syrian president Bashar al-Assad.

But now losses are mounting in Syria and Iraq. It is losing much of the territory it had gained, losing finances, and losing prestige. The number of foreign fighters joining the flailing ISIS is dwindling, and there are even reports of infighting within ISIS resulting in executions of junior officers.

Last month there were reports that ISIS was regrouping in Libya, setting up a base in its stronghold in the coastal city of Sirte, but now there have been new reports that troops from Libya’s unity Government of National Accord (GNA) have been advancing against Sirte more quickly than expected.

ISIS is very far from defeated, but these setbacks are forcing the terror organization to rethink its strategy. A part of that strategy is to encourage lone wolf attacks and then take credit for them. They have taken credit for killings in Bangladesh which they have nothing to do with ( “12-Jun-16 World View — Bangladesh government arrests 3,192 people to stop terrorist killings”), and now they’ve done the same with the Orlando night club shooting. These may well be moves of desperation.

Although many people are taking pleasure in the troubles of al-Qaeda, the Taliban and ISIS, you should not assume that the defeat of either of these organizations (something that’s probably not even possible) would bring peace and an end to the terrorist attacks. This is a generational Crisis era for the Sunnis in the Mideast and south Asia, and the terror attacks and rising tensions are occurring organically, not under the control of any politician. No one could have predicted the rise of ISIS five years ago, and some new, even worse organization could rise at any time. Just as the Holocaust and WW II would still have occurred even if Hitler had been killed in 1935, the Mideast is headed for a major regional war with or without ISIS or al-Qaeda. And the Orlando nightclub shooting may be just the start. CS Monitor (27-May) and Rudaw (Iraq-Kurds) and Washington Times and AFP