France to demolish ‘The Jungle’ migrant camp in Calais 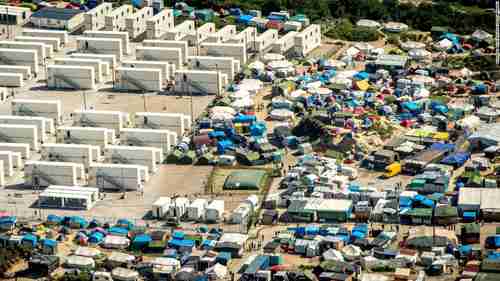 France has announced that it will begin on Monday demolishing the migrant camp in Calais known as “The Jungle.” The 6,500 to 10,000 migrants living in the camp will be given two choices: Either to be deported back to their home countries, or to stay in some 300 temporary refugee centers across France, where they can apply for asylum. Children who can prove that they have relatives in Britain may be allowed to travel to their family members.

The people in the camp are escaping war or poverty mostly from Afghanistan, Sudan, Eritrea and Syria. The reason that migrants have come to Calais in the first place is because it is near the Eurotunnel that connects France to Britain underneath the English Channel. Britain is a favorite destination because of liberal welfare and medical services policies, and because they prefer an English-speaking country. Refugees risk their lives by attempting to jump onto trucks that are headed through the EuroTunnel.

Over the last three or four years, the refugee camp has become squalid, unsanitary and unsafe for most people, especially women and children. Attempts to move people out of the camp in the past have led to confrontations with police.

On Monday, sixty buses are scheduled to transport 3,000 migrants to alternate refugee centers in other parts of France. Activists are claiming that they’ve come this far because they’re desperate to reach Britain, and they’ll resist being forced to leave. Furthermore, activists say, they’ll simply return to Calais as soon as they have a chance. Reuters and Deutsche Presse-Agentur (dpa) and CNN

Italy struggles with the ‘mini-Calais’ refugee camp in Ventimiglia

Last week, Italian police with guns surrounded a small refrigerated van after a car chase, just before the van was going to cross the border into Italy. When they opened the back of the van, they were shocked to find 17 migrants in there. One passenger said he had paid 50 euros to a human trafficker to make the trick, and had feared suffocating inside the van.

The incident occurred in Ventimiglia, an Italian city on the border with France, opposite the French city of Menton. This area is often called “Mini-Calais” because every week hundreds of migrants try to cross the mountain passes and tunnels along the border either by foot or by hiding in vehicles. Those who succeed and are caught in France are sent back to Italy.

More than 24,000 refugees have been residing in Ventimiglia, where living conditions are getting steadily worse. That number is expected to increase, as more migrants arrive in Italy from North Africa. More than 145,000 have made the journey across the Mediterranean so far this year. EuroNews and Daily Sabah (Ankara) and Reuters