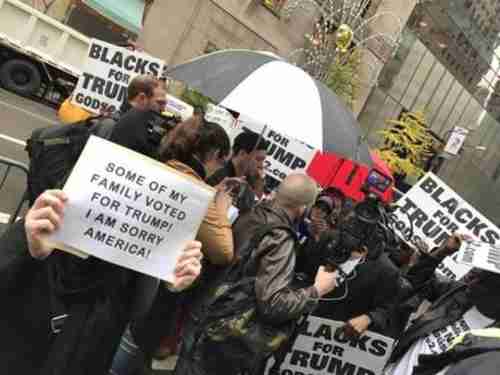 As I wrote at the time, from the point of view of Generational Dynamics, the media storm was much more important than whether Clinton was guilty or innocent, because it indicated that the public mood was changing. And that media storm was a harbinger of the Trump victory which was a surprise to almost every media source and almost every polling organization.

It remains to be seen whether Donald Trump will be any better at learning what is going on in the world than Barack Obama. Boomers are generally less arrogant and more willing to listen to reason than Gen-Xers, so there is hope.

One thing that his staff might do is develop some expertise in generational theory. Generational Dynamics is a non-ideological methodology that does analyses using MIT’s System Dynamics applied to changes in generations. Since 2003, the GenerationalDynamics.com web site contains thousands of articles with hundreds of predictions, all of which have turned out to be right. There is no web site, analyst, politician or journalist with a success record in correct analyses and forecasts that comes even close to the Generational Dynamics success.

If the staff of Donald Trump, or any other politician in the country or the world, wants to base policy on what’s actually going on in the world, rather than on fatuous left-wing or right-wing ideologies that are almost always wrong, then they should develop an understanding of generational theory, and read the daily World View articles.

Brexit referendum and US election illustrate dangers of predicting elections

As I’ve been writing for years, starting long before the current election, this is a generational Crisis era, and as in other Crisis eras, nationalism, racism and xenophobia have been increasing in countries around the world.

This trend illustrates why pollsters have been so wrong in both the Brexit referendum and the US elections. Pollsters were using models that date back to the 1990s, a generational Unraveling era when the Silent generation was still in charge, and knew the enormous dangers of nationalism, racism and xenophobia from having survived World War II. Polling organizations using 1990s models simply did not see the change in attitudes caused by the disappearance of the generations of survivors of World War II.

During the campaign, I was asked several times whether Generational Dynamics could predict the result of the election. The easy answer is that Chaos Theory proves that election results cannot be predicted, and any polling organization would agree.

For those who would like some additional technical details about this, I use a fairly simple test to determine whether or not something can be predicted.

When I want to decide whether something can or cannot be predicted, I use what I call “the butterfly test.” You may have heard about the finding from Chaos Theory that a butterfly flapping its wings in China could start a chain reaction that might (or might not) cause a hurricane in North America. That’s one reason why it is mathematically impossible to accurately predict the weather more than about two weeks in advance. No matter how advanced weather science becomes, whether forecasting will never be any better than it is now.

The honeymoon calm before the storm

Almost everyone I know hated this presidential campaign, as the two candidates at times seemed to be in a race to be more sickening and disgusting than the other. How low could the country go?

Pollster Frank Luntz, appearing on 60 Minutes last Sunday, has been conducting political focus groups for years, and he traces the growth in political vitriol as starting in the 2000 presidential election, when Al Gore won the popular vote, but George W. Bush became president after six weeks and a Supreme Court decision. According to Luntz:

And in that six weeks, we came from being Democrats and Republicans to being outraged, to believing that the other side is trying to steal the election. And when the election was over, there was no coming together. There was no honeymoon. And from that point on, the goal has been to delegitimize. Not to respect and at least to listen to, but to delegitimize the opposition. And now today in 2016, hours from now, it will be tens of millions of people who will believe that the loser should have won, that the election was rigged, and that the winner is illegitimate. …

I feel like I’m a child of a divorce. These two candidates, the way they fight, the way they yell at each other, the way they make it personal, it’s like having your parents get divorced, and you don’t want to live with either of them. And the judge sits there and says, “Pick one or the other.” And you say, “How about the jury? Can I– can I go there?” It’s awful.

Many people are hoping that the vitriolic attacks will end, now that the election is over, and that things can return to “normal.” And when they say “normal,” they mean the 1990s — a generational Unraveling era. That’s not going to happen.

The generational Crisis era (“Fourth Turning”) officially began in 2003, 58 years after the end of World War II, as the last of the Silent generation retired. The vitriolic attacks on George Bush had begun a couple of years earlier, as Luntz described, but they’ve only become worse since then, and they’ve gone in both directions between Republicans and Democrats.

I titled this article “the honeymoon calm before the storm” as kind of a joke. New presidents are supposed to have a “honeymoon” that lasts 100 days or so into his new administration, but that was before the rise of Generation-X. Trump will be lucky if his “honeymoon” lasts the rest of this month.

This kind of chaotic storm always happens during a generational Crisis era. In the 1930s, President Franklin Roosevelt was deeply hated for many of his decisions. One of the worst was his decision to try to “pack” the Supreme Court by expanding it 15 judges, in order to get the court to stop declaring his favorite new laws unconstitutional. And you can imagine how vitriolic the attacks must have become when Roosevelt became the first US president to run for a third term.

The previous generational Crisis era saw the election in 1860 of Abraham Lincoln as president. This infuriated the Southern states, and led to the Civil War.

Is this the Apocalypse?

This talk of Apocalypse is silly, but it is also not far from the truth. President Roosevelt’s term led to World War II, and President Lincoln’s term led to the Civil War. That’s what happens during a generational Crisis era, no matter who’s president.

As I’ve been writing for years, the world is headed for a new world war, the Clash of Civilizations world war. The allies of the West will include Japan, India, Russia and Iran. The enemies will be China, Pakistan, and the Sunni Muslim countries. This will be the greatest war in history. By the time it’s over, every nuclear weapon in the world will have been used on someone. I estimate that the total deaths from nuclear war, ground war, famine and disease to be around 3-4 billion people, leaving around 4 billion people to rebuild the world.

And here’s another little bit of irony. Assuming that this war begins during Donald Trump’s term in office, and assuming that the United States survives the war, then Trump will become a national hero, with the stature of Roosevelt and Lincoln.