Leaders and activists from the Yazidi minority community in Iraq, which has largely suffered ethnic cleansing and other war crimes at the hands of the Islamic State (ISIS/ISIL), have expressed a mixture of hope and congratulations over Donald Trump’s recent election as U.S. president.

Trump has vowed to help all “ethnic minorities targeted for mass execution” in the Middle East, saying “We cannot let this evil continue.”

In a letter obtained by Breitbart News, Prince Tahseen Saeed Ali, the global leader of the Yazidis, addresses the President-elect after he surged to victory over Democrat Hillary Clinton in the U.S. presidential elections on November 8, commending the new American leader.

We are asking your administration and you as the leader of the free world to increase your efforts against the aggressors of the persecuted people.

The mayor of the Yazidi-majority city of Sinjar in Iraq, which has been the epicenter of the ISIS atrocities against the minority group, also applauded President-elect Trump in a statement obtained by Breitbart News.

President Barack Obama cited the “barbaric” acts against the Yazidis trapped in Sinjar Mountain when justifying the start of the U.S.-led war against ISIS in Iraq back in August 2014.

Mahma Khalil Qasim, the mayor of the Iraqi city, congratulated Trump on his November 8 victory “in my name and in the name of the people of the city of Sinjar affected and exposed to genocide and the worst kinds of crimes” at the hands of ISIS.

“The people of Sinjar city… are very pleased [of] your success in the elections,” he added, noting that President-elect Trump has a special standing “in the heart” of the Yazidis.

“Mr. President, we urge you, in the name of humanity, to be in your programs of interest [for] the future of religious minorities in Iraq, in general, and Yazidis, in particular,” also said Mayor Qasim.

A Yazidi activist tells Breitbart News from his hometown of Sinjar that he witnessed “celebratory gunfire” in Sinjar soon after Trump had been declared the winner of the U.S. presidential election.

Breitbart News has been unable to independently verify his account. 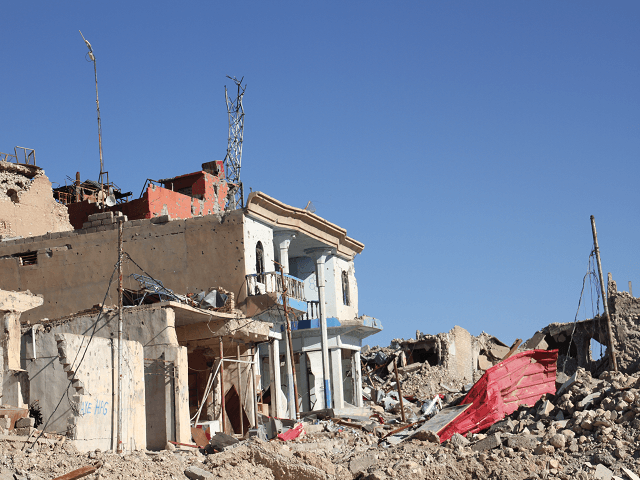 Omar Haider, the activist, reacted to Trump’s victory over text message from Sinjar.

I was communicating with someone back in the U.S. at the time the election was called for Trump and I went outside to fire celebratory shots in the air. I heard celebratory gunfire coming from multiple locations on Sinjar Mountain. The Yezidi people were very happy when we heard Trump won…We are hopeful that President-elect Trump will help the Yezidis and Christians in the Middle East.

He noted that one of his friends had promised to “sacrifice a sheep and make good food and give it to the people” if Trump won.

Khalid Sulaiman Haider, another Yazidi activist originally from the Iraqi city Sinjar, but who now lives in the U.S., also reacted to Trump’s election.

Our reaction as a community, and as indigenous people of Iraq ‘the Yazidis’ [is] we have been neglected by Obama’s administration, and we hope that the new administration under Mr. Donald J. Trump is going to turn the table 360 degrees around. Therefore, we are anxious to see and hear our voice be heard and seen, unlike Obama’s administration who hasn’t admitted or granted our rights…Because so far more that 90% of our rights have been denied by those who Obama have called allies, specially by the KRG [Kurdistan Regional Government in northern Iraq].

Although Omar and Khalid share the same last name, they are not related. They both live in the United States now because of threats against them. Omar is currently visiting Sinjar in search of family who may have survived the ISIS genocide.

ISIS jihadists captured the district of Sinjar in northern Iraq when the terrorist group seized large swathes of Iraq in the the summer of 2014, resulting in the death, rape, and enslavement of thousands of Yazidis.

The Yazidis are an ethno-religious community that ISIS considers to be “devil worshippers.” The Yazidi religion is a mix of Islam, Zoroastrianism, and Christianity.

Yazidis and Christians have been systematically targeted by ISIS-perpetrated genocide based very specifically on their group identity.