Turkey gets bogged down with military ‘Operation Olive Branch’ in Afrin, Syria 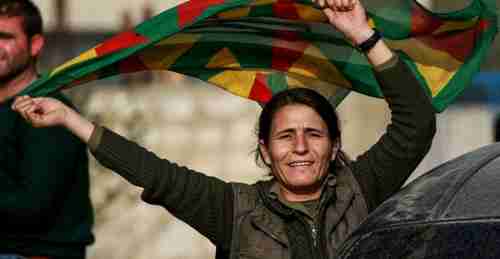 On January 20, Turkey began the ironically named military Operation Olive Branch to take control of Syria’s northern city of Afrin from the Kurdish militias, the People’s Protection Units (YPG), though it is never entirely clear what “take control” means.

Turkey considers the YPG Kurds to be terrorists because they are linked to the Kurdistan Workers’ Party (PKK). The PKK has perpetrated large terrorist attacks in Turkey in the last two years and has conducted an on-and-off separatist insurgency against Turkey’s government for thirty years. The Kurds have set as a goal the creation of an independent state of Rojava along Syria’s northern border with Turkey. Turkey considers that objective to be an existential threat.

Turkish troops are backed by an estimated 22,000 “moderate rebels” in the Free Syrian Army (FSA), while the YPG is estimated to have about 8,000 to 10,000 fighters in Afrin. Estimates are that 32 Turkish soldiers, 43 FSA militants and 1,551 YPG militants have been killed so far.

So in my mind, I’m making comparisons to some of the previous battles. East Aleppo had a population of 275,000, only about 1,000 of whom were in the al-Qaeda linked Jabhat Fateh al-Sham (JFS). The army and air force of the regime of Syria’s Bashar al-Assad, backed by Russian warplanes and Hezbollah troops, used missiles, barrel bombs laced with chlorine gas, and other weapons to “take control” of Aleppo. But it took them about six months, and they practically destroyed the entire city to do it.

In Eastern Ghouta, there are 400,000 people and al-Assad’s regime, backed by the Russians, is battering the city with missiles, Sarin gas, and barrel bombs laced with chlorine gas. That battle has been going on for several months and appears nowhere near ended. It will be a long time before al-Assad “takes control” of eastern Ghouta.

So now the Turks are attacking Afrin, with 400,000-500,000 people. Russia controls the airspace above Afrin, and so the power of Turkey’s warplanes is being limited, according to reports. Furthermore, as far as is known, the Turks are not using Sarin gas and chlorine gas as Bashar al-Assad does regularly.

So I’m not a military expert, but doing these comparisons says to me that Turkey is going to be bogged down in Afrin for a long time. VOA and Washington Post and Xinhua and Kurdistan 24

On Sunday, a senior YPG official said that the YPG had reached a deal for the Syrian army to enter Afrin and that it could be implemented within two days.

SANA’s reporter in Aleppo said on Monday that popular forces are to arrive in Afrin area soon to support locals in facing the aggression launched by the Turkish regime on the area since January 20th.

The reporter said that the arrival of popular forces will strengthen the locals’ resilience and resistance against the Turkish aggression which targets infrastructure, public and private properties, and economic and services establishments.

This report has been widely referenced in the international media, usually with the interpretation that Syria’s army will soon be fighting Turkey’s army in Afrin.

However, what is going on is far from clear. Unlike the YPG statement, the SANA statement does not mention Syria’s army. It mentions “popular forces” from Aleppo. This could mean Hezbollah forces or it could mean mercenary soldiers that Iran has been bringing in from Afghanistan.

It’s important what the regime will do when it enters [Afrin]. If the regime plans to enter to fight PKK/YPG, then no problem. But if the regime enters to protect the YPG, then no one can stop Turkey or the Turkish forces.

So there is really no common interest between Syria and the YPG. The Kurds want to continue controlling Afrin, and just want Syria’s help in expelling Turkey. The Syrian want to expel Turkey, but then take control of Afrin. According to one analyst:

The Syrian regime wants complete political administration in Afrin, a comprehensive deal that includes security and politics. They want to return to Afrin. The Kurdish Rojava authorities want the Syrian army on the border [with Turkey] but they don’t accept [pro-government] forces into Afrin.

So even if a deal is reached between al-Assad and the YPG, and Syria’s “popular forces” enter Afrin, then instead of the YPG and Syria fighting the Turks, it could end up with the YPG and the Turks fighting Syria. SANA (Damascus) and France 24 and Daily Sabah (Ankara) and Reuters