From missile strikes and bombings to cholera, war-torn Yemen deteriorates 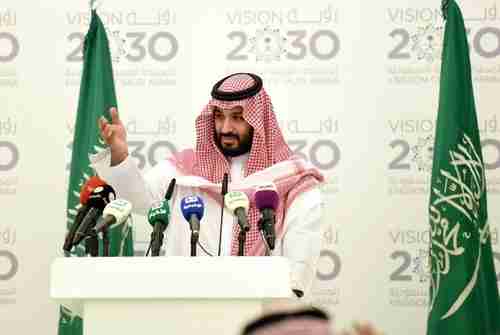 Saudi Arabia officials say that the war in Yemen is proceeding successfully. But few people believe that. When the war began in March 2015, the Saudis thought that they would win quickly. The Iran-backed Houthis, which represent about 15 percent of Yemen’s population, with a stronghold in northwest Yemen, had invaded and taken control of Yemen’s capital city Sanaa in late 2014 and drove out the Saudi-supported Sunni government.

So the Saudis formed a coalition with United Arab Emirates (UAE) and Egypt and began airstrikes in March 2015, believing that this would force the Houthis to the negotiating table, where they would sue for peace.

It has not worked out that way, as the Houthis proved extremely resilient and even gained additional territory.

What the airstrikes HAVE accomplished is to turn Yemen into a humanitarian disaster. Yemen relies heavily on food imports and is on the brink of famine. In order to prevent import of Iranian weapons to the Houthis, the Saudis have blockaded the ports, but this has also made it impossible to import food, medicines, and other humanitarian aid. Yemen was already one of the poorest countries in the world, but the blockade made things much worse. The result is that, of Yemen’s 25 million population, more than 22 million are desperately in need of food and humanitarian assistance, including 11.3 million in acute need.

The country is also facing a cholera epidemic, which has already killed thousands of people. According to the World Health Organization (WHO), the number of cholera infections had been in decline in Yemen over the past 20 weeks after it hit the 1 million mark of suspected cases. But now that is going to change again because Yemen is entering a new phase of rainy seasons. The country had also had an outbreak of diphtheria, a disease that usually affects children and can be prevented with vaccines.

In addition to famine and disease, Yemen is also targeted by a resilient so-called Islamic State (IS or ISIS or ISIL or Daesh). On Saturday, two car bomb explosions killed at least six people and wounded 43 others in the southern port city of Aden, which is the stronghold of what’s left of the Sunni government. ISIS claimed credit for the bombings.

On the other hand, a high-level Saudi researcher says:

I find the English proverb “slow and steady” the best way to describe the decisive course the war in Yemen is taking, with the crisis coming to an end along with the restoration of hope.

A continuous collapse of the Iran-backed Houthi militia is obvious from the outcome of battles, with the advance of the national armies supported by the coalition forces that uphold legitimacy.

That would have to be considered the optimistic Saudi view of the war, but this is not widely believed. Reuters and Bloomberg and Al Arabiya (Riyadh)

In a series of late-night royal decrees, Saudi Arabia’s King Salman sacked the country’s top military commanders and the headers of the ground forces and air defenses.

It is believed that the firings are the work of the 32-year-old Crown Prince Mohammed bin Salman, known as “MBS”, who is also the defense minister and who has forced rapid change in the kingdom, including the arrests of dozens of high-level government officials on charges of corruption.

MBS is also believed to have been the instigator of the Yemen war. The fact that the war did not end in a quick victory, but instead appears to be an unending disaster, is being blamed on MBS himself.

Saudi Arabia announced the military firings without providing any reasons. However, it is believed that the firings are related to the lack of success in the Yemen war.

Reportedly, these firings represent a generational change in the leadership of the military, and that the older leaders were fired and are being replaced by other military figures who are younger and who are thought to be loyal to MBS. Saudi Press Agency and BBC and Reuters and Bloomberg