China filed an application on Thursday to join the Comprehensive and Progressive Agreement for Trans-Pacific Partnership (CPTPP). Current members Japan and Australia, and prospective member Taiwan, were not enthusiastic about Beijing’s request.

Japanese Economy Minister Yasutoshi Nishimura said it would be necessary to determine if China “is ready to meet its extremely high standards” before allowing it into the CPTPP. Japan currently holds the chairmanship position in the 11-member agreement.

Nishimura’s opposite number in Taiwan, Economy Minister Wang Mei-hua, said China’s application was suspiciously “sudden” and doubted the Communist nation could meet the “high standards” demanded by the trade agreement.” 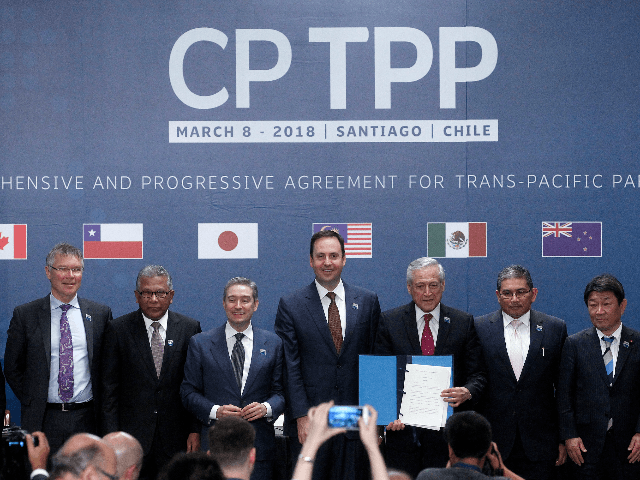 “They also have friction with some CPTPP member states,” Wang noted.

This was most likely a reference to Australia, which Chinese state media threatened to attack with nuclear weapons on Friday after the Aussies signed a new defense pact with the United States and United Kingdom. CPTPP’s high standards do not explicitly forbid dropping nuclear bombs on fellow members, but it is heavily implied.

Wang hoped China’s application would not disrupt Taiwan’s forthcoming petition for membership, which she said would be filed “when conditions are right.”

China constantly attempts to block Taiwan from joining organizations that would convey the legitimacy of a nation-state upon the autonomous island. A noteworthy example is the World Health Organization (W.H.O.), which China managed to keep Taiwan out of even at the height of the Wuhan coronavirus pandemic, which China unleashed and Taiwan responded exceptionally well to.

“As we have conveyed to China, these are important matters which require ministerial engagement,” Australian Trade Minister Dan Tehan said diplomatically, pointing to China’s unfair trade restrictions as a key issue to resolve. 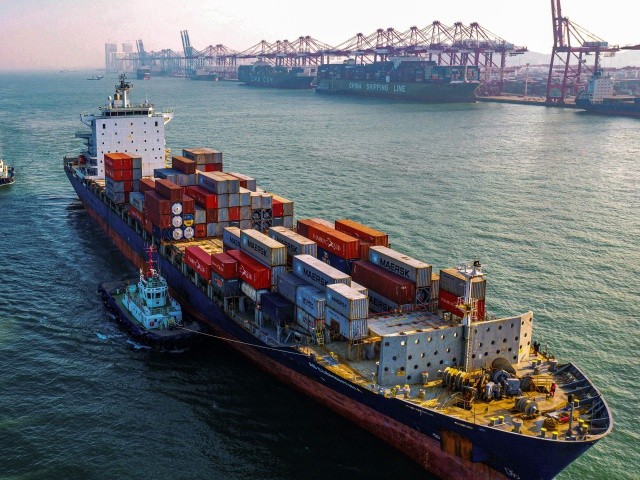 A cargo ship loaded with containers makes its way at a port in Qingdao in China’s eastern Shandong province on January 14, 2020. (STR/AFP via Getty Images)

Nikkei Asia found it unlikely that China would be allowed to join CPTPP, interpreting the application as a power play and a thumb in the eye of the United States, which was a founding member but withdrew from the agreement during the Trump administration.

China’s state-run Global Times touted the CPTPP application as proof of China’s “commitment to global trade liberalization” on Friday, and proof that the United States can no longer contain China’s growing economic influence.

“Contrary to China’s open and optimistic attitude toward the CPTPP, the U.S. is seen increasingly distancing itself from traditional trade partners, including Japan and South Korea,” the Global Times jeered.

“We would expect that China’s nonmarket trade practices and China’s use of economic coercion against other countries would factor into the decision of whether to include Beijing to the CPTPP,” the U.S. State Department responded on Thursday.