Christians throughout Spain and Latin America are preparing to celebrate January 6 – the Feast of the Epiphany, which marks the visit of the Three Wise Men to the baby Jesus – with pastries, parades, and gifts for children.

In much of the Spanish-speaking world, El Día de los Reyes (“the day of the kings”) is a family event and the Christmas gift-giving tradition occurs on this date – instead of Santa Claus being responsible for bringing the gifts, the Three Wise Men bring gifts to children just as they did to Jesus. The holiday celebrates how, according to the Christmas story, the Magi embraced faith by following the Star of Bethlehem without hesitation to welcome and honor Jesus, finding the infant of an impoverished couple in a manger and accepting him as the son of God.

The Catholic Church considers Epiphany (January 6) the last of the 12 days of Christmas. According to the Catholic News Agency, celebrations of Three Kings Day are documented to have occurred before Christians began celebrating Christmas in December.

“In the early Church, Christians, particularly those in the East, celebrated the advent of Christ on Jan. 6 by commemorating Nativity, Visitation of the Magi, Baptism of Christ and the Wedding of Cana all in one feast of the Epiphany,” Catholic News Agency details. “By the fourth century, both Christmas and Epiphany had been set as separate feasts in some dioceses. At the Council of Tours in 567, the Church set both Christmas day and Epiphany as feast days on the Dec. 25 and Jan. 6, respectively, and named the twelve days between the feasts as the Christmas season.” 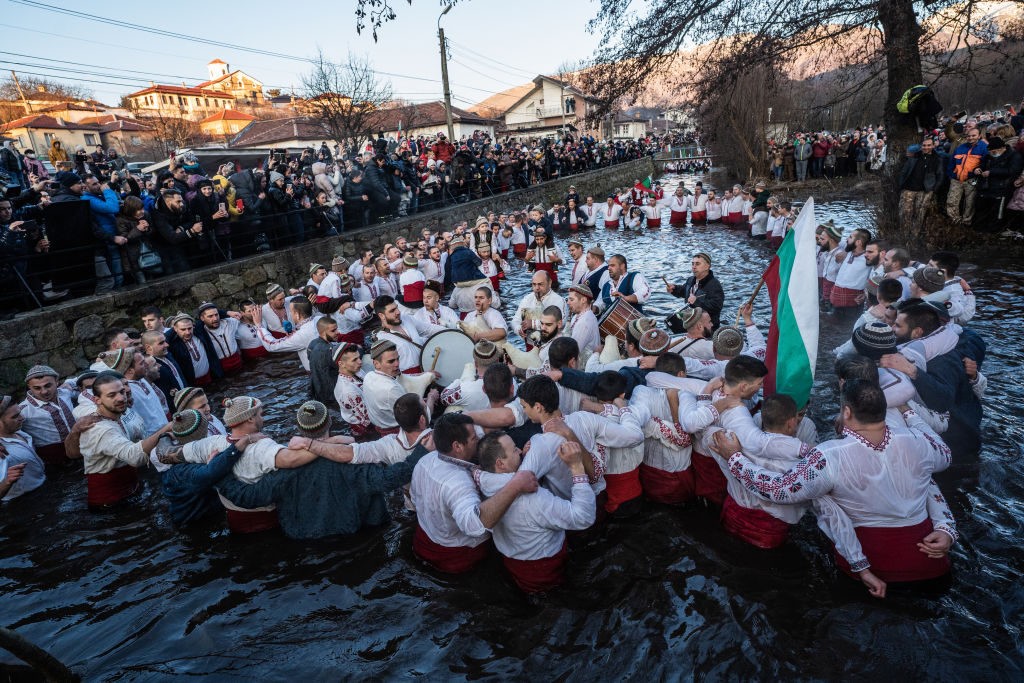 Bulgarian men perform the traditional “Horo” dance on Epiphany Day in the icy waters of the Tundzha river on January 6, 2022 in Kalofer, Bulgaria. (Hristo Rusev/Getty Images)

Hispanics in the United States often celebrate with gift-giving for children and a special sweet bread known as the rosca de los reyes, or “[bread] twist of the kings.” The tradition is especially common in Mexico and with Mexican-American communities, though also present in New Orleans as the “king cake” eaten on Mardi Gras. Many bakers include a baby figurine inside; the reveler who finds the baby in their slice of the king bread, depending on the tradition, either receives special luck or the responsibility of hosting next year’s festivities.

“You know that in this country, some are far, some are here and so we keep the tradition on the Kings’ Day, of the [figurine] and simply being everyone in the family together,” Gonzalo González, who celebrated an early Día de los Reyes in the Coachella Valley, California, told the local ABC affiliate KESQ on Wednesday. González and many others gathered at the Mi Tierra bakery in Coachella to purchase their kings’ bread to share with family on Thursday.

“The bread has great meaning our family, mainly because the whole family gets together,” he explained. 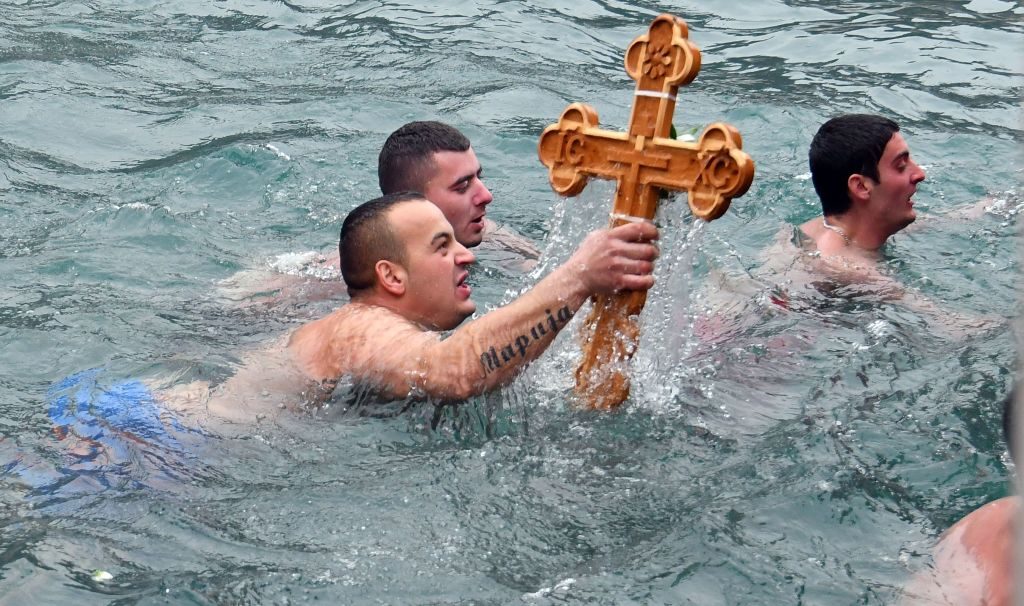 Bosnian Serbs swim in the extremely cold waters of the Drina river to retrieve the wooden crucifix thrown into the water by an Orthodox priest, in Eastern-Bosnian town of Visegrad, during the celebration of the Feast of the Epiphany. (ELVIS BARUKCIC/AFP via Getty)

The owner of the baker, Esteban Rodríguez, told KESQ that Three Kings’ Day was the best business day of the year for them.

Similar festivities occurred in Puerto Rico. In San Germán, an acting troupe known as Tercera Llamada (“third call”) staged a “living statue” exhibit dressed as the Three Kings. Janfra D’Armas, the director of the acting collective, told the outlet Primera Hora that the exhibit was in part to ensure the survival of the tradition of honoring the Magi among children.

“We want to stage a tribute to these three characters who, throughout all these decades, are an inspiration and motivation to have faith for many people,” D’Armas said, “and also so that younger generations know our tradition of the Magi and that families have the opportunity to share and explain to the little ones why the Three Kings, where they came from and what they mean for everyone.”

In Mexico, concerns about the Chinese coronavirus did not stop the annual traditional parades – the men playing the Magi simply wore sanitary masks to the event.

In Lima, Peru, national police forces took the time to dress up as the Magi and deliver gifts to children at the National Institute of Children’s Health. In Peru, the day is known as the Bajada de los reyes, or the “descent of the kings.”

“The Descent of the Kings is something very important for the national police because it returns faith and love to all people and, plus, with all the problems we are living with with [Chinese coronavirus],” police official Ebanán Valeriano Ronaldo, who played Balthazar, said.

The visit to the hospital preceded the police’s traditional appearance as the Three Wise Men in Congress and throughout Lima.

Spain, where the tradition began, erupted in festivities on Wednesday in anticipation of the holiday. The parades in that country are known as the cabalgatas de los reyes magos (“the cavalcades of the Magi”) and many occurred with mask mandates and social distancing in place.

In Pamplona, the capital of Navarra, locals staged a masked and, at least on paper, socially distanced parade that allowed children to greet the Magi, who threw candy from their parade floats as is tradition. While about 60-percent smaller in attendance than prior to the pandemic, revelers celebrated that the parade occurred at all, as officials canceled it last year.

Also in attendance were dancers and marchers in traditional garb and elegantly dressed camels.

Similar scenes erupted throughout the country.

In Oropesa del Mar, on the east coast of Spain, the tradition of having the Magi arrived by boat nearly went awry when winds and severe waves appeared to almost make the three costumed reenactors’ inflatable boat capsize. while images of the three men in the tiny boat went viral, they fortunately made it to shore without the need of a rescue.

Madrid has limited its upcoming parade to 7,000 people, but it has returned to the national capital, as well with fervor – tickets sold out in 12 minutes.