This past week marked one of the strangest periods of my life. And yes, the arrest of my friend and colleague James O’Keefe had a lot to do with it. James found himself, once again, in the middle of a raging media battle all because he wanted to shine a little light on public corruption. Let me tell you something, he certainly rang in the New Year with this one. As James said:

Target: Mary Landrieu. Why: she’s been taking legal “bribes” in the form of the “Louisiana Purchase” in exchange for her vote on Sen. Harry Reid’s healthcare bill, and ignoring phone calls from her outraged constituents. Bold, dirty, rude politics at its finest. 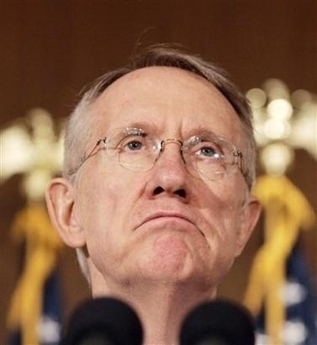 Putting his head down, and plowing ahead, James was off to New Orleans working on a new project. A project that would hopefully raise questions, demand answers, and spur people to action.

The complication: James and three of his colleagues were arrested in the process. (Although now the U.S. Attorney in charge of the case has recused himself, a sure sign that the case is rapidly crumbling.)

For 48 hours, rampant rumors of phone taps, possible felonies, rash behavior and the phrase “Watergate Jr.” spread like wildfire. No one knew the reality of the situation. Even I was very concerned by the initial reports. I had no inkling of this project and once again found myself a victim of the MSM’s filthy, desperate and fact-free drive-by reporting. As Galileo famously said:

All truths are easy to understand once they are discovered; the point is to discover them.

The truth eventually began trickling out and it appears Mary Landrieu’s office vastly exaggerated the situation, and yet the MSM ran with it. Rachel Maddow of MSNBC could barely contain her glee:

Note to everyone: throwing out words like “wiretapping” in regards to a federal phone system is the equivalent to screaming “bomb” on an airplane….Don’t say it unless you mean it. Or else, all the attention will zero in on you and things will quickly get complicated.

In fact, Landrieu’s overreaction to O’Keefe’s video project ought make the public wonder what the heck is actually going on in the office that her constituents are permitting her to occupy for at least a little while longer. But instead we had ACORN’s CEO, Bertha Lewis, using the incident as an opportunity to, once again, excuse her employees’s behavior in our “ACORN Housing helps underage sex slave” videos. We saw inappropriate and vicious attacks from the MSM, and watched some members of a movement turn its back on a man they considered a hero less than a week ago.

What I’ve learned is this: the MSM is the primary force of the Democratic Party. If the MSM is lying to you, guess who else is? Someone has to feed them stories. Time and time again the MSM has been caught in a self-created web of lies, and the vast majority of these reports do one thing, and that is mask the true, ugly face of liberalism.

Listen, the MSM is officially beyond biased and slanted reporting. Right now, it is on the “bold dishonesty” level. They are essentially pelting the public with hot, stinky manure, and it is completely insulting.

Fortunately, there are ways around the MSM’s nonsense. Andrew Breitbart has made the new media trendy, and after the ACORN videos everyone and their conservative dog was on the new-media campaign bandwagon. “Yay, yay we are back to save the day. Glory and victory all the way!” But then, the second things got a little spicy, POOF, they’re gone.

For instance, Michelle Malkin, a once avid supporter/defender of James and all his work, called for an example to be made out of him, and instructing other young journalists to not follow in his footsteps. Again, this was before she knew his side of the story.

The bottom line is, conservative elites are afraid of the MSM. They are constantly two-steppin’ to stay in their good graces while secretly cursing them beneath their breath. It is no wonder they’ve had their rear ends handed to them so badly in past elections. I’m telling you, if conservatives don’t put on their game faces and strap on their big-boy boots, our nation’s demise is imminent.

“Victory at all costs, victory in spite of all terror, victory however long and hard the road may be; for without victory there is no survival.” — Winston Churchill

Why do I think the MSM and the Liberals were so perversely obsessed with the possibility of James being a wannabe “Watergate Jr.?” They lie, because despite all their money and power, they are scared. Not of the Republicans or Conservative movement, but of citizen journalists who hold truth in the highest regard. These people are at large, and on the rise. Which means some major power players have a lot to be afraid of.