NEW YORK CITY, New York – Hillary Rodham Clinton’s re-launch went off without a hitch with roughly 5,000 people, according to the New York Times, which credits the official count to her campaign.

The crowd packed into an area on Roosevelt Island in New York City to hear the likely Democratic 2016 candidate speak and lay out the next phase of her campaign.

Although there were roughly two areas fenced off for extra crowd viewing areas, more people packed in to see Clinton than did to see the seven GOP presidential candidates last weekend in Iowa at Sen. Joni Ernst’s Roast and Ride.

There was one almost empty area behind the press gallery with a large jumbotron airing Clinton’s speech. 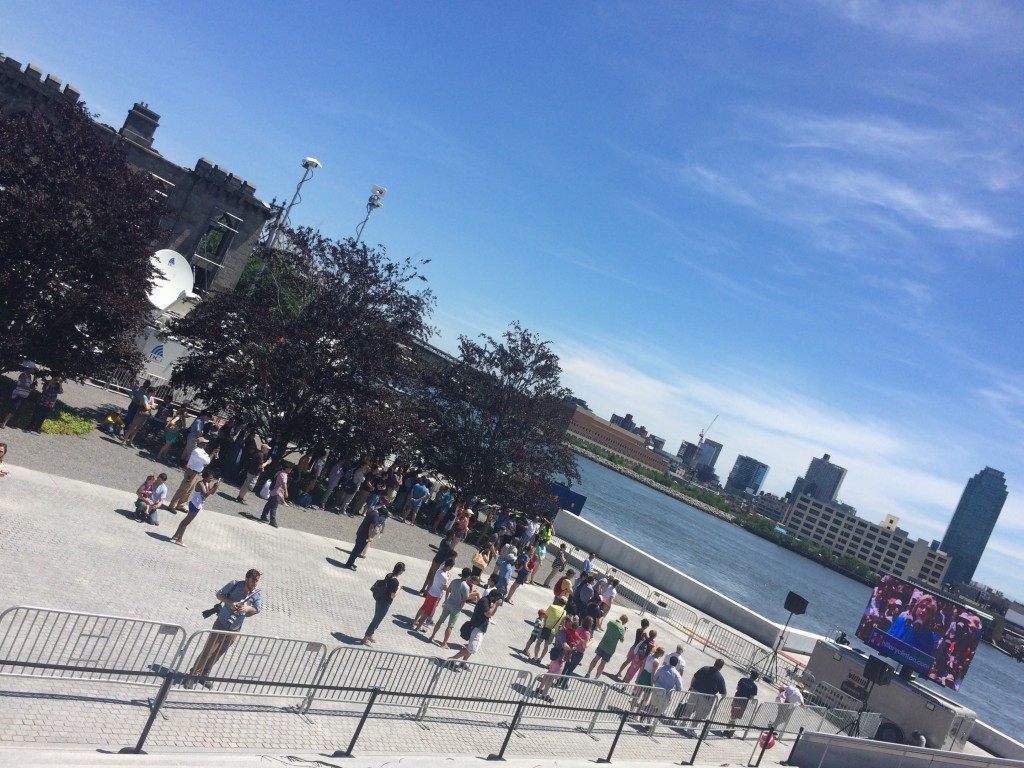 Breitbart News spotted another viewing area that was completely empty farther back – with loudspeakers, but no jumbotron.

Despite the empty areas, the large turnout showed Clinton still appears to be a strong contender despite the scandals (Benghazi, private email server, Clinton Cash) – to name a few – that trail her campaign.

“I’ve been called many things by many people, quitter is not one of them,’’ she said to her audience.

The crowd was predominately white middle age voters, but it was obvious Clinton was trying to reach younger voters by having pop music as well as live bands play before her entry, The candidate shook hands and talked with voters as she stepped onto the stage.

For example, Clinton had Echosmith – a major music group – play their hit “Cool Kids,” attempting to use the lyrics to reach younger voters:

Cheers from the crowd were the loudest when Clinton addressed women and LGBT issues. She came out for equal pay for women, a woman’s right to choose, and the right of everyone to love one another. 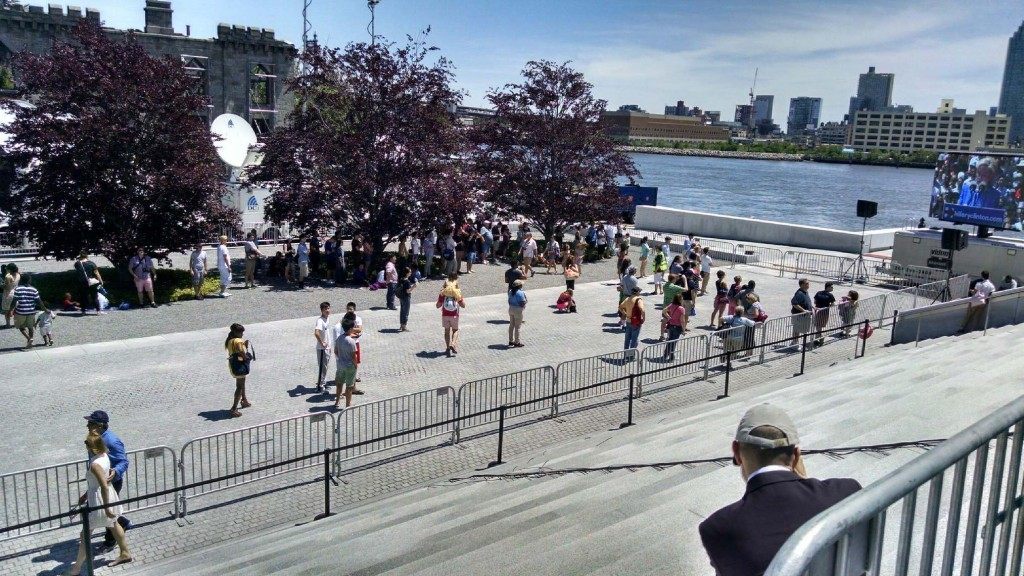 However, when it came to the economy, Clinton sounded like a Republican – touting how America needs government reform and how she plans to change the tax code “so it rewards hard work at home” instead of corporations “stashing profits overseas.”

Wisconsin Gov. Scott Walker – the top GOP candidate in most polls, although he’s not made an official announcement yet – issued the following statement during Clinton’s campaign, attempting to remind voters that although Clinton says she stands for all Americans, she is out of touch.

“Hillary Clinton’s re-launch of her campaign doesn’t change that her views are out-of-touch with mainstream America. We don’t need Washington telling us what to do; we need to build the economy from the ground up with government getting out of the way. Clinton would be a third term of Obama’s failed policies. Instead, we need new, fresh solutions,” stated Walker.

Former President Bill Clinton and their daughter Chelsea appeared at the end of Clinton’s speech – waving goodbye to the crowd as the family made their exit. Clinton is attending a private dinner this evening in the Hawkeye state, where she will be out campaigning over the weekend.