Pro-Obama amnesty activists from the Texas Organizing Project (TOP) disrupted a standing-room-only, grassroots event hosted by Texas Governor Greg Abbott in Houston on Tuesday. Chanting “Stop the Lawsuit” and “DACA… DAPA,” outside the gathering, the activists sent two people inside in two separate incidents to disrupt the Texas governor’s meeting.

Breitbart Texas witnessed the arrest of one of the protesters after property management and police asked him to leave the premises. He refused to leave and was promptly arrested by a Houston police officer. 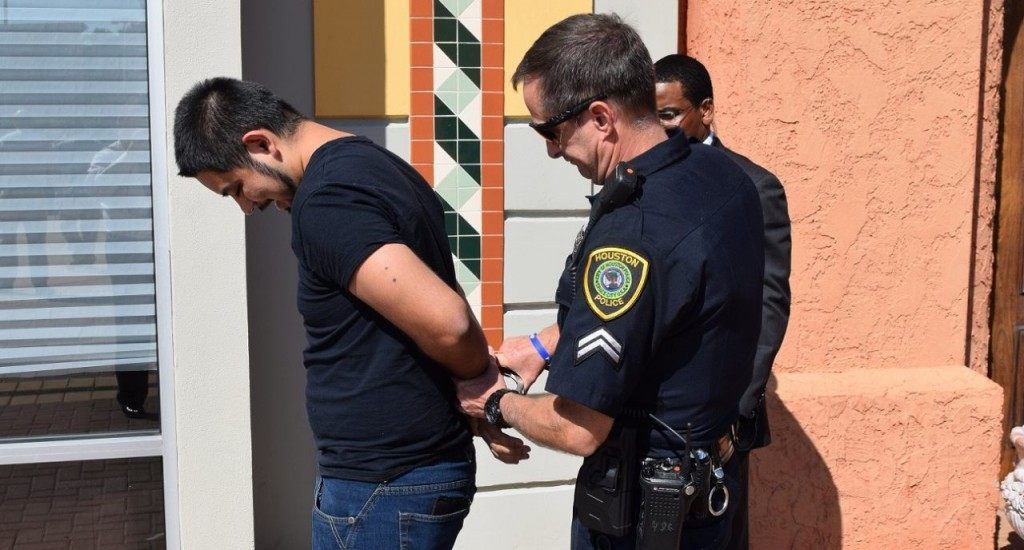 Abbott spoke to an over-flow crowd at Café Adobe in Houston. Restaurant owner Bob Borochoffe introduced the governor to the excited crowd. During his speech he recognized and praised local members of the Texas legislature including State Senators Paul Bettencourt and Lois Kohlkorst, and State Representatives Patricia Harless, Mike Scholfield, Dan Huberty, Gilbert Peña and Wayne Smith. Other elected officials were also on hand for the event targeting the grassroots activists of the Houston area. 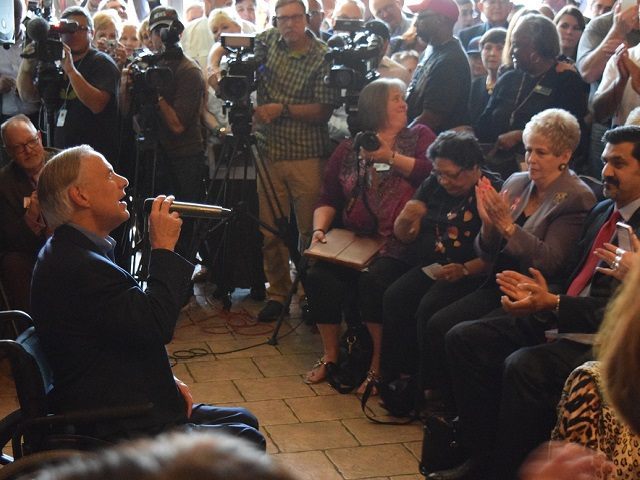 During Abbott’s speech, one TOP member began yelling at the governor about the pending lawsuit in South Texas between the Lone Star State and the Obama Administration over an executive action program that would lead to more than 5 million illegal aliens being allowed to remain in the United States. The heckler was asked to leave and was escorted from the building. He rejoined the group of TOP protesters who had just arrived outside. The second protester, who was eventually arrested for failing to leave private property when ordered to do so, began his activities at the end of Abbott’s speech. 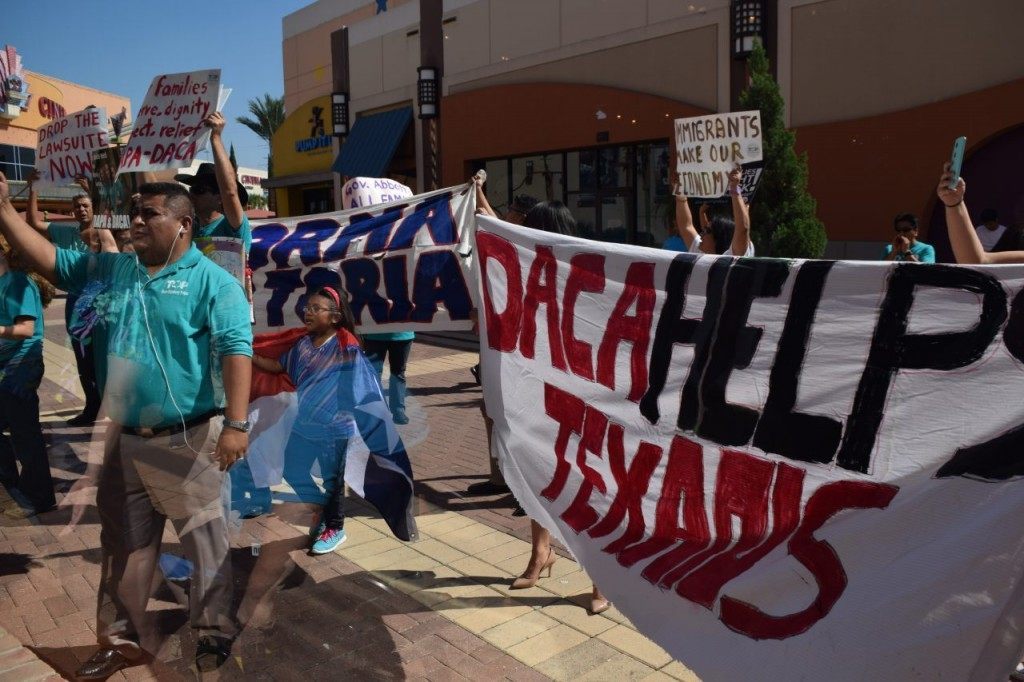 Less than 25 protesters from TOP appeared outside the restaurant. They remained on the private property of the shopping center after property management requested that the leave. When police finally arrived and asked them to leave, they said they were done anyway and began to disperse.

The governor discussed the successes of the 2015 legislative session. The event was his ninth and last stop as part of his statewide Grassroots Tour. 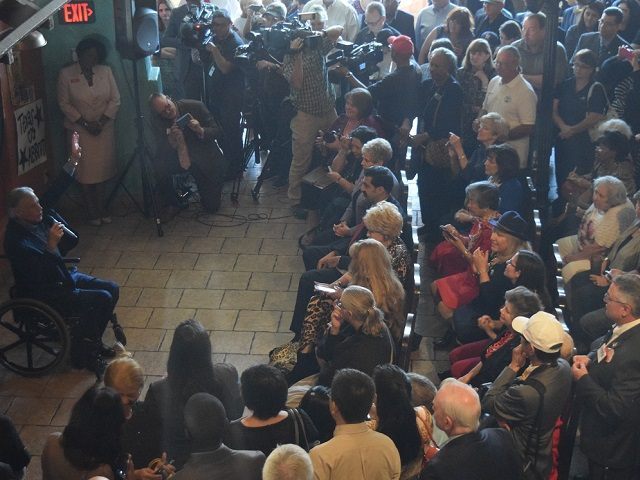 Abbott discussed the $4 billion in cuts for property taxes and business franchise taxes, an increase in the homestead exemption and historical levels of transportation funding, the almost $1 billion set for border security, and laws enacted to protect religious liberties, among other legislation.

The governor took the time to listen to feedback from those who attended, and as his practice since he first took office in the early 1990s, Abbott took the time to greet and be photographed with every person at the event. 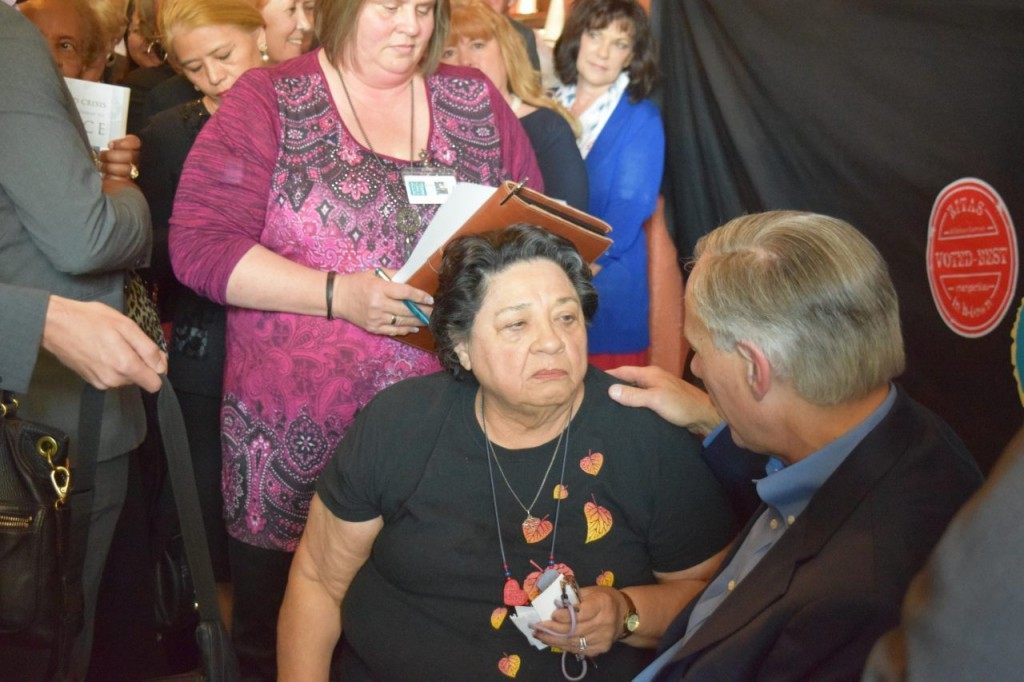 The governor began his Grassroots Tour in McAllen on September 16. Since that date he has been to Dallas, San Antonio, Waco, Abilene, San Angelo, Odessa, and Amarillo.