U.S. anti-jihad agencies have jailed or arrested 101 men since 2001 who are named for Muhammad, the reputedly final and perfect prophet of Islam, despite President Barack Obama’s insistence that Islamic “violent extremism” – and the 101 Muhammads – have nothing to do with Islam.

One hundred Muhammads are listed in two Senate documents describing 711 arrests or convictions since 2001, when Khalid Sheikh Mohammed sent Mohamed Atta and 18 others to destroy the Twin Towers.

On July 5, immigrant Mohamed Bailor Jalloh was charged with aiding terrorists, making him the 101st Muhammad. 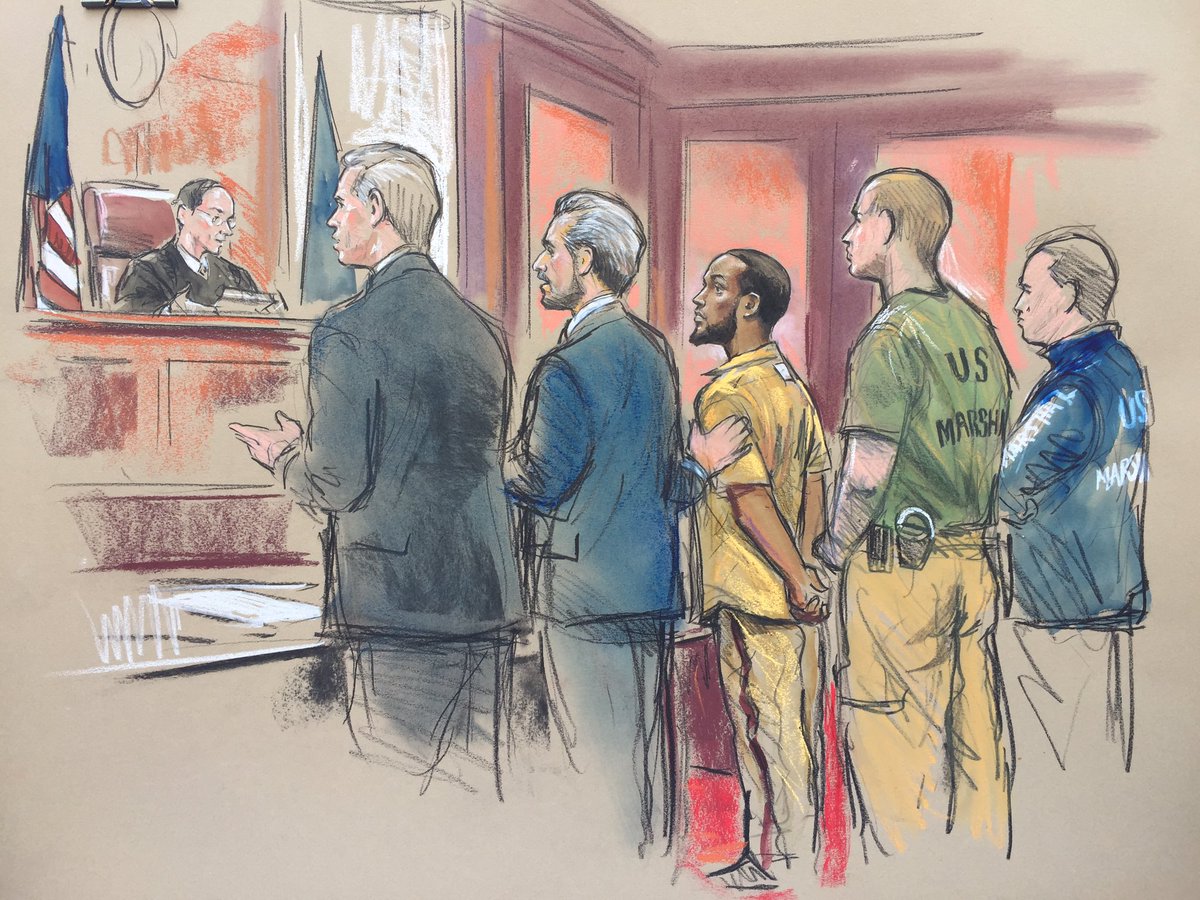 The lists do not include any Muhammads who have attacked European targets, such as Mohamed Lahouaiej Bouhlel, who used a truck to kill more than 80 people in Nice, France, on July 14.

The prevalence of so many Muhammads on the federal arrest tally obviously does not mean that all or most people named Muhammad are about to go jihad on their neighbors. Names are not destiny – only one Joseph has become a Russian dictator, only one Albert developed the theory of relativity, and only one Patrick reputedly drove the snakes out of Ireland. In fact, only a very small percentage of Muslims in America try to live up to their ideology’s violent ideals – and perhaps half have walked away from the Islamic faith of their fathers.

But the sheer number of Muhammads who try to emulate their namesake’s violent actions contradicts the insistence by federal officials – and by much of the media – that the terrorist attackers have nothing to do with true Islam.

“Muhammad” and its derivatives are very common Arabic names because orthodox Muslims teach that an Arab man named Muhammad conveyed Allah’s religion of Islam first to the Arabs and to the rest of the world, starting in 610. That belief is a near-universal source of pride among Muslim Arabs, even though many experts question whether Muhammad actually existed. Moreover, the Koran, which Muslims believe is an exact copy of Allah’s commandments, urges Muslims to emulate Muhammad, the reputed “Messenger of Allah.”

There has certainly been for you in the Messenger of Allah an excellent pattern for anyone whose hope is in Allah and the Last Day and [who] remembers Allah often.

That’s very different from Christians’ emulation of Jesus, who reportedly said “Blessed are the meek, for they will inherit the earth,” urged his followers to “Put your sword back in its place … all who draw the sword will die by the sword,” and then allowed himself to be killed on the Romans’ cross.

The first Muhammad list is titled “DOJ Public/Unsealed Terrorism and Terrorism-Related Convictions 9/11/01-12/31/14.” The second is titled “Individuals Implicated in Terrorism Since March 2014,” because it also includes people who have been charged, but not found guilty. The two documents were prepared by the Senate Committee on the Judiciary’s subcommittee on immigration and the national interest.

A careful analysis of the lists show 100 people carrying a variant of the Muhammad name.

That tally of 100 Muhammads includes two converts who adopted the name — Antonio Martinez AKA Muhammad Hussain, and Jose Pimentel AKA Muhammad Yusuf.

The tally of 101 Muhammads undermine the repeated insistence by President Obama and his deputies that the attacks have nothing to do with Islam.

In February 2015, for example, President Barack Obama insisted that “we are at war with people who have perverted Islam.”

After Omar Mateen killed 49 Americans at the Pulse gay nightclub attack, Obama’s spokesman insisted that terror attacks are launched by groups that “pervert the religion of Islam to justify their murderous, nihilistic agenda.” The spokesman continued:

What they’re also trying to do is to claim the mantle of Islam to describe themselves as holy warriors, or religious leaders, engaged in a conflict with the United States of America. They’re wrong about that. That is a false agenda. That is a myth. That is not true. And this administration and the previous administration have gone to great lengths to debunk that myth and make clear that these organizations are seeking to perpetuate a perverted form of Islam.

That claim is difficult to square with the Muhammad lists, or even with Mateen’s declared support for Muhammad during his 9-1-1 calls:

Omar Mateen: Praise be to God, and prayers as well as peace be upon the prophet of Allah [Muhammad]. I wanna let you know, I’m in Orlando and I did the shootings.
Operator: What’s your name?
OM: My name is I pledge of allegiance to Abu Bakr al-Baghdadi of the Islamic State.
O: Ok, What’s your name?
OM: I pledge allegiance to Abu Bakr al-Baghdadi may Allah protect him, on behalf of the Islamic State.

When discussing attack operations, JALLOH stated he knows such operations are “100 percent the right thing.” JALLOH then asked if [the FBI source] ever thought about targeted operations (targeted killings). JALLOH then identified a person by name who had organized multiple Draw the Prophet Mohammad contests in the United States … this individual would be an ideal focus of a targeted attack because of his/her actions against the Prophet Mohammad.

Homeland Security Secretary Jeh Johnson also tries to downplay the link between Islam’s ideas and the Islamic terror attacks, by claiming the Islamic State is not Islamic. “The FBI has made a number of arrests of those who have been inspired by ISIL’s calls and al-Qaida’s calls,” he said in March 2016. “I think that to call [the Islamic State’s supporters] some form of Islam gives the group more dignity than it deserves,” Johnson said in February 2015.

Officials are also trying to minimize the role of even a “perverted form of Islam” in motivating terrorism. For example, Attorney General Loretta Lynch downplayed Omar Mateen’s Islamic justifications for his nightclub murders by saying “federal investigators are still uncertain as to what drove Mateen to violence and to what extent he may also have been motivated by anti-gay hatred.” She also said that “people often act out of more than one motivation,” and Mateen’s true motive “may never be known.”

“I think that there is a distinction to be drawn between terrorism, violent extremists, and the Islamic faith, which is, as you know, a religion of peace,” Johnson told the Senate Judiciary Committee on July 30. “And those who follow that faith believe in peace,” he insisted, despite the vast tide of evidence.

Amid the official see-no-Islam policy – which has also blinded FBI training and investigations – the names on the Muhammad lists of convicted and arrested terrorists draws heavily from Islamic themes, but include very few names drawn from other religions.

For example, the lists include only one Matthew, one Mark, and three Johns, but no Luke. There are two Abrahams in the lists. Yehuda Abraham was convicted in 2004 for illegally transferring cash used in a plot to buy anti-aircraft missiles. Abraham, then aged 76, did not know he was involved in an Islamic plot. Also, Patrick Abraham, a Haitian-born man, was sent to jail for a 2006 plot.

Many other names on the lists are drawn from Islam.

Four of the men on the lists have the name “Hafiz,” including Hafiz Muhammad Sher Ali Khan, who was convicted in March 2013. The Hafiz name is an honorific given to people who memorize the Koran.

Eleven more men in the lists carried “Ibrahim” as a name. That’s the Arabic version of Abraham, who is also regarded by Muslims as one of Allah’s prophets.

Two other men were named “Issa,” which is the Arab form of Jesus, who is regarded by Islam as the last Islamic prophet before Muhammad. In fact, Islamic theology says “Issa” will return to Earth just before the apocalypse; “The Hour will not be established until the son of Mary descends amongst you as a just ruler, he will break the [Christian] cross, kill the pigs, and abolish the Jizya tax [paid by non-Muslims]. Money will be in abundance so that nobody will accept it (as charitable gifts).”

Two men carry the name “Mujahid,” which means “Allah’s Warrior.” The lists also include five people named Abdullah, which translates to “Slave of Allah,” and four people named Malik, who Muslims say was one of Muhammad’s immediate successors.

The Muhammads lists also have many additional names common in Arabic, which Muslims believe is Allah’s own language. They include seven Husseins or Hussains, plus one Awad and seven Omars, including Omar Mateen.

Websites that count the frequency of names suggest that fewer than 50,000 people in America have a first or second name related to Muhammad. That’s only one Muhammad for every 60,000 Americans. But the Mohammad lists show one person named after Muhammad for every seven people on the lists.