Hispanic Americans are set to outpace black Americans as the largest voting minority group in the 2020 election for the first time ever, new research finds.

Pew Research Center projections predict that Hispanic American voters will now be the largest voting minority in the 2020 presidential election, passing black American voters for the first time in United States history. Hispanics have been the largest minority group in the U.S. since 2003.

This translates to about 32 million Hispanics who will be eligible to vote in the 2020 election and about 30 million eligible black American voters. 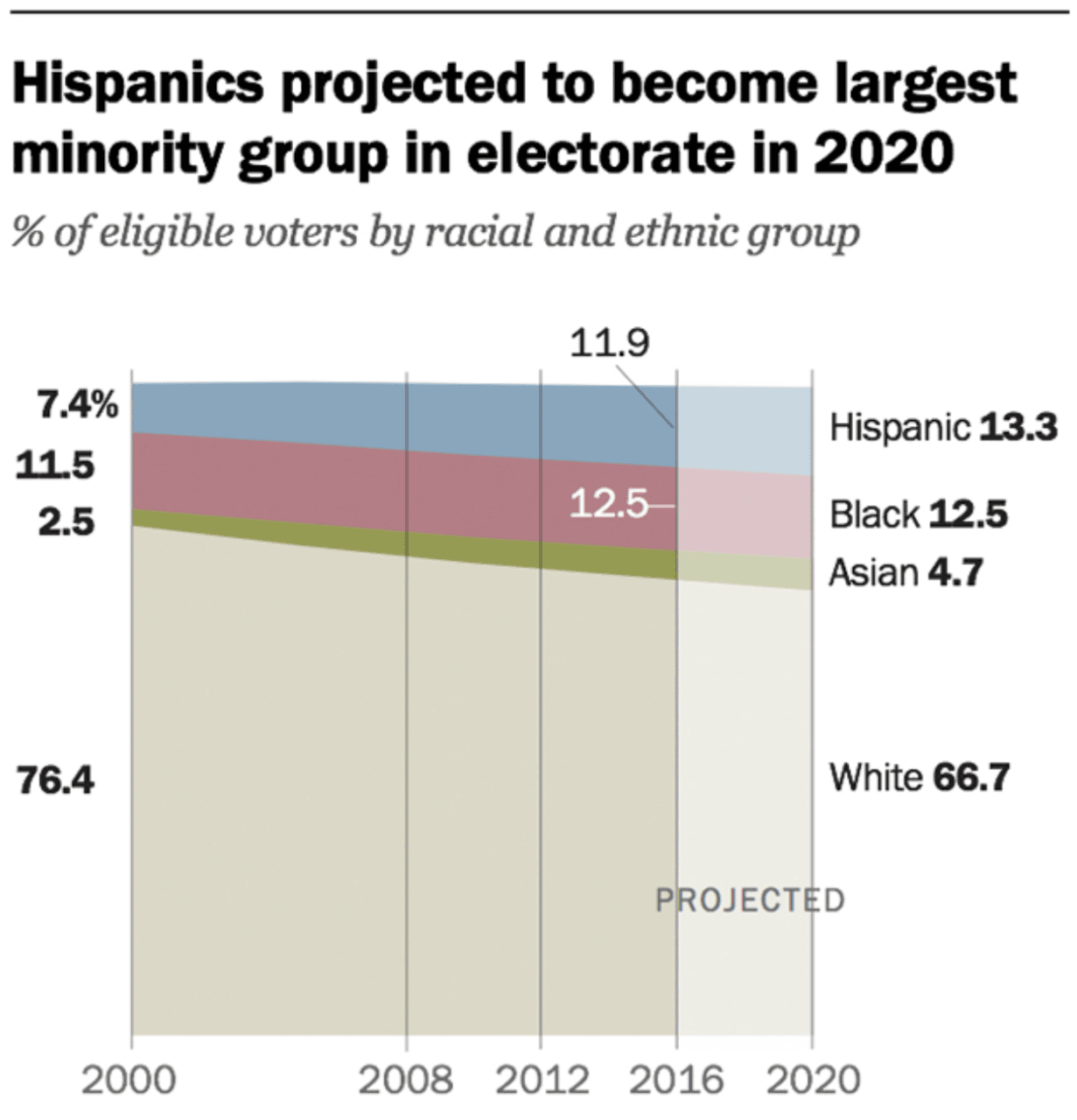 While the Hispanic, black American, and Asian eligible voting populations have all increased since 2000, the number of eligible white Americans has decreased as a total share of the U.S. electorate.

The Pew Research study matches demographic trends that are projected over the next four decades, driven nearly entirely by the country’s legal immigration policy that admits more than 1.2 million legal immigrants every year — the vast majority of which are low-skilled workers who compete for jobs against America’s working and middle class.

By 2040, Center for Immigration Studies Director of Research Steven Camarota projects that current legal immigration levels will bring about 15 million new foreign-born voters to the U.S. Of those 15 million foreign-born voters added to the voter rolls, about seven to eight million will arrive through the process known as “chain migration,” whereby newly naturalized citizens can bring an unlimited number of foreign relatives to the country.

The new foreign-born voter population to be added over the next 20 years is more than three times the number of American births every year and nearly double the population of New York City, New York.

Ahead of 2020, nearly all Democrats vying for the Democrat presidential nomination have announced their support for not only amnesty for all 11 to 22 million in the U.S. but also for continuing the Washington, D.C.-imposed mass immigration policy that has stifled Americans’ wages and redistributed working and middle class wealth to top earners.

Former Rep. Beto O’Rourke (D-TX), for example, has suggested he supports an illegal and legal immigration system that delivers cheaper, foreign workers to businesses and corporations rather than increasing U.S. wages by reducing overall immigration levels.