Larry Kudlow, top economic adviser to President Donald Trump and director of the National Economic Council, said the United States is at the “beginning of a new prosperity wave” that would die if the socialism Democrats are increasingly embracing were put in place in the United States. 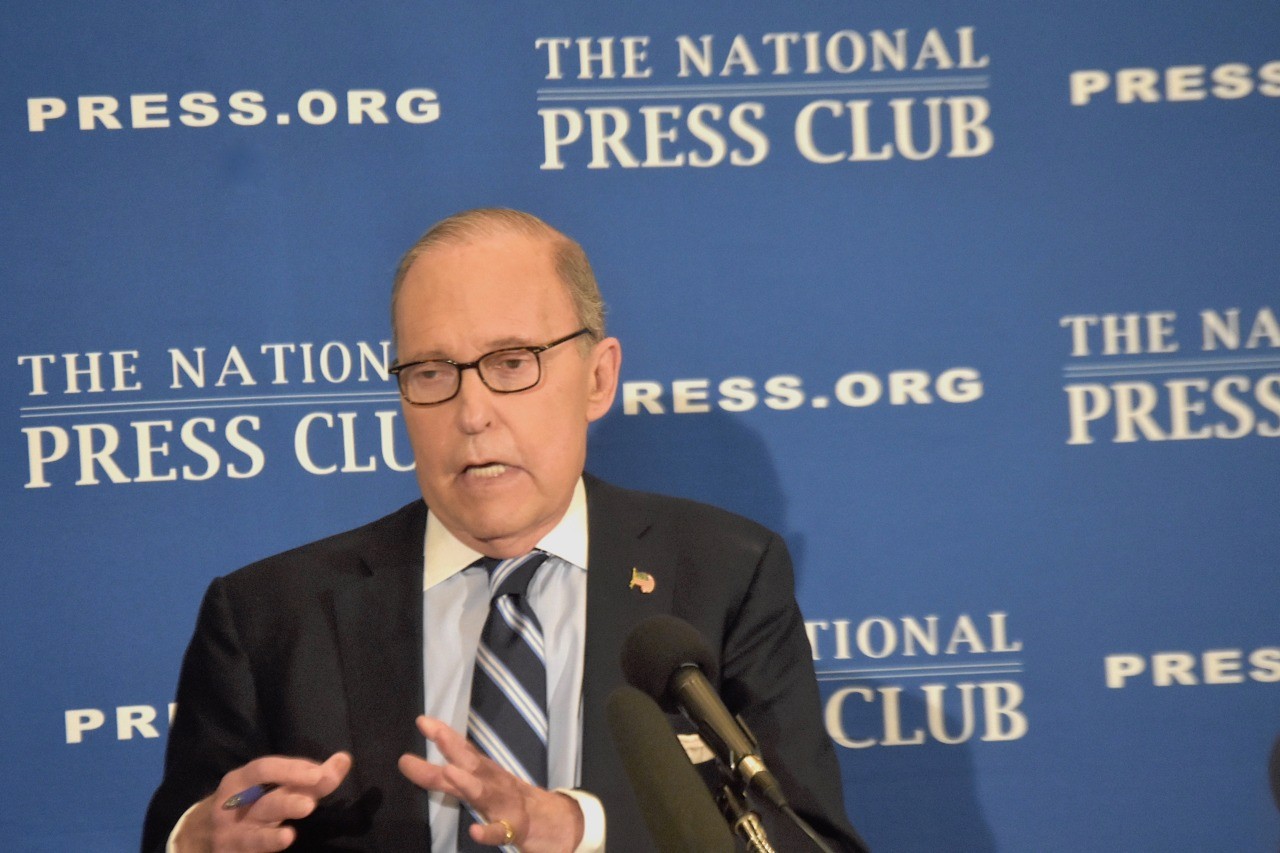 Speaking at the National Press Club on Tuesday, Kudlow began his remarks by touting the “Trump new economy” that is thriving because of reduced taxes and regulations and incentivizing of small businesses and entrepreneurs.

But as Kudlow wrapped up his speech, he said he felt compelled to respond to what Democrats are saying about socialism and their promises to give people a long list of freebies, from health care to education to a guaranteed income.

“Socialism is a loser,” Kudlow said. “I don’t want us to forget the lessons of the past.”

Kudlow said the other president he worked for — Ronald Reagan — believed he would defeat communism and end its tyranny over the Russian people.

“And he was right,” Kudlow said.

“Collectivists, central planning, government-run economies throughout history have failed,” Kudlow said. “They sap our morale; they reduce our freedom.”

“But most of all from my standpoint as an economics guy. .. they generate poverty, not prosperity.”

“And it just strikes me as odd and hard to understand,” Kudlow said. “We are at the beginning of a new prosperity wave in this country. We are the hottest economy in the world.”

The socialist policies being pushed by the left would “slice 15 percent of GDP right out — within ten years,” Kudlow said.

Kudlow also said there is a consensus among experts that the big government give-a-ways Democrats want would cost the economy as much as $100 trillion, and as many as 180 million people could lose their private health insurance.