President Donald Trump says he is “absolutely” considering a travel ban on Brazil, which now has nearly 5,400 active cases of Chinese coronavirus and more than 200 deaths.

During a press briefing on Tuesday, Trump said his administration is reviewing implementing a travel ban on Brazil to prevent foreign nationals from landing in the U.S. at the risk of spreading the coronavirus.

“We are looking at numerous countries as they get in a position,” Trump said. “Brazil, as an example … Brazil had no problem until just a short time ago. And now they’re starting to get inflamed.”

“Yes, we are absolutely looking at a ban,” Trump said. “There are two other countries you mentioned — Iran already has a ban. They had an automatic ban and, in addition to that, they have a [coronavirus-related] ban … so we’re looking at certain countries as they become hot.”

Though Brazil has 5,389 active cases of the coronavirus and more than 200 deaths, regular daily flights have continued from the South American nation to the U.S. 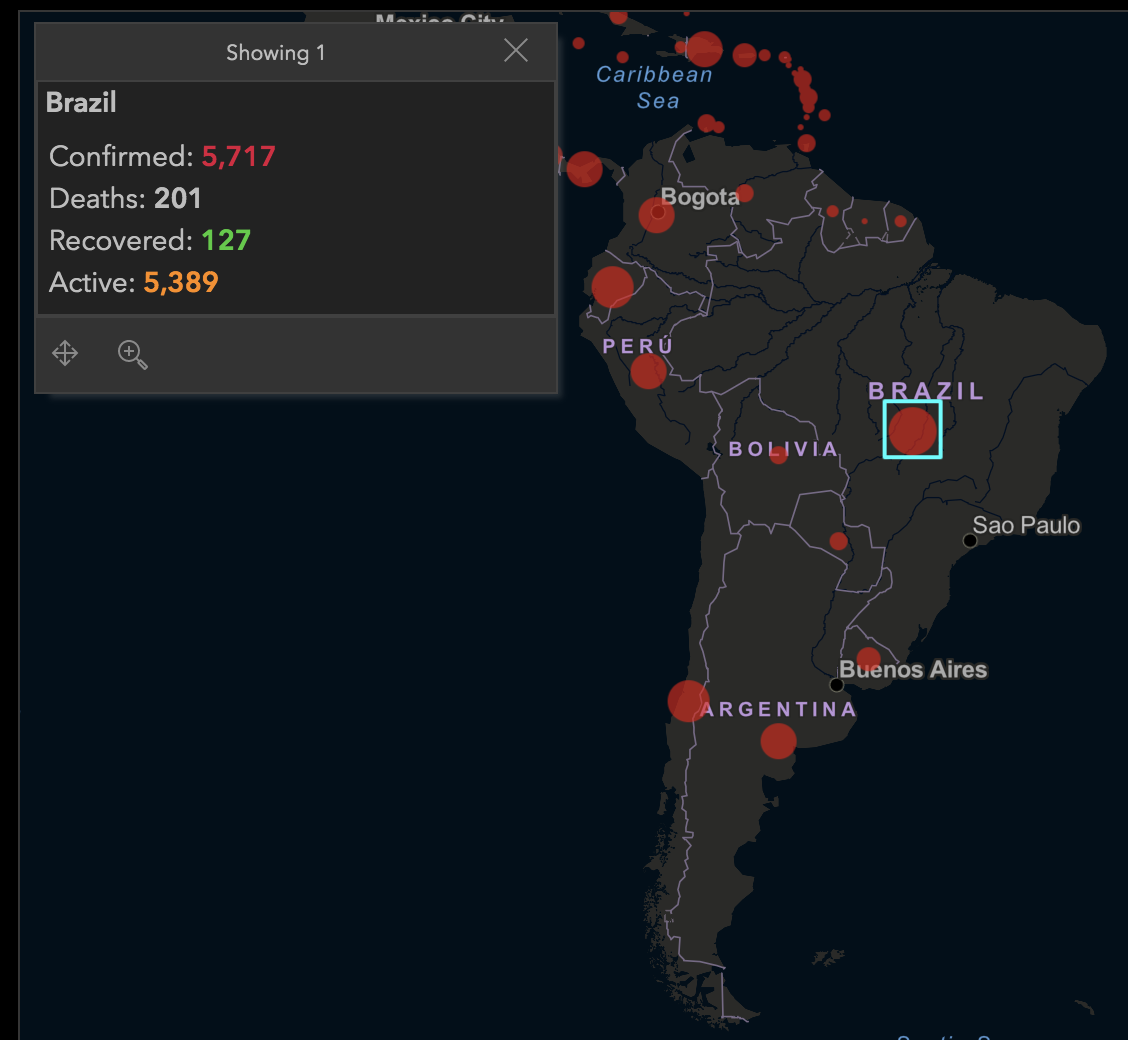 A review of flight data from Sao Paulo Guarulhos International Airport — Brazil’s largest airport — reveals that on March 31, alone, about ten flights were scheduled for arrival or had already landed in the U.S.

On April 1, about six flights from Sao Paulo, Brazil, are set to arrive at various U.S. airports. Most of these U.S.-bound Brazilian flights are headed to Miami, Florida; Orlando, Florida; Houston, Texas; Dallas, Texas; Atlanta, Georgia; and Boston, Massachusetts.

Aside from these daily direct flights from Sao Paulo to the U.S., hundreds of flights fly out of Brazil every day bound for countries like Mexico, Chile, Argentina, Peru, and Panama — all of which have confirmed coronavirus cases and from which foreign nationals can then fly to the U.S.

Already, Trump has closed the southern and northern borders to migrant entry and has imposed travel bans on China, Iran, and Europe. Still, hundreds of international flights every week have continued arriving in the U.S. from other regions of the world.

The travel bans, praised by the nation’s leading health experts, have widespread support among Americans. About 95 percent of Americans said, “restricting international travel to the U.S.” is the most necessary action to stopping the spread of the coronavirus, according to the latest Pew Research Center survey.

This includes about 96 percent of Republican voters and 94 percent of Democrat voters who said travel bans are vital to fighting coronavirus — making it the most popular policy initiative among Americans overall.

Many have called for a full immigration moratorium and across-the-board travel ban to prevent new arrivals and foreign nationals from entering the U.S. amid the coronavirus crisis. Canadian Prime Minister Justin Trudeau has ordered an international travel ban that effectively stops all foreign air travelers from entering Canada.