While visiting Speaker of the House Nancy Pelosi’s (D-CA) office on January 15, 2019, Angel Parents Sabine Durden and Don Rosenberg said Harris effectively ignored them when they stopped by her Washington, D.C., Senate office.

Durden and Rosenberg said they walked past Harris’ Senate office and noticed a sign that read “DREAMers are welcome here” in Spanish. Durden took a photo of the sign, placing her son Dominic’s photo next to it. 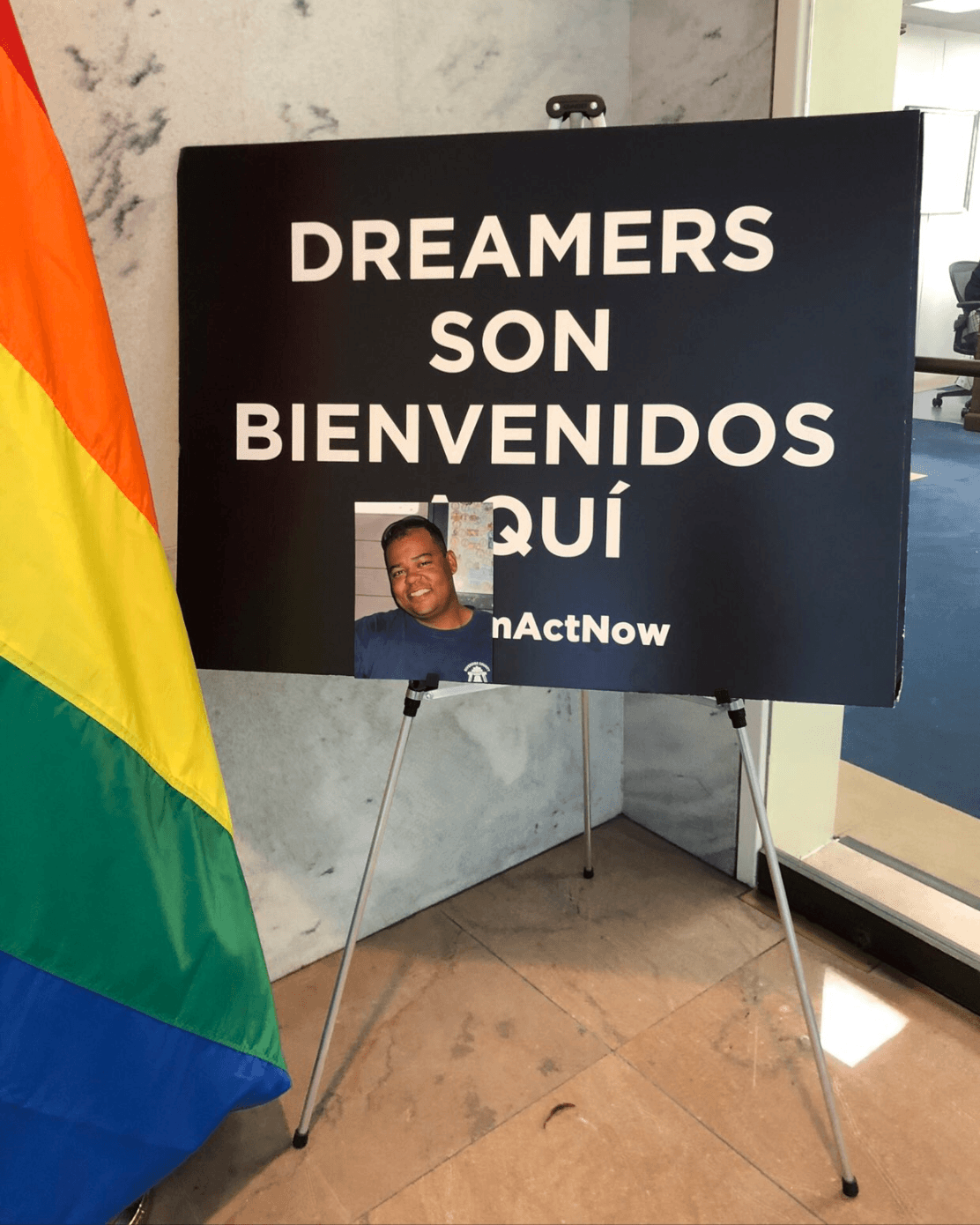 When Durden and Rosenberg entered Harris’s office, both holding photos of their sons, they said a staffer greeted them.

“I said ‘They used to have big dreams until they were killed by illegal aliens,'” Durden told Breitbart News.

Rosenberg said he told the staffer “I see DREAMers are welcome here; what about nightmares?” referring to the loss of his son at the hands of an illegal alien.

That’s when Durden said they were told to leave the office.

“I said ‘You are telling DREAMers they are welcome, but us, American citizens and legal immigrants are not welcome?'”

Rosenberg said he was generally surprised by the reaction from Harris’s office because he expected sympathy when they told the stories of their sons. Durden said it was obvious that once they heard that their sons had been killed by illegal aliens, Harris’s staff did not want them in the office any longer.

“We would give two minutes of our time for her to see the pain, but we don’t even get that respect. It’s painful to see,” Durden said. Rosenberg told Breitbart News that he has unsuccessfully tried for years to secure a meeting with Harris.

The last instance where Rosenberg said he attempted to get a meeting with Harris, he was told that she was busy and her scheduled was packed. Then, at the same period when Rosenberg had asked for a meeting, Harris joined in at an unplanned press conference to denounce President Donald Trump’s rescinding of the DACA program in September 2017.

“She can be at a press conference for DACA recipients, but she can’t meet with a constituent,” Rosenberg said.

At the press conference, Harris scolded senior officials in the Trump administration for never meeting with any of the roughly 800,000 illegal aliens enrolled in the DACA program.

“When I asked, they confessed they’d never met a DREAMer,” Harris said of Trump administration officials. “How can you form such strong opinions about people you’ve never met, people you don’t know, and then allow this population of people to be vilified. It’s not only wrong, it’s irresponsible.”

For Angel Parents like Durden and Rosenberg, who have never been able to meet with Harris, she has formed strong opinions about illegal immigration without meeting with Americans who have been directly impacted by policies she supports.

Harris, as Democrat presidential candidate Joe Biden’s running mate, is proposing an amnesty for 11 to 22 million illegal aliens living in the United States, a national sanctuary city policy, a reinstatement of the Catch and Release program, and an increase of refugee resettlement by about 700 percent.