The analysis, conducted by the Federation for American Immigration Reform (FAIR), projects that the nation’s illegal alien population will increase dramatically as a result of Biden’s mass migration agenda where border crossers are routinely being released into the U.S. interior, most illegal aliens are evading deportation, and there are no plans for a crackdown on visa overstays.

The illegal alien population “could exceed 20 million” if Biden “implements all of his preferred policies” by the end of 2024, the analysis estimates.

“… the illegal alien population is set to surge under the Biden administration,” FAIR’s analysis states.

As evidence, FAIR notes that even as former President Donald Trump implemented strict border controls, boosted deportations of illegal aliens, and closed a number of visa loopholes, the illegal alien population “grew considerably” from their estimate of 12.5 million at the start of 2017 to 14.5 million by the end of 2020.

“This can be attributed to a number of reasons, including a strong economy throughout most of [Trump’s] presidency,” the analysis states:

However, it can also be attributed to a failure to enforce some existing laws or implement important policies that would deter migrants from coming to the United States illegally, such as mandatory E-Verify or the prosecution of businesses that hire those who are not authorized to work in the United States. [Emphasis added] 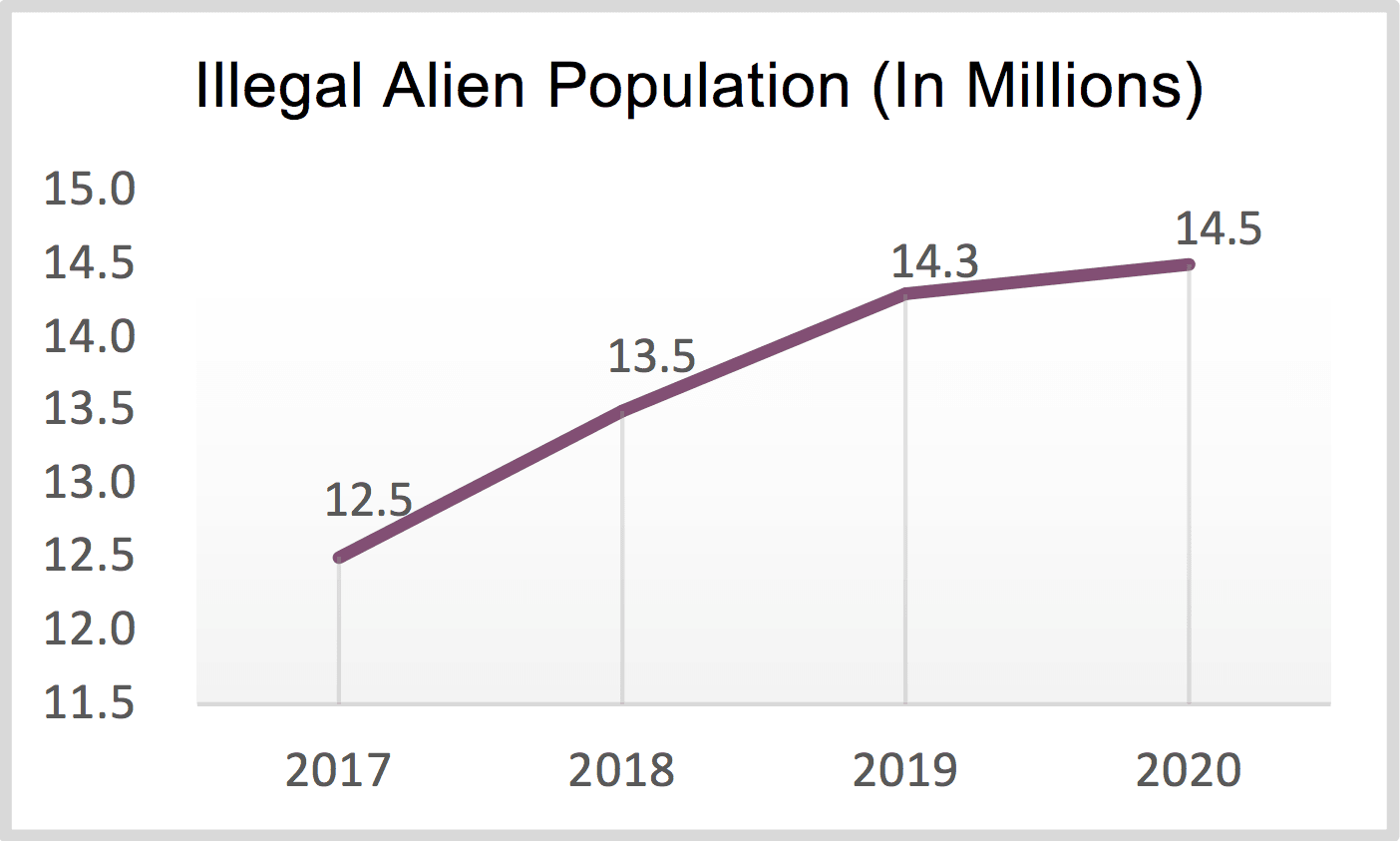 Biden’s recent plans to slip an amnesty into a federal budget, drafted by Senate Democrats, would allow millions of illegal aliens would have “negative impacts on taxpayers,” the analysis states — one being that they would “immediately become eligible for federal welfare programs.”

The flood of illegal immigration since Biden took office, the analysis states, is a direct result of Biden’s “promises of amnesty” in addition to his gutting of interior immigration enforcement and ending of most Trump-era border controls.

Analysis by Steven Kopits of Princeton Policy Advisors estimates that the Biden administration will drive nearly 1.7 million illegal aliens to the U.S.-Mexico border by the end of 2021 — making it the worst year for illegal immigration in American history.

For perspective, should nearly 1.7 million illegal aliens arrive at the border this year, this would be a foreign population three times the population of Wyoming.