President Joe Biden continues promoting coronavirus vaccine mandates for American citizens, but the White House still struggles to explain why that standard is not applied to migrants crossing the Southern border.

Psaki said that “interagency working groups” are developing a plan for international travel but did not address migrants coming across the Southern border.

“Given where we are today with the Delta variant, we will plan to maintain existing travel restrictions at this point,” she said.

In McAllen, Texas, 7,000 migrants who were positive for the virus have been released into the city since February, including 1,500 people in the last seven days. McAllen declared a state of disaster in response to the crisis, opening up funding allowing them to tackle the crisis. 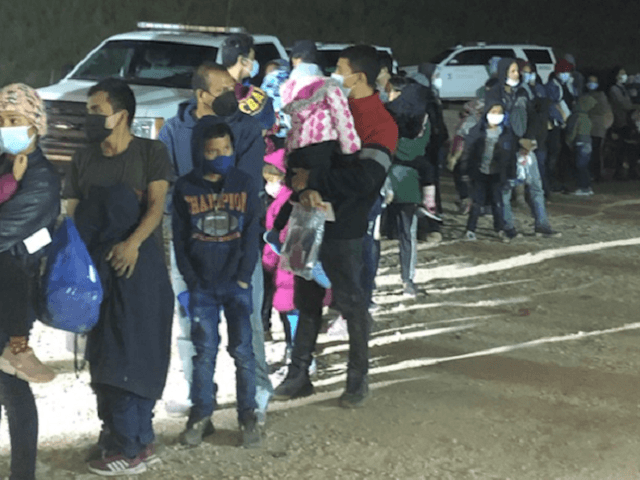 “Lately we’ve been getting about 1,800 immigrants a day,” McAllen’s Republican Mayor Javier Villalobos said in a Facebook video. “Then, coupled with the fact that 15 percent of the immigrants have COVID, have caused substantial problems to our great city of McAllen.”

The city has set up emergency temporary shelters for migrants who have tested positive, but there is still no vaccine mandate from the administration.

Psaki defended the Biden administration’s handling of the situation, insisting that migrants are required to wear masks when in custody. She also said migrants showing signs of the coronavirus are referred to local healthcare facilities for testing, isolation, and treatment.

On Friday, the press secretary said the Department of Homeland Security is “taking steps” to help stop the spread of the coronavirus — but again only spoke about the mask requirement for migrants picked up by border patrol and government officials referring migrants with the virus to local health care.

“That is part of what as a government, steps we are certainly taking,” she said.

The White House did not respond to a follow-up question from Breitbart News about a possible vaccine mandate for migrants.

The Department of Homeland Security appears tacitly interested in addressing the crisis, as the Washington Post reported Department plans to offer vaccines to migrants in custody and even migrants facing deportation.

But there was no mention in the report of a vaccine requirement similar to the mandate for international travelers to the United States.

At a press conference this week, Biden signaled his willingness to allow border officials to send some border-crossers back to Mexico using Title 42 authorities. But he repeated that unaccompanied minors will continue being permitted into the country.

“[U]naccompanied children is a different story, because that’s the most humane thing to do is to test them and to treat them and not send them back alone,” he said.