Surveying 490 registered Republican voters on September 15 and 16, the poll showed Trump in a dominant position atop the GOP and Pence on the rebound atop a Trump-less field and in second place behind Trump in a field with the former president. The poll was conducted by Harvard’s Center for American Political Studies (CAPS) and Harris. 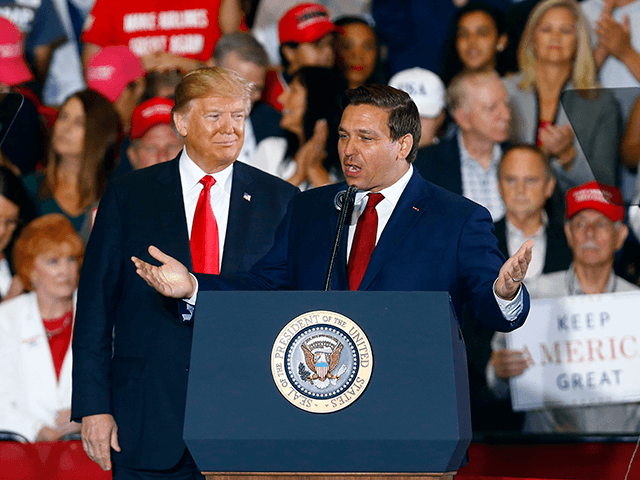 The poll clearly shows that former President Trump still holds command over the GOP, which tracks with current trends showing he would beat President Joe Biden if the election were held again today. As the Hill noted:

Former President Trump is the clear favorite to win the GOP’s 2024 presidential nomination if he decides to mount another bid for the White House, according to a Harvard CAPS-Harris Poll survey released exclusively to The Hill on Monday.

Nearly 6 in 10 Republican voters surveyed — 58 percent — say they would vote to put the former president back on the ballot in 2024, suggesting the party is ready and willing to give Trump another chance after his 2020 loss to President Biden.

As to whether respondents favored Trump’s performance while in office, the poll shows that 51 percent think Trump was a better president than his successor, while 49 percent favor Joe Biden. 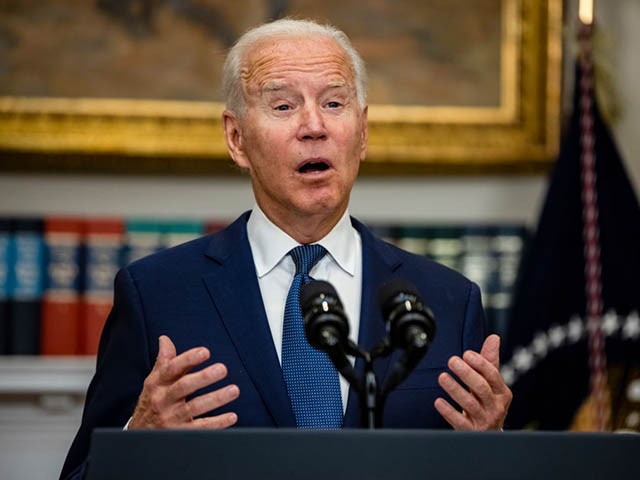 President Joe Biden speaks in the Roosevelt Room on the continuing situation in Afghanistan and the developments of Hurricane Henri at the White House on August 22, 2021, in Washington, DC. (Photo by Samuel Corum/Getty Images)

Mark Penn, the co-director of the Harvard CAPS-Harris Poll survey, told the Hill that Trump holds a “strong lead” over potential 2024 candidates, even going so far as to blame social media giants Facebook and Twitter for the former president’s popularity.

“While defeated candidates rarely come back, Trump has a strong lead in the Republican primary especially among the most dedicated Republicans,” Penn said.

“Facebook may have done Trump a favor as since he is out of the daily social media traffic his numbers have risen to an unprecedented 48 percent favorable,” Penn added. “But the polarizing opinions on Trump make him today as likely to sink the Republican Party as help its return.”