Scientists at the University of California-Riverside will be studying how to turn plants into “mRNA vaccine factories,” the school announced last week.

The National Science Foundation (NSF), which is partly funded by the federal government and created by Congress in 1950, awarded the school a $500,000 grant in August. The goal of the study is to find a way “to grow edible plants that carry the same medication as an mRNA vaccine,”  WFLA reported on Saturday.

“Ideally, a single plant would produce enough mRNA to vaccinate a single person,”Juan Pablo Giraldo said in a statement. He is an associate professor in UCR’s Department of Botany and Plant Sciences and is leading the research.

The study will reportedly be done in collaboration with scientists from UC San Diego and Carnegie Mellon University. 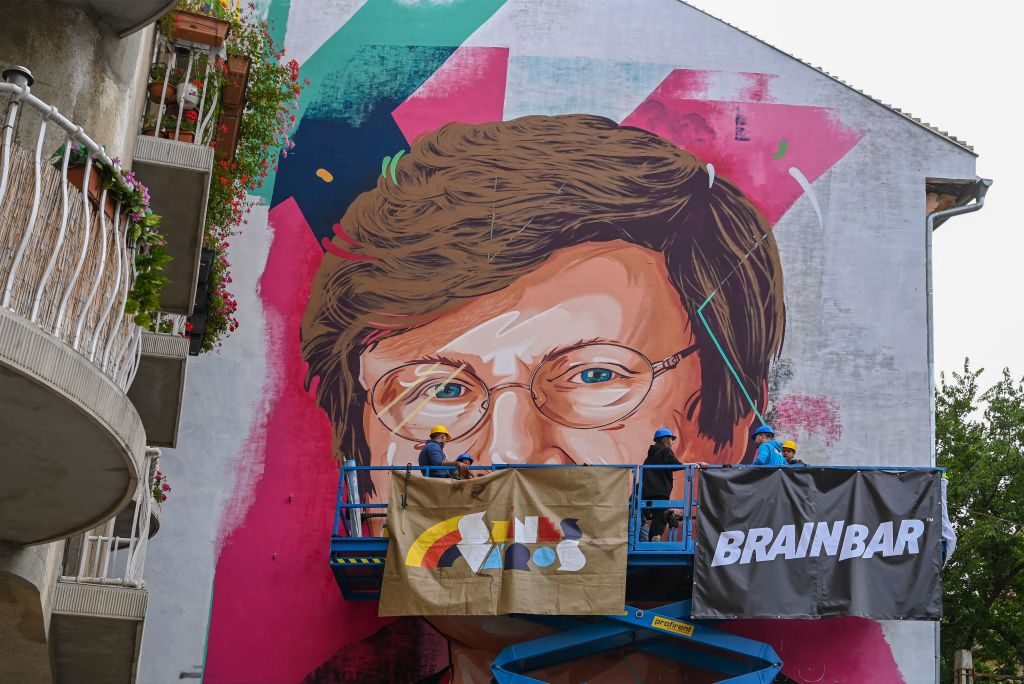 The portrait of Hungarian-American scientist Katalin Kariko is seen on a firewall in Budapest on August 28, 2021, amid the ongoing coronavirus Covid-19 pandemic. The pioneering work of Kariko and American immunologist Drew Weissman on mRNA paved the way for the Pfizer and Moderna Covid-19 vaccines against the coronoavirus. (ATTILA KISBENEDEK/AFP via Getty Images)

“We are testing this approach with spinach and lettuce and have long-term goals of people growing it in their own gardens,” he continued. “Farmers could also eventually grow entire fields of it.”

The project overall has three goals, according to the school:

Giraldo said they key to making edible mRNA vaccines are chloroplasts — “small organs in plant cells that convert sunlight into energy the plant can use.”

“They’re tiny, solar-powered factories that produce sugar and other molecules which allow the plant to grow,” he said. “They’re also an untapped source for making desirable molecules.” 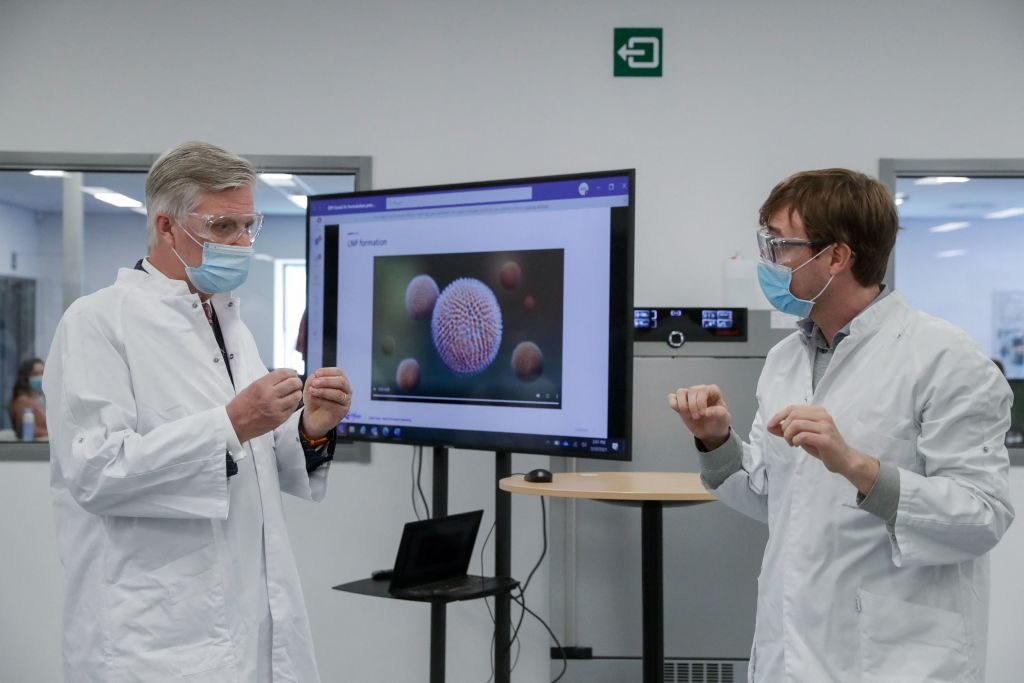 King Philippe – Filip of Belgium (L) listens to explanations on LNP (Lipid Nano Particle) SKID machine during a visit to the Pfizer/BioNTech Covid-19 vaccine production site in Puurs on March 30, 2021. Pharmaceutical group Pfizer completes its mRNA vaccine at the site before shipping the vials to 176 countries around the world. (STEPHANIE LECOCQ/Belga/AFP via Getty Images)

In the past, Giraldo was able to show that chloroplasts can express genes that are not naturally a part of the plant. For this project, he is working with UC San Diego professor of nanoengineering Nicole Steinmetz to “utilize nanotechnologies engineered by her team that will deliver genetic material to the chloroplasts,” according to the school.

“Our idea is to repurpose naturally occurring nanoparticles, namely plant viruses, for gene delivery to plants,” Steinmetz said. “Some engineering goes into this to make the nanoparticles go to the chloroplasts and also to render them non-infectious toward the plants.”

Giraldo is also co-leading a related project using nanomaterials to deliver nitrogen, a fertilizer, directly to chloroplasts, where plants need it most. The NSF granted Giraldo and his colleagues $1.6 million “to develop this targeted nitrogen delivery technology.”

“I’m very excited about all of this research,” Giraldo said. “I think it could have a huge impact on peoples’ lives.”