“There’s nothing in any of these pieces of legislation that is radical, that is unreasonable, that is when you look at it individually,” Biden said.

The president spoke to reporters as he left the White House Saturday morning for another weekend at his home in Delaware.

Biden exited the White House with a cup of coffee and a newspaper but pulled down his mask to talk to reporters. 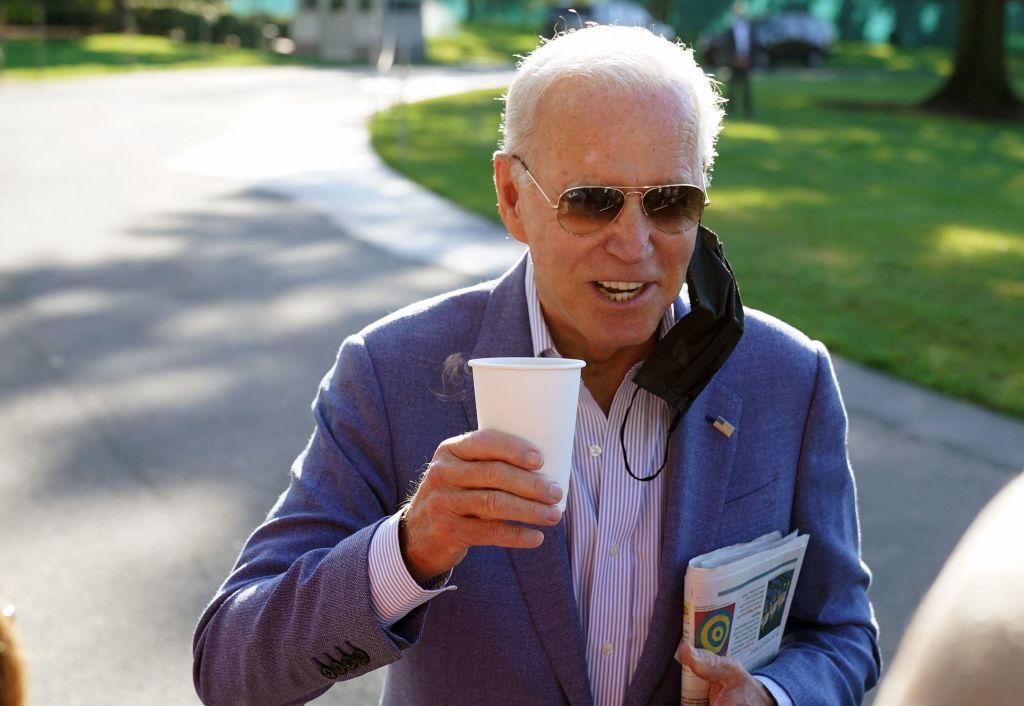 US President Joe Biden speaks to the press as he departs the White House in Washington, DC, on October 2, 2021. – Biden is traveling to Wilmington, Delaware, for the weekend. (Photo by MANDEL NGAN/AFP via Getty Images)

Pressed on if he's confident on getting his infrastructure agenda passed, Pres. Biden tells @maryaliceparks: "I believe that I can get this done. I believe that when the American people are aware what's in it we can get it done." https://t.co/p4waKPeGPA pic.twitter.com/fXNywIJ0ow

The president criticized the news reports that reported that he “vowed” to get the bills through.

“Biden is going to work like hell to make sure we get both of these passed, and I think we will get them passed,” he said, referring to himself in the third person.

The president said he would campaign on his stalled agenda across the country in the upcoming week.

“I believe that I can get this done. I believe that when the American people are aware what’s in it, we can get it done,” he said.

On the delay in the vote on his infrastructure agenda, Pres. Biden says, "everybody's frustrated—It's part of being in government, being frustrated," adding: "I think we will get them passed." https://t.co/2Bq0ki4Rgp pic.twitter.com/5iX3oF2ytw

The president also complained about news reports that pointed out his failure to sell his agenda on the road.

“Well, for a few little things, like we had hurricanes and floods, and we had little things like … anyway, a lot of going on,” he said.

Biden insisted he was “not” frustrated by House Speaker Nancy Pelosi’s (D-CA) failure to get his agenda across the finish line but conceded that the infighting in his party was taking a toll.

“Everybody’s frustrated. It’s part of being in government, being frustrated,” he added.

“We can bring the moderates and progressives together very easy if we had two more votes,” he said. “Two. Two people.”