The lawsuit focuses on 42 U.S.C. § 7411(d), a provision allowing the EPA to issue rules — including some that could remake the nation’s electricity grids and unilaterally decarbonize virtually any sector of the economy — “without any limits on what the agency can require so long as it considers cost, non-air impacts,” and the nation’s energy requirements.

“EPA will continue to move forward and use its statutory authority to be sure that we protect the public from harmful pollution, greenhouse gas pollution and pollution that contributes to the degradation of air quality,” Michael Regan said in an interview with Reuters.

“Irrespective Congress does, EPA will move forward with its statutory authority,” Regan said.

The EPA is working on a proposal to regulate carbon dioxide emissions from coal-fired power plants, a major source of greenhouse gases, after a Trump-era rule was struck down by a federal appeals court in 2019 as “arbitrary and capricious”.

The Supreme Court on Friday agreed to hear a bid by states, including coal producer West Virginia, and industry groups to limit federal power to use the landmark Clean Air Act to regulate carbon emissions from power plants.

Regan said he expects the court to back the EPA’s authority, and added that he also remains confident Biden can work with a divided Congress to pass important climate legislation. 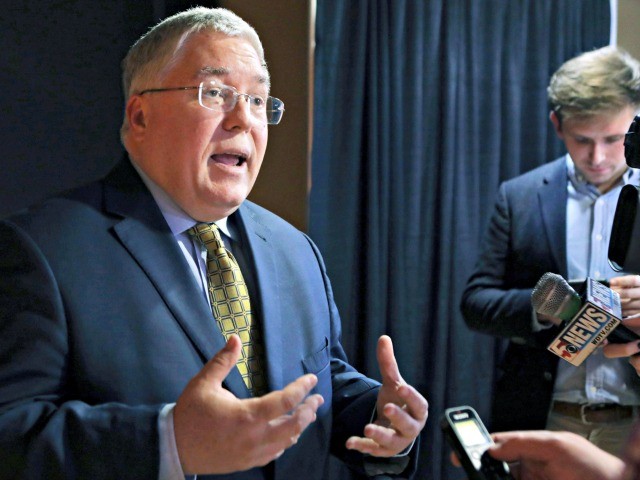 The Dominion Post reported on reactions from the state that would be heavily affected by new regulations:

The case stems from a 27-state case led by Morrisey against the Obama-era Clean Power Plan, which resulted in a stay of the plan by the Supreme Court in 2016. In 2019, the Trump EPA replaced it with the Affordable Clean Energy Rule, which established emissions guidelines for states to use when developing plans to limit carbon dioxide at their coal-fired power plants. States would have three years to submit plans, in line with other planning timelines under the Clean Air Act.

But in January of this year, the U.S. Court of Appeals for the District of Columbia Circuit vacated the 2019 Affordable Clean Energy Rule. In the current petition, Morrisey and the other states say the D.C. Court wrongly used a portion of the Clean Air Act to grant the EPA even more sweeping powers.

He said states should have a seat at the table when Congress considers fundamental and transformative policies.