President Joe Biden’s administration is considering a plan that would greet border crossers and illegal aliens at the United States-Mexico border with “European-style reception centers,” a new report details.

Biden’s migration officials, according to the Washington Post, are weighing a plan that would turn the southern border into a reception center for border crossers.

The plan, which remains in the early stages of development, would temporarily house border crossers at the centers providing them “with access to recreation and educational programming, medical services, and legal counsel” while non-governmental organizations (NGOs) aid in their asylum process.

The goal of the reception centers at the border would be to reduce the number of border crossers released directly into the U.S. interior and instead shift to a program that hopes to quickly secure asylum for border crossers so they can be resettled throughout the country.

Border crossers, though, would not be required to remain at the reception centers and would be allowed to leave for the U.S. interior.

“Some versions of the program would allow migrants to come and go during the day, or rely on the electronic monitoring tools used by U.S. Immigration and Customs Enforcement’s Alternatives to Detention programs,” the Post reports. 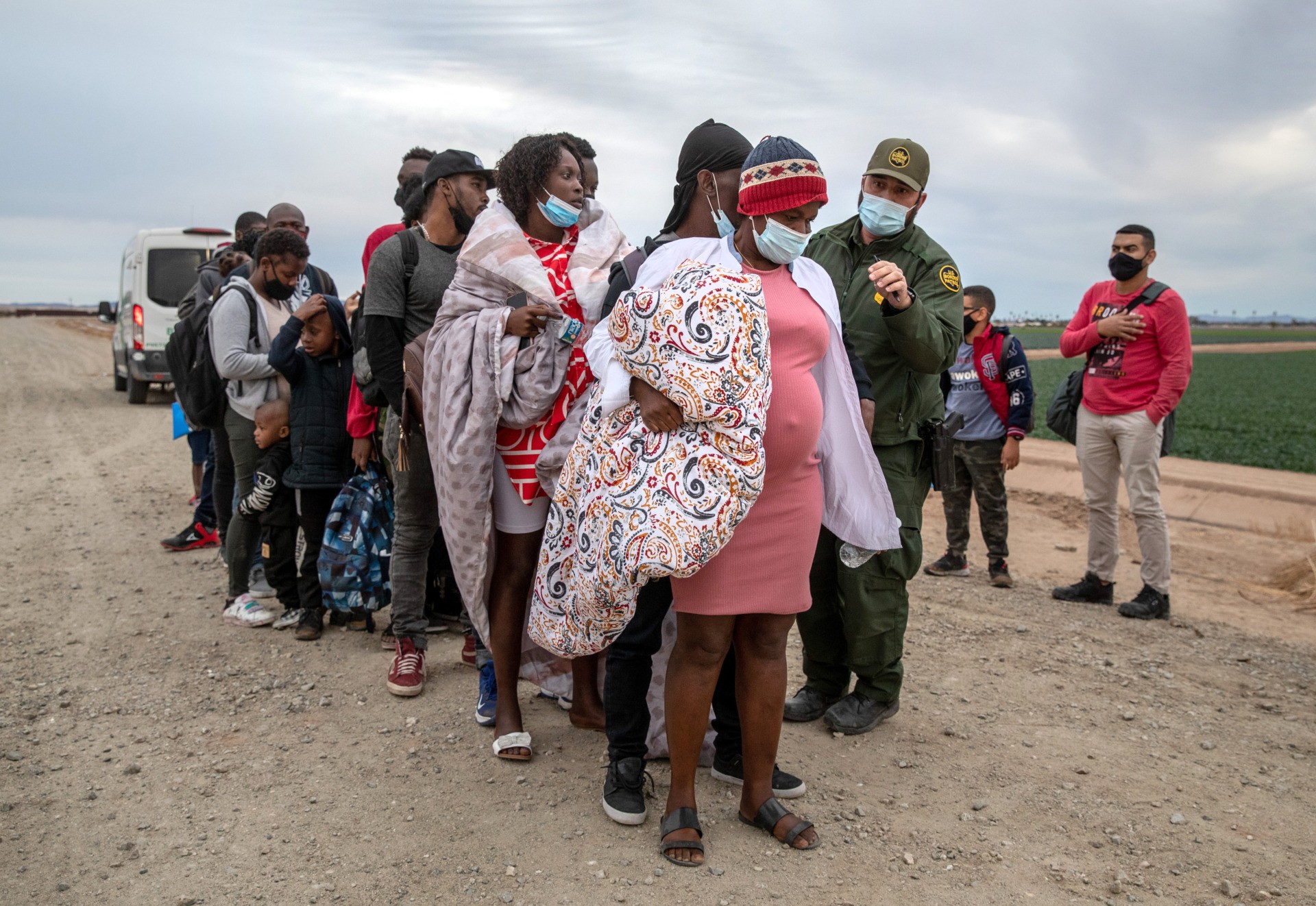 A U.S. Border Patrol agent speaks with mothers-to-be from Haiti and their spouses after they crossed the U.S.-Mexico border on December 10, 2021 in Yuma, Arizona. (John Moore/Getty Images) 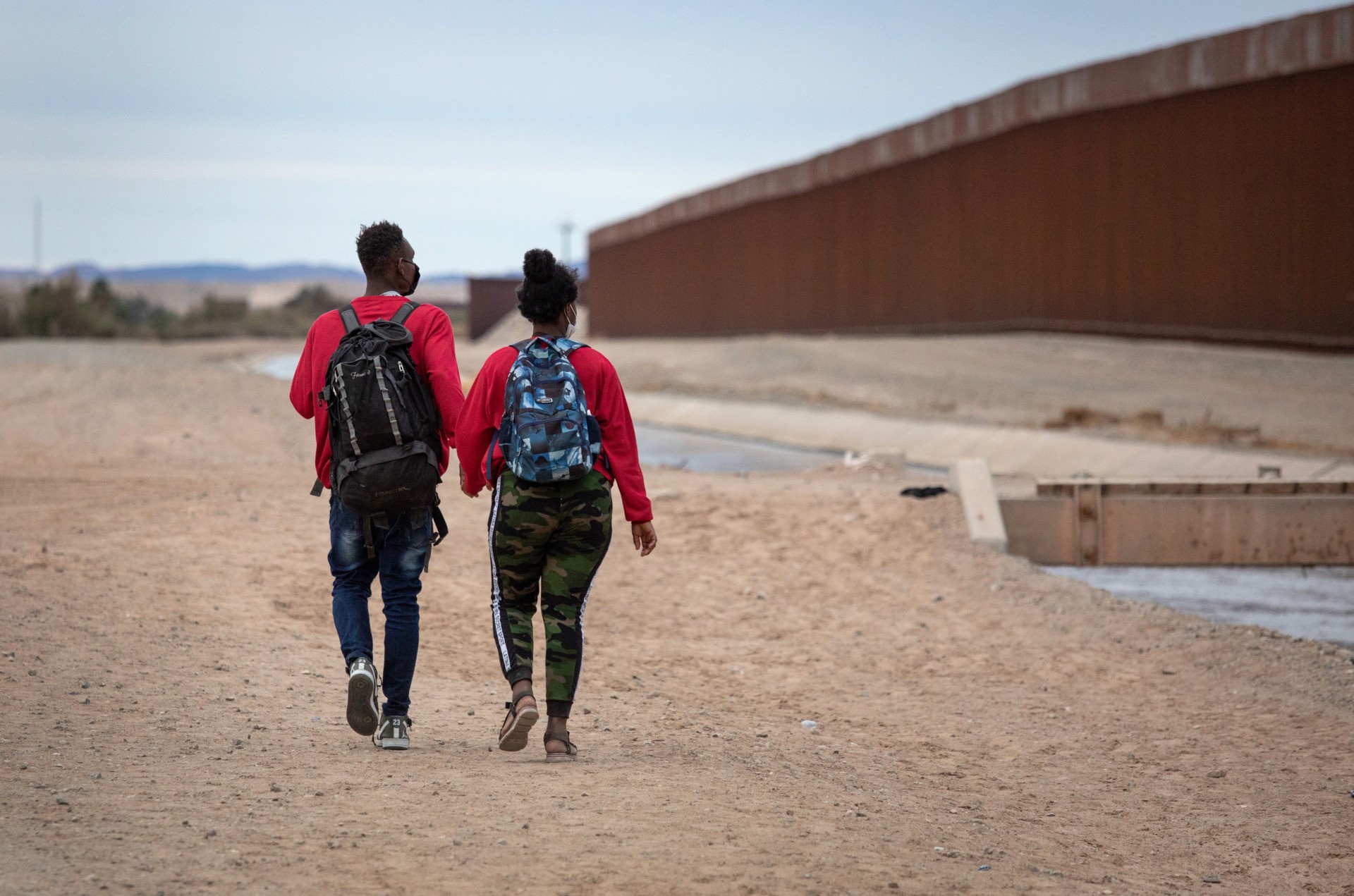 An immigrant couple from Haiti walks from Mexico into the United States on December 10, 2021 in Yuma, Arizona. (John Moore/Getty Images)

It is unclear if the plan would drastically increase the rate at which the administration hands out asylum to border crossers so they can remain in the U.S. and eventually bring foreign relatives over on green cards.

As the Post notes, currently, less than 2-in-10 border crossers from Mexico and Central America end up qualifying for asylum. That low qualification rate does not equate to a high deportation rate. From 2014 to 2019, even as 1.7 million Central Americans were apprehended at the border, less than 3-in-10 have been deported despite only 7.6 percent qualifying for asylum.

The Biden administration is looking to convince moderate Republican lawmakers on the plan, pointing to its massive Afghan resettlement operation where more than 70,000 Afghans have been brought to the U.S., with minimal vetting, and temporarily housed at various U.S. military bases.

A number of House and Senate Republicans, along with Republican governors, have been supporting Biden’s Afghan resettlement.

As Breitbart News has reported, Biden’s agencies expect that more than two million border crossers will have arrived at the U.S.-Mexico border by the end of the year. Meanwhile, as of late October, Biden has released more than 530,000 border crossers and illegal aliens into the U.S. interior — more than twice the population of Boise, Idaho.