If you had “It’s time for women to play Major League Baseball” on Friday news cycle bingo card, it’s time to collect your winnings. 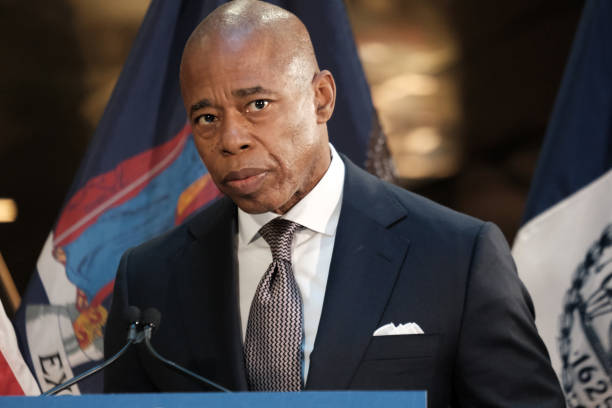 “I’m so glad that the boys of summer are coming back,” Adams told reporters on Friday. “I hope in the next year we start seeing the boys and the girls of summer. It’s time to allow women to play professional baseball as well.”

While baseball has no ban on women playing, no females have ever played in the major leagues. In 2019 Melissa Mayeux, a shortstop from France who played softball for the University of Louisiana, became the first woman added to Major League Baseball’s international registration list, thus making her able to be signed to MLB.

The comment seemingly came out of nowhere, as the press conference had nothing to do with women playing in Major League Baseball. However, the randomness of the comment is only rivaled by its lunacy of it. There isn’t a surplus of women capable of playing at the major league level, and no one (other than liberal politicians pandering to their loony liberal bases) is clamoring to see women play in MLB.

The American sports fan tired long ago of seeing their favorite games become a showcase for whacky leftists and their idiotic ideas.

New York, and America, have enough problems. Our elected leaders should focus on solving those instead of ruining sports.