If the obscenity that is Roe v. Wade is overturned, you can blame Democrats for two reasons. The first is that for 50 years — despite countless opportunities — Democrats did nothing legislatively to legalize abortion. (Why would they when solving the issue would dry up fundraising and ginning up the base?) Secondly, rather than agree to limits on abortion, limits a vast majority of Americans see as reasonable, Democrats instead demanded the legal right to commit straight-up infanticide.

Back in the 1990s, abortion was nowhere near as controversial as it is today. Why? Because former President Bill Clinton and the Democrat party pushed the idea of abortion being “safe, rare, and legal.” Now, that was not my opinion of abortion at the time, nor is it my opinion today. I want all abortions outlawed — and I am allowed to say that because, as I write this, I’m identifying as a woman — a black woman, actually; a lesbian black woman with a harelip.

So, despite my own beliefs on the issue, a wide swath of America was pretty comfortable with the abortion issue.

We had a national consensus around “safe, rare, and legal.”

The same is true with Americans. Regardless of my own opinion of the atrocity of abortion, there’s no question that 1) a majority of the public want abortion to remain legal and 2) an even bigger majority want limits placed on abortion.

But Democrats don’t want limits on abortion, and by “Democrats,” I mean Democrat politicians because a whole lot of everyday Democrats do want limits.

The problem is that the Democrat party is now fully owned by its extremists, and so we now have a Democrat party that went from “safe, rare, and legal” to “give-birth-to-a-healthy-baby-and-let-it-die-of-exposure.” That’s not an exaggeration. Who said the following? Was it Herman Goering or former Gov. Ralph Northam (D-VA)?

Even Bill Clinton was eventually pushed into openly championing the outright horror that is partial-birth abortion, a procedure that is exactly what it sounds like: slaughtering a living baby that can live outside the womb after it’s been born.

But it wasn’t just the fact that Democrats began to openly demand legalized infanticide, there was also the matter of their rhetoric.

No sane person, no decent person, not even someone who is pro-abortion, sees abortion as anything other than an unfortunate event. And that’s how Democrats and their corporate media allies used to discuss abortion, as an unfortunate but sometimes necessary thing. Their tone around abortion was solemn and thoughtful; this was not something to be taken lightly.

The only way to describe the left’s tone around abortion today is demonic.

What was solemn has become strident and boastful. What was not taken lightly is now championed — including the harvesting of dead baby organs. The murder of the unborn is now outright celebrated and cheered. It is beyond grotesque, and how can any person of good conscience sit back and allow such evil against helpless innocence to carry the day? 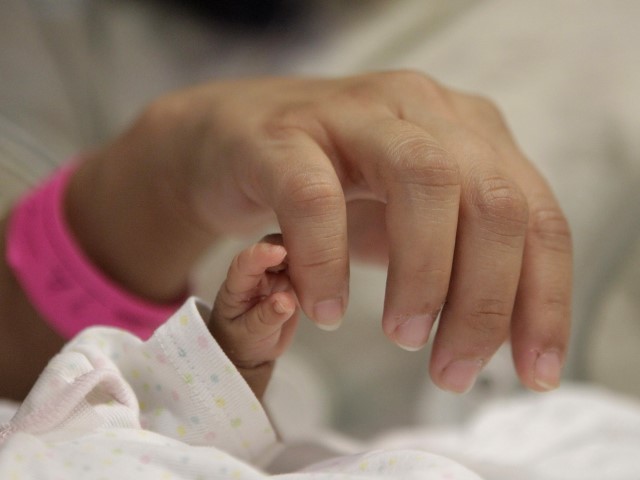 Let me put it to you this way… What made Democrats believe that a country that puts pregnancy warnings on wine coolers would accept this?