South Carolina congressional candidate Katie Arrington received an important boost on Monday when one of her Republican primary challengers instantly endorsed her at the most recent debate.

Upon giving her opening statement at the start of the South Carolina’s First Congressional District debate, candidate Lynz Piper-Loomis instantly endorsed Arrington, removed her microphone, and then walked off stage as the audience applauded.

“The way I would earn the votes in this district is by endorsing Katie Arrington for South Carolina, District One, for Congress,” Lynz Piper-Loomis said.

In a VERY dramatic start to the #SC01 debate, GOP challenger Lynz Piper-Loomis is asked what she would do to earn vote. "The way I would earn the votes in this district is by endorsing Katie Arrington." Takes off her mic, walks off-stage. Crowd erupts. #scpol #scnews #chsnews

“Katie Arrington is running against an absolutely terrible candidate, Congresswoman Nancy Mace, whose remarks and attitude have been devastating for her community, and not at all representative of the Republican Party to which she has been very disloyal. Katie Arrington, on the other hand, is liked and respected and a true Republican,” he said.

After Trump endorsed Arrington, Mace made a video of herself appearing before Trump tower in New York, touting herself as one of the president’s early supporters.

“I remember in 2015 when President Trump announced his run, I was one of his earliest supporters. I actually worked for the campaign in 2016. I worked at seven different states across the country to help get him elected,” Mace said.

“I supported him again in 2020 because of policies I believed in,” she added.

Speaking with the State, Mace said the video was not to be seen as her “groveling” for the former president’s approval and could not answer why Trump did not endorse her. 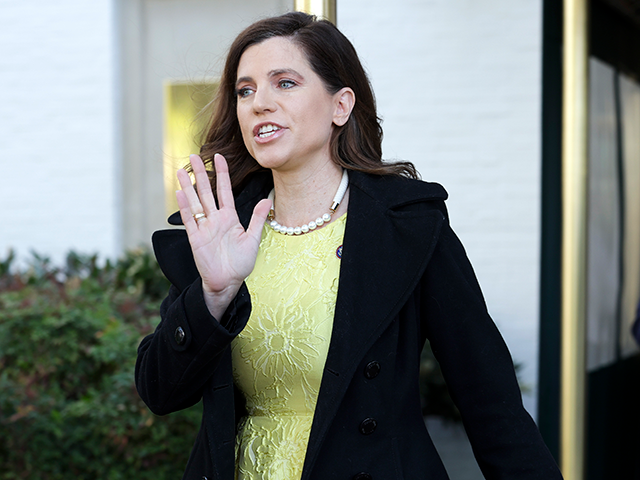 “You’ll need to ask him,” she said of the president’s lack of support.

“If you call it groveling, I would say you didn’t watch the video,” she added. “I think it’s important to know what I said, but also what I didn’t say — present tense versus past tense.”

As Breitbart News previously chronicled, Katie Arrington won the nomination during the 2018 midterm elections when she defeated Rep. Mark Sanford (R-SC) with the former president’s endorsement. Unfortunately, events did not unfold as she had planned when she was a passenger in a deadly car crash that relegated her to a wheelchair for the rest of the campaign.

“The incident pulled her off the trail for months and seemingly allowed now-former Democrat Rep. Joe Cunningham (D-SC) to slip past her and take the South Carolina seat — a Democrat win for the first time in decades. Mace then challenged Cunningham in 2020, defeating him and swinging the seat back to the GOP,” Breitbart News reported.