Two weeks ago, attorney and legal commentator Preston Moore posted a video saying he was offered (but did not accept) hundreds of dollars from a group to attack Donald Trump and “Trump Republicans.” The group that solicited Moore is called the “Good Information Foundation,” and presumably, if Moore is telling the truth, this is common practice for them.

Moore told Breitbart News, “They wanted me to use fear to manipulate people into voting blue, or into voting not Trump… And when they’re giving examples of the things they wanted me to say — don’t say ‘Trump and his allies,’ say ‘Trump Republicans’ — it became really clear that this was about putting out information… to impact midterms.”

This appears to be a violation of federal law that prohibits 501(c)(3) organizations from “directly or indirectly participating in, or intervening in, any political campaign.” This case seems like such blatant abuse of our tax code, I was personally compelled to file a complaint with the IRS about the group.

The Good Information Foundation is, according to its website, the non-profit arm of Good Information Inc., which describes itself as “a public benefit corporation committed to restoring social trust and strengthening democracy by investing in solutions that counter disinformation and increase the flow of good information online.” 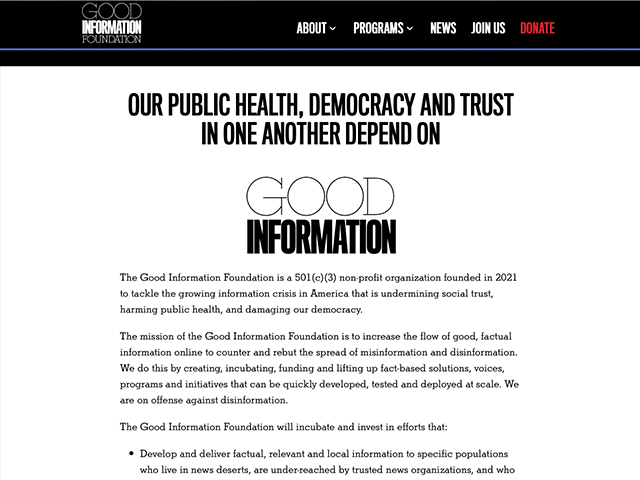 Screen image of the “about” page on the Good Information Foundation’s website. (goodinfofoundation.org)

It is not readily apparent from their website who is running the organization; they do not list board members, leadership, or key staff.  Tom Fitton told me on our radio show, Breitbart News Daily, that the shadowy nature of this non-profit is not illegal, but it is “murky” and “unusual.” What’s more, they were founded recently so there is minimal publicly available financial information.

What has been reported, however, is that Good Information Inc. is not only backed by far-left billionaire activist George Soros, but also LinkedIn co-founder Reid Hoffman.

Hoffman is a 55-year-old billionaire who helped launch PayPal before co-founding LinkedIn in 2002.

He has since fashioned himself into a Democratic mega-donor, though his activities are largely hidden from public view. He is one of the key framers of the modern political infrastructure that is contouring the current American landscape by allowing the super-wealthy to use nonprofits and lenient disclosure laws to make large political contributions in relative obscurity. Tactically, he embraces both the disingenuous and the censorious – as well as the Chinese Communist Party. He’s one part Soros, one part Michael Bloomberg, and one part Laurene Powell Jobs. 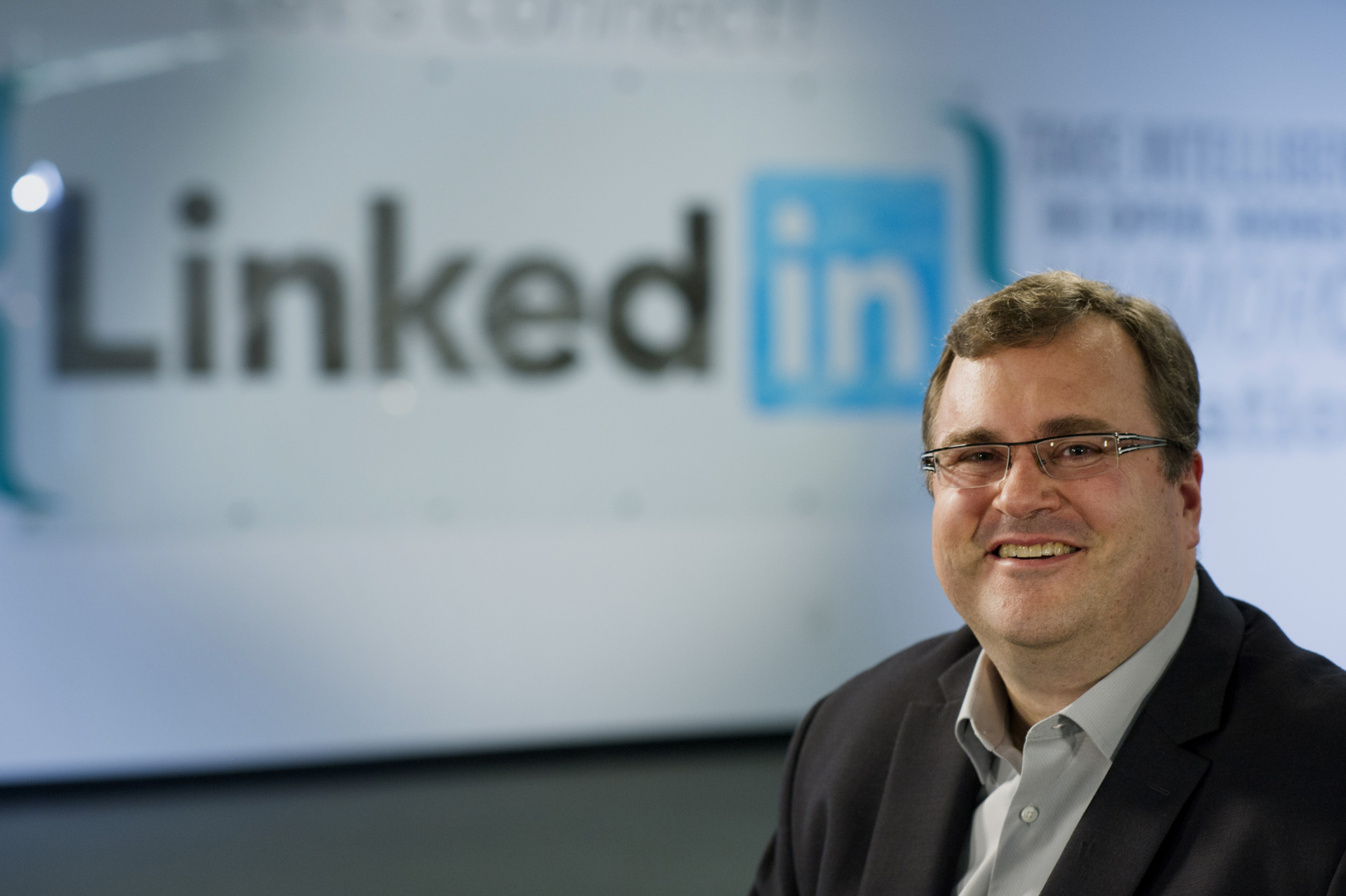 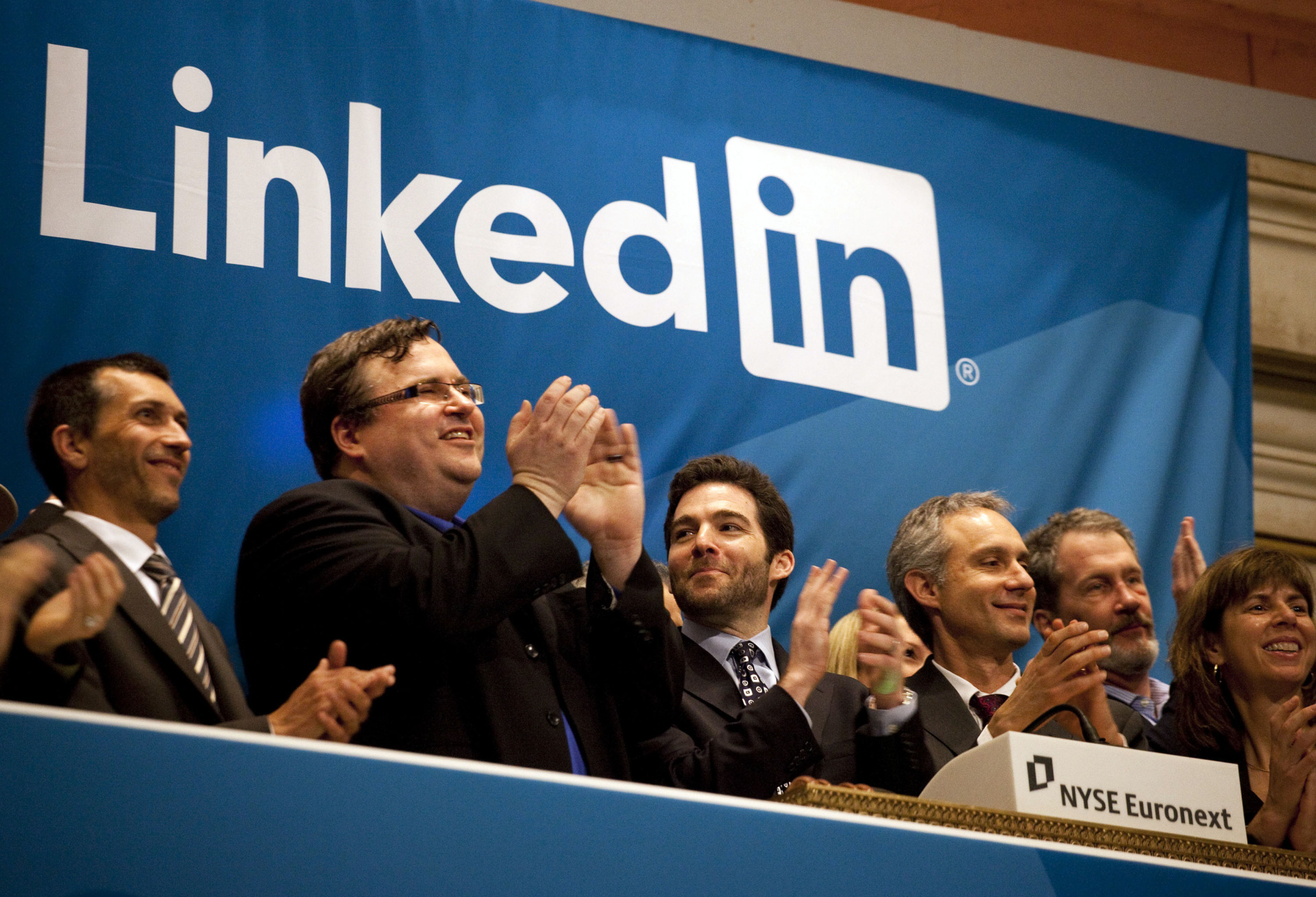 When it comes to spending on so-called “dark money,” the Democrats dominate Republicans, and Hoffman has emerged as a major donor in this world. Like Laurene Powell Jobs, Hoffman backs a partisan behemoth that is devouring media: ACRONYM and Courier Newsroom. As I wrote in my bestselling book, Breaking the News, “Courier has avoided restrictions on online political advertising by couching pro-DNC content as news. For example, Courier produces laudatory pieces and videos on Democrat causes and candidates with factory-like regularity.”

Courier Newsroom is one of the most brazen left-wing endeavors funded by Jobs. Journalist Joshua Green described Courier as “the Left’s plan to slip vote-swaying news into Facebook.” 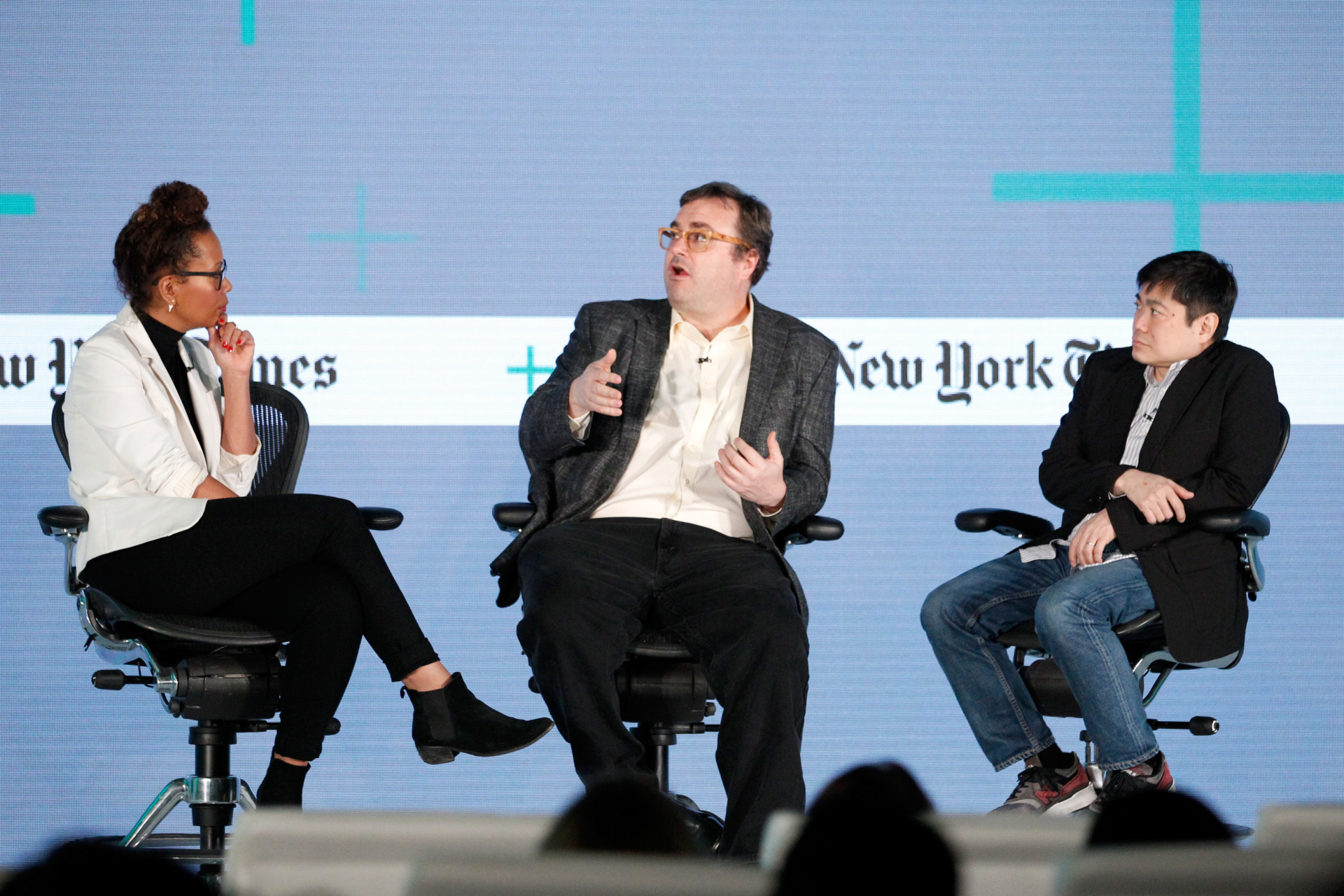 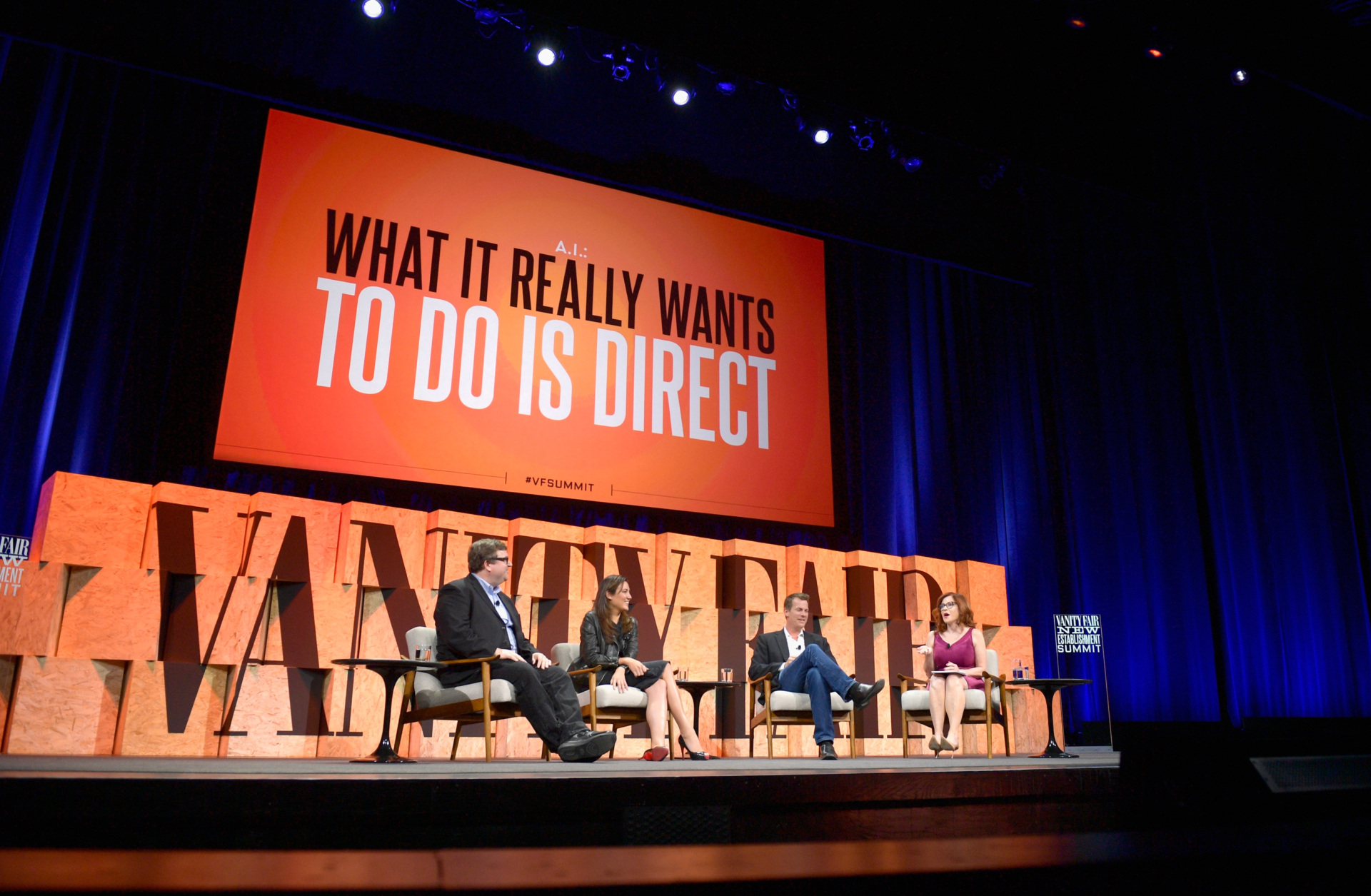 But Hoffman’s shady political activity doesn’t end there. He also funded a series of pro-Doug Jones ads in Alabama that were modeled on the much-decried Russian propaganda peddled on Facebook and Twitter in 2016. The project’s operatives posed as conservative Alabamians on Facebook and tried to use the platform to divide Republicans, pushing them toward a write-in candidate and away from Roy Moore, the GOP’s nominee for Senate. They also ran a scheme, according to the New York Times, “to link the Moore campaign to thousands of Russian accounts that suddenly began following the Republican candidate on Twitter, a development that drew national media attention.”

“We orchestrated an elaborate ‘false flag’ operation that planted the idea that the Moore campaign was amplified on social media by a Russian botnet,” an internal report on the project said, according to the Times.

These tactics were so dirty that Hoffman ultimately apologized (after public exposure, of course).

Still, being a part of an effort to swing an election with a disinformation campaign that is modeled after tactics used by Putin’s Russia is a striking item to have on one’s résumé.

Make no mistake, Hoffman cares deeply about important global(ist) issues. He sits on the board of CZ Biohub, the biomedical arm of the Chan Zuckerberg Initiative. The group is named for Pricilla Chan (wife of Mark Zuckerberg) and Mark Zuckerberg himself. 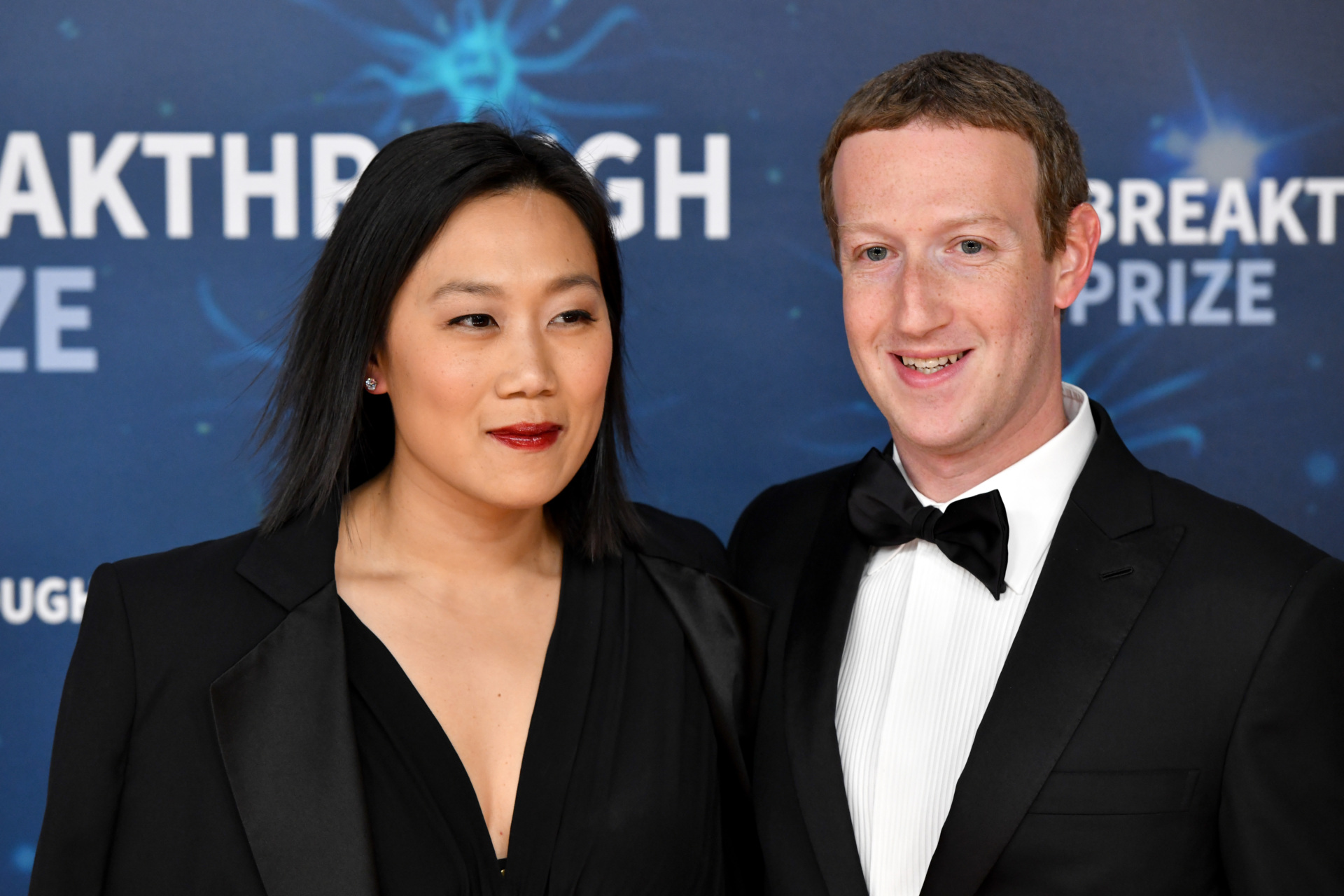 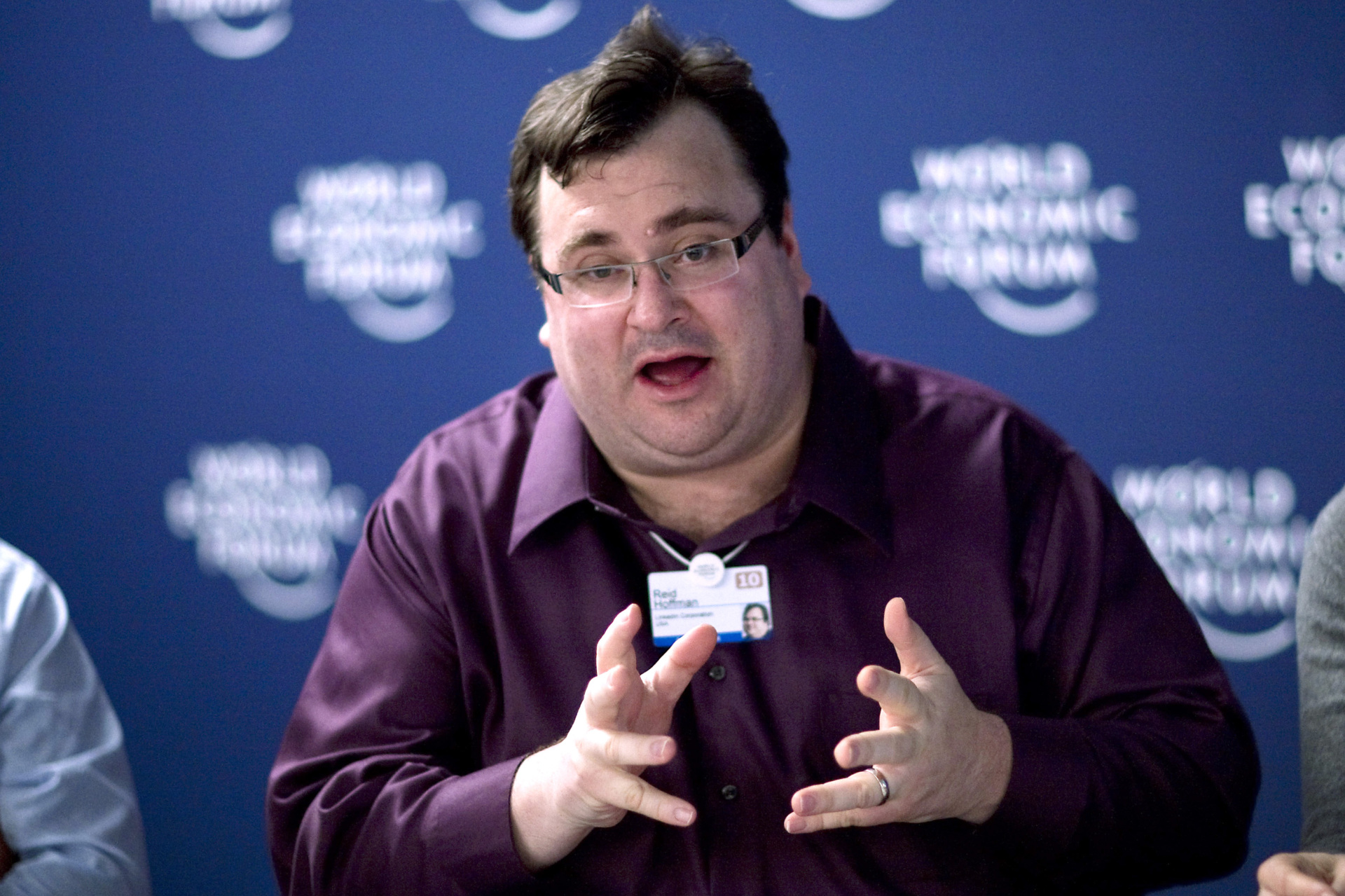 Hoffman also advises the left-wing Berggruen Institute, which runs a research center for artificial intelligence and life sciences at Peking University. Berggruen organizes “regular ‘Understanding China’ meetings with President Xi Jinping,” according to their own website. They previously partnered with the Washington Post on efforts to gaslight the English-speaking world on the threat the CCP by advancing claims like “America has little to fear from a China-centered world.”

In 2019, the Berggruen Institute awarded its $1 million Berggruen Prize to Supreme Court Justice Ruth Bader Ginsburg in recognition of the left-wing icon’s life as “a lifelong trailblazer for human rights and gender equality,” and “a constant voice in favor of equality, the rights of workers and the separation of church and state.” This is essentially handing a million-dollar bag of cash to a liberal simply for being awesome (in their eyes).

Hoffman is also an occasional collaborator with communist China on a direct level. As Peter Schweizer reported in his #1 bestselling book, Red-Handed, LinkedIn is the most China-friendly American-owned social networking site and Hoffman is known as “the most connected man in Silicon Valley.” LinkedIn managed to stay operational in the authoritarian country by remaining in compliance with Chinese censorship rules until 2021. By comparison, Facebook and Twitter have been banned by the CCP since 2009. 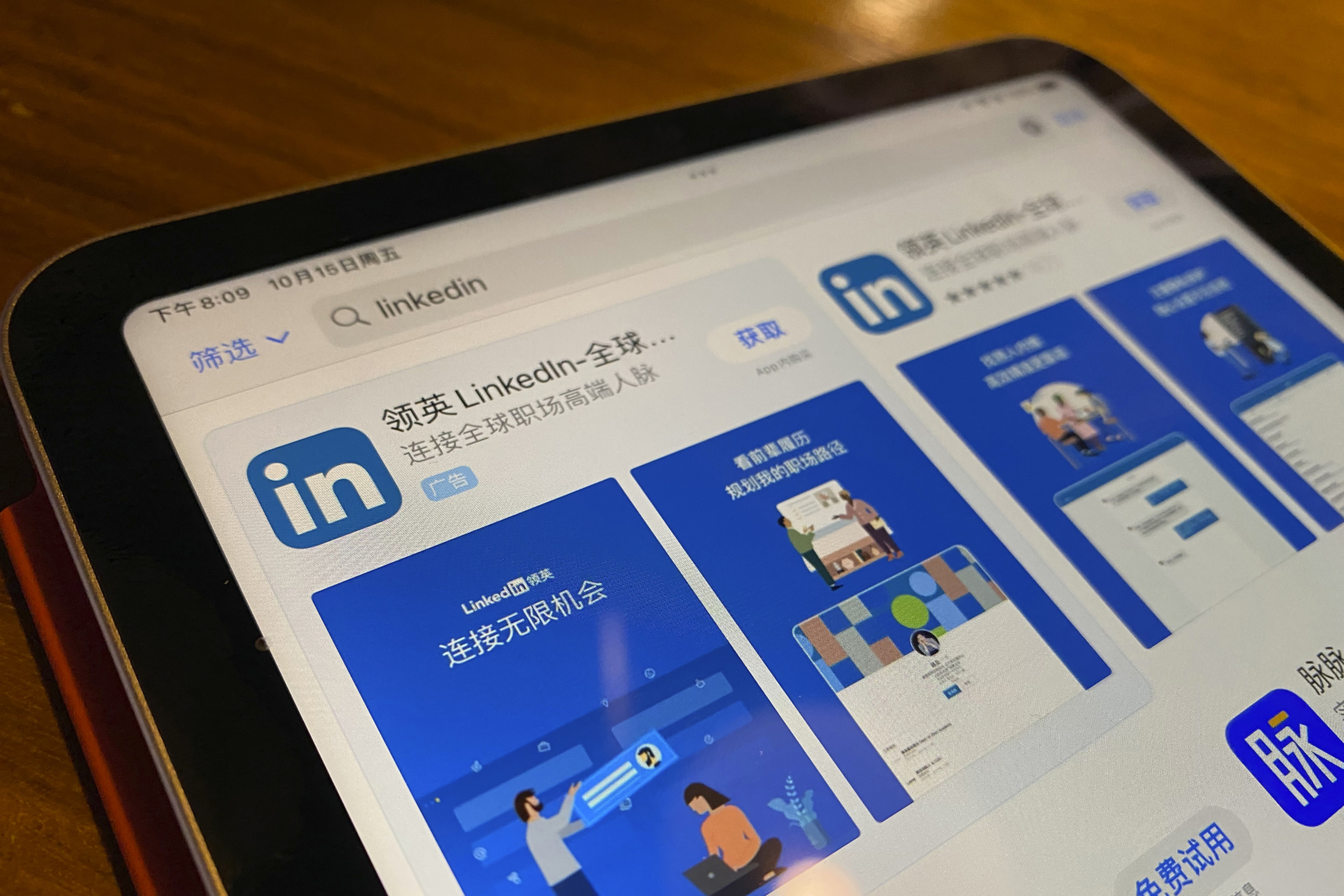 Hoffman has even appeared at CCP-backed events that have been denounced as fraudulent by others in the left-wing/globalist tech industry. According to Schweizer, he appears to be the only Westerner who has regularly spoken at China’s World Internet Conferences; these events are closed to the press and are designed to amply Xi Jinping’s vision for the digital age.

Hoffman has publicly praised China and said the U.S. should emulate the Communist regime. LinkedIn agreed to store data about Chinese citizens on servers hosted in China; those servers were made available to CCP officials. China appeared to have nearly unlimited ability to censor content on LinkedIn.

Hoffman also has praised the CCP’s “One Belt, One Road” debt trap scheme.

Like Bloomberg, Hoffman is buddy-buddy with Chinese regulators. He even helped Airbnb with their China strategy and manage their relationships with Chinese officials.

Hoffman sits on the board of Microsoft, which has ever-deepening ties to Communist China.

Despite all this – or perhaps because of it – Hoffman was appointed to the Pentagon’s Defense Innovation Advisory Board during the second Barack Obama administration. 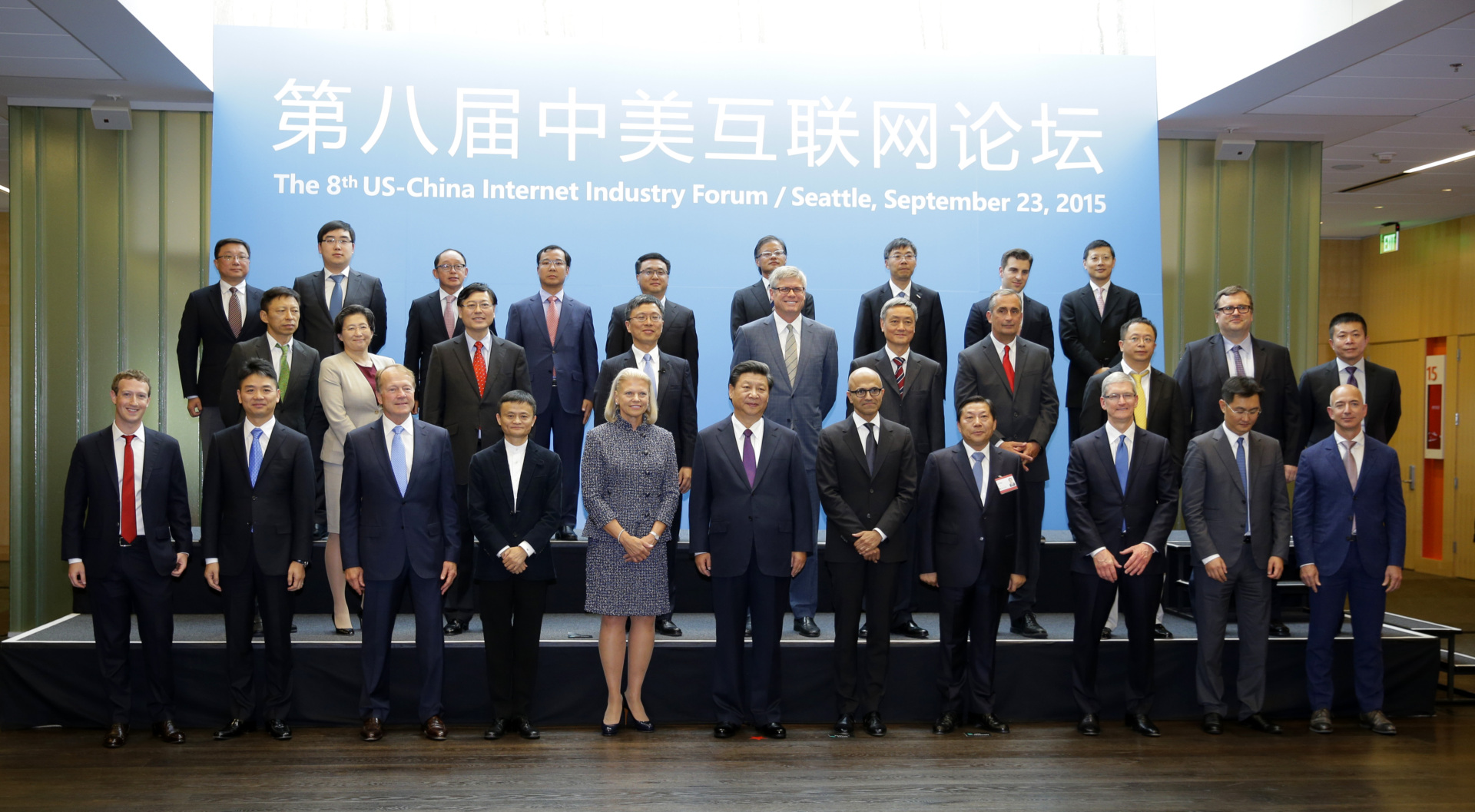 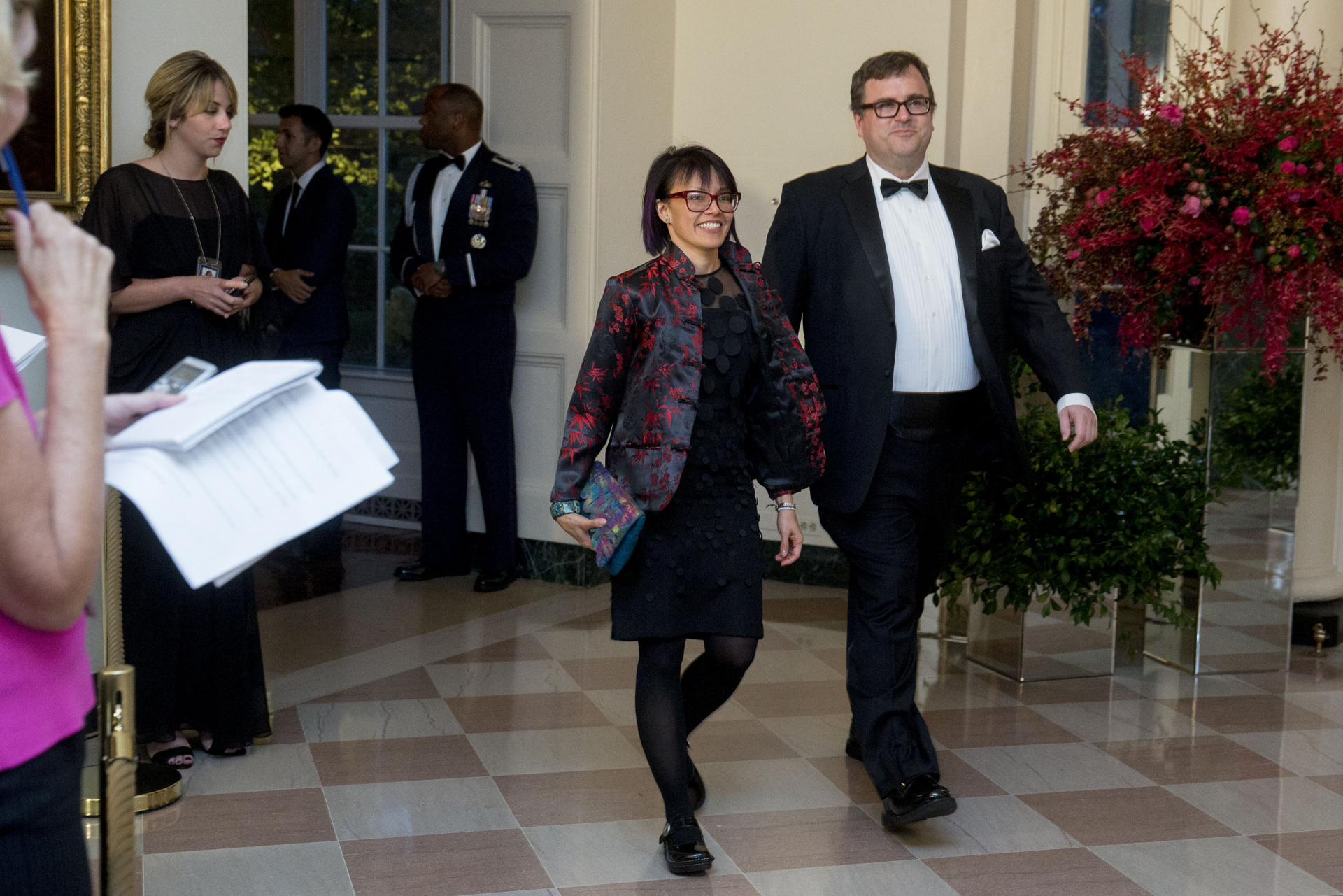 If Reid Hoffman’s outsized role in Americans politics wasn’t already cause for concern, then consider that he invited Jeffrey Epstein to an August 2015 dinner in Palo Alto. Others in attendance included the wildly pro-China Elon Musk and Mark Zuckerberg. Hoffman told Axios that he invited Epstein at the request of MIT Media Lab director Joi Ito and claimed that Epstein had successfully cleared MIT’s vetting process. Hoffman and Epstein both received awards for “disobedience” in the shape of a glass orb. Sources told Axios that MIT received a substantial amount of money from Epstein and Hoffman was integral to that.

Though Hoffman blamed MIT and Ito, he did express “deep regret” for his role in advancing Epstein’s reputation.

Despite his history of deception and championing the corrupt and the predatory, Hoffman, like most committed left-wing donors, is undeterred. Like a traveling circus, when one of his causes loses its effectiveness, or he runs out of interest, it is folded up and taken elsewhere. The Good Information Foundation, the Orwellian named group that is (apparently) exploiting the U.S. tax code and lax IRS and FEC enforcement to try to buy the 2022 election, is his latest mechanism for imposing his values on the voting public.

Considering that Hoffman has already been connected to an effort to emulate the Russians to interfere in at least one election, there is little reason to doubt that is the ultimate goal here.

Alex Marlow is the Editor-in-Chief of Breitbart News, the host of Breitbart News Daily on SiriusXM’s Patriot Channel 125, and the author of the bestselling book, Breaking the News: Exposing the Establishment Media’s Hidden Deals and Secret Corruption. You can follow Alex on Facebook, Instagram, and Twitter at @AlexMarlow.