President Joe Biden ignored a request for a federal declaration of emergency in response to an oil spill off of California’s coastline near Los Angeles, Rep. Michelle Steel (R-CA) said on SiriusXM’s Breitbart News Sunday with host Joel Pollak on October 10.

Steel said the White House did not respond to her requests for a federal declaration of emergency and federal investigation of the oil spill. 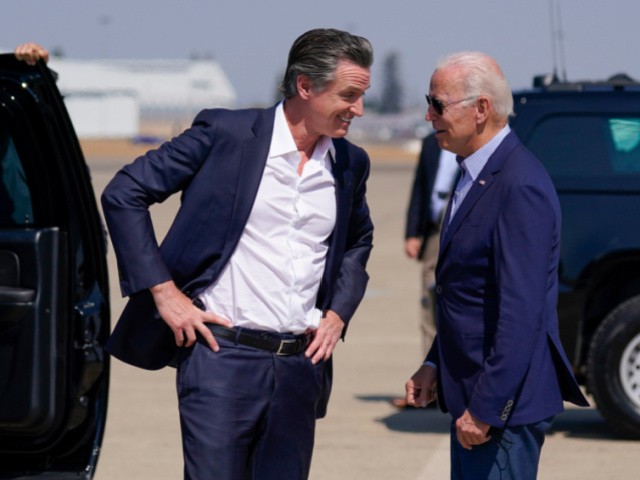 “He didn’t respond. We actually checked with the White House’s liaison office. They got the letter, and they got the request, but we never got any response from them and his office.”

We as Members of Congress who represent Southern California demand that your Administration immediately open a full federal investigation into the pipeline’s history of violations, the causes of the spill, any failures or delays by federal officials to sufficiently respond to the spill as quickly as possible, and whether federal officials engaged in an effort to conceal these failures and delays.

New reports state that federal officials may have known of this leak at least 10 hours before it was made public. This is concerning as prompt detection of a pipeline failure is essential to minimizing impacts to the community and our local ecosystems. We also have major concerns that previous federal inspections of the Amplify Energy Corp. / BETA Offshore oil operation failed to identify incidents of negligence that possibly led to the spill. The citizens of Southern California deserve a fully transparent federal investigation that provides clear information to the public. This includes investigating the responsible party’s response to this tragic spill and the role the federal government to promptly respond to protect coastal communities and wildlife.

Steven D. Browne, a professor of marine transportation, speculated that the ongoing cargo ship buildup off the California coastline may have contributed to the oil spill by causing ships to anchor near underwater pipelines.

Breitbart News reported, “Over the weekend, an offshore pipeline leaked some 126,000 gallons of oil, causing a spill that is washing up on nearby beaches and threatening local wildlife. Authorities say that a ship’s anchor may have been the cause of the accident.” 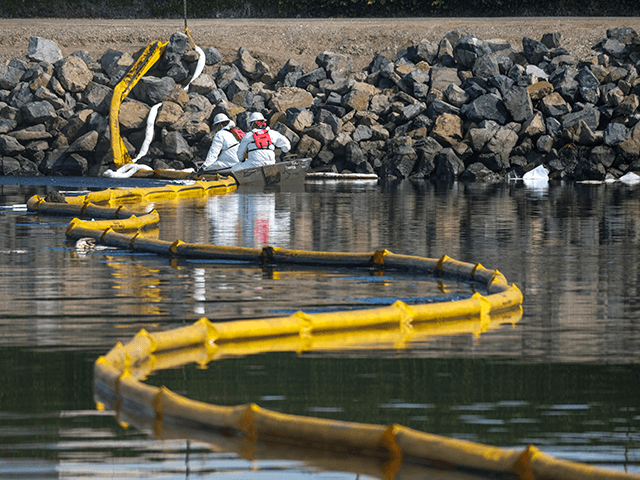 “We have to unwind all of these bad policies,” she determined.

Steel said “cargo ships are piling up” and “storage room is not there” on California’s coastline as the Golden State’s port infrastructure is insufficient to process imports in a timely manner. She warned of an ongoing risk of more oil spills due to ships anchoring near pipelines because of delays in access to ports.

Steel concluded by calling for the National Oceanic Atmospheric Administration (NOAA) to review the accuracy of its pipeline maps ships use to avoid damage to underwater oil infrastructure by anchors.

“You’ve been writing so many letters to Biden [and the] NOAA,” he stated. “I want to suggest that you write a letter to Pete Buttigieg and say, ‘Hey, where are you? You’re the secretary of transportation. We need port facilities that work more than we need high-speed rail.'”