Sen. Rand Paul (R-KY) told Breitbart News on Wednesday that “vaccine hesitancy” among Americans is mostly a function of “misinformation” spread by government bureaucrats like Dr. Anthony Fauci, chief medical adviser to the president and former director of NIAID.

“The vaccine hesitancy, I think, is mostly a response to misinformation that you have gotten from Fauci and others,” Paul said on the Breitbart Daily News podcast with host Alex Marlow.

Marlow said more conservative and Republican Americans would be receptive to accepting coronavirus vaccines if the federal government’s chief vaccine advocates were agreeable to the political right.

Paul concurred, “If you were leading a vaccine effort and you really wanted people to be vaccinated, the people who are unvaccinated would be much more likely to listen to me than they would be to Fauci, and yet, no one’s ever asked me, ‘Will you do a public service announcement?’ Every time I’m on the air, I do say that if you’re vulnerable, I would be vaccinated, particularly over 65 and overweight. I think people at almost any age — probably after age 30, in particular overweight [or] significantly overweight — are at risk for this disease.”

“I think hesitancy is coming from the misinformation of the big-government types,” he added. “Actually, they’d be better off actually saying that voices like ours from the right would actually be voices that might encourage some people to get vaccinated.”

He continued, “The vaccine’s not perfect, but I think it does reduce your risk of being in the hospital or dying. I also mention in every speech I give that monoclonal antibodies will save your life, but you have to get them before you get too sick or Dr. Fauci will deny you care because the government directs all things COVID. If you get admitted to the hospital, they won’t give you any of the monoclonal antibodies. So you have to be very, very aware of what the different rules are if you get COVID or your parents or grandparents get it because you have to wind your way through the government labyrinth rules.”

Paul highlighted the refusal to consider natural immunity to COVID-19 among Americans who had receovered from the virus within proposed and imposed “vaccine mandates.”

He remarked, “I think it’s actually malpractice not to consider natural immunity. So for example, if you’re a pediatrician and you’re telling every kid to be vaccinated without any consideration for whether or not they’ve already had COVID, I think you’re really practicing bad medicine. I would suggest that everybody who thinks about getting a vaccine for their child ask first for an antibody test.” 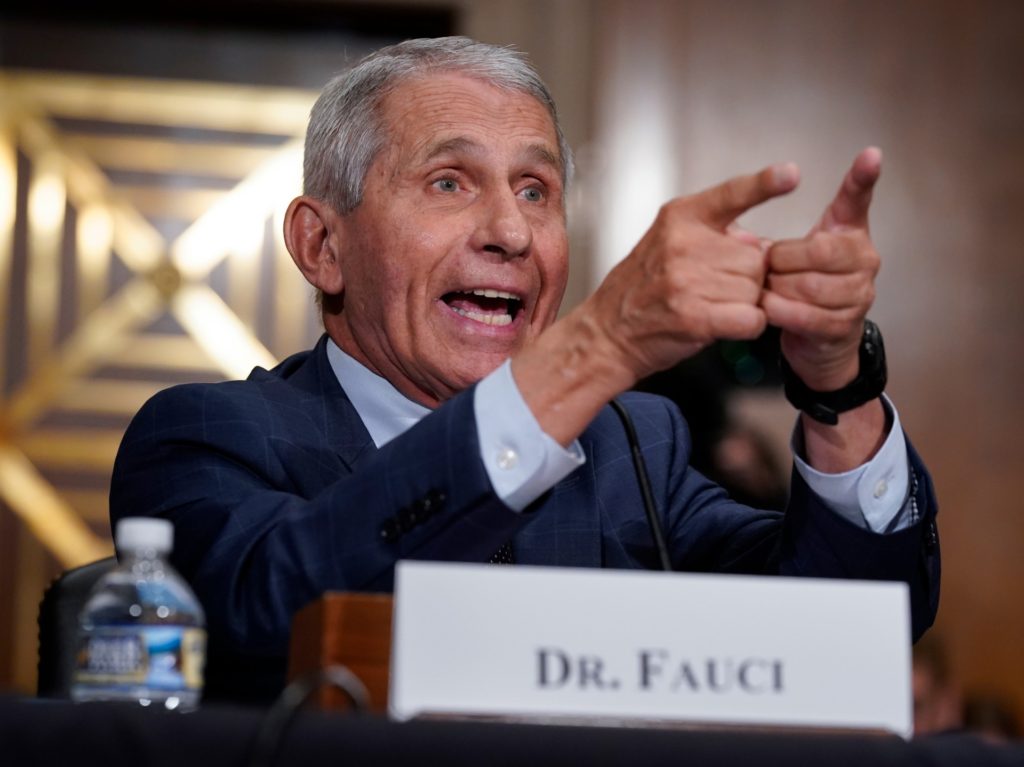 Dr. Anthony Fauci responds to accusations by Sen. Rand Paul (R-KY) as he testifies before the Senate Health, Education, Labor, and Pensions Committee about the origin of COVID-19, July 20, 2021, on Capitol Hill in Washington, DC. (Photo by J. Scott Applewhite-Pool/Getty Images)

He went on, “[Fauci] has completely ignored over a 100 million people in our country who have already had COVID. … It’s infected probably between 100 and 150 million Americans.”

Paul noted that the “public health” industry tends to attract leftists and cultivate left-wing ideology within its scope of influence.

He stated, “Most of the time, [Fauci] is giving edicts that really reflect his own sort of authoritarian impulses, and this is true of a lot of people in public health. The people who gravitate to public health are people [and] doctors who are content to work for government. They’ve never really been in business, and their first impulse is to try to stop a disease by controlling the people.”