You’d never know it by looking at her now, but notorious anthem-snubbing Olympian Gwen Berry once stood proudly for the flag and anthem.

Five years before turning her back on the flag and anthem, thus becoming America’s most recent edition of the “Activist Athlete,” Berry posted a pic of herself proudly holding the American flag as she trained for the 2016 Olympics in Rio de Janeiro.

What happened @MzBerryThrows? You deleted your website… did you realize it made you look like the phony who's only woke to cash in? https://t.co/EH3K8ULSAv

The website pic and description – which has now been deleted – was copied and shared by Outkick Wednesday afternoon. The since-deleted site describes Berry as a hard-working athlete striving toward “her dream of representing her country” at the Olympics. 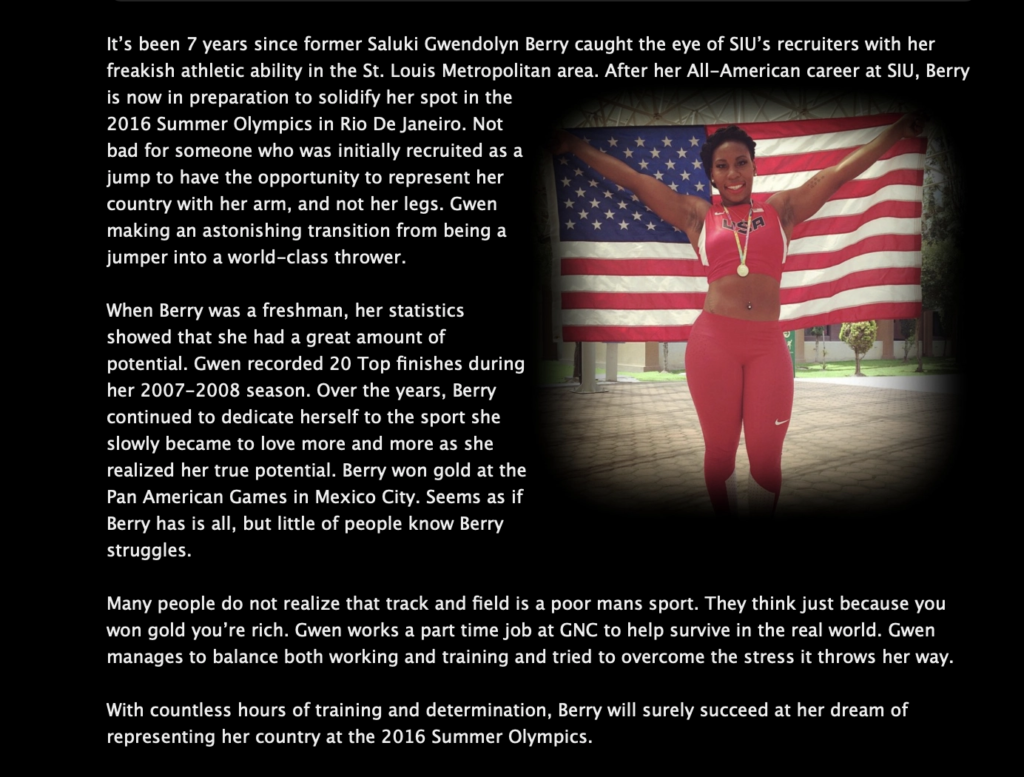 What the site does not say, however, is anything about social justice or how racist the national anthem is. Apparently those issues were not part of her “dream” in the run-up to the 2016 games.

It’s also not clear how achieving her dream of representing her country somehow made her hate it. Though, to be fair, Berry says she doesn’t hate the country.

“I never said that I hated the country,” Berry told Fox News. “I never said that. All I said was I respect my people enough to not stand for or acknowledge something that disrespects them. I love my people. Point blank, period.”