Hidilyn Diaz won the Philippines’ first-ever Olympic gold medal for weightlifting on Monday, earning her an additional cash prize of $600,000 from the Philippine government and private companies, along with a new home, the Manila Bulletin reported on Tuesday.

“Under [the Philippines’] Republic Act (RA) 10699, the government – through its sports agency Philippine Sports Commission (PSC) – will provide a cash incentive of P10 million [about $198,000] to gold medal winners in the Olympics,” the newspaper reported. 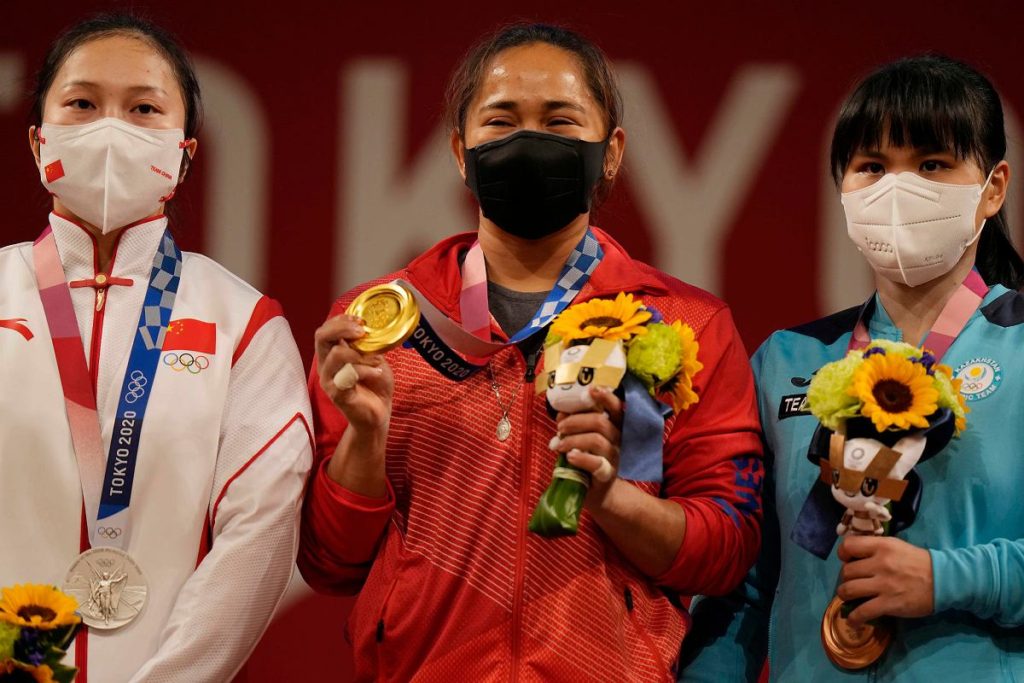 “The MVP Sports Foundation (MVPSF) of telecommunication mogul Manny V. Pangilinan has approved P10 million for Filipino gold medal winners, the same amount that San Miguel Corporation (SMC) of Ramon S. Ang said it would give a few days before the Tokyo Olympics,” the Manila Bulletin noted on Tuesday. 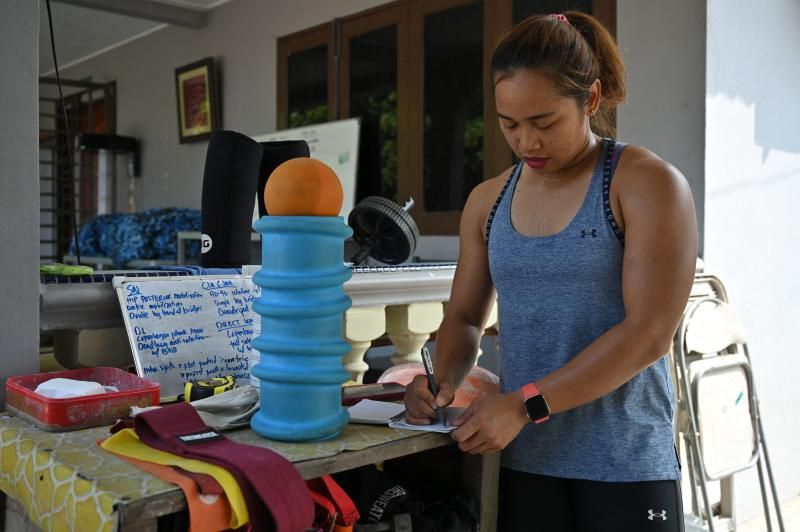 This picture taken on May 21, 2021 shows Olympic weightlifter Hidilyn Diaz of the Philippines writing notes during a training session in Jasin in the Malaysian city of Malacca. (Photo by MOHD RASFAN/AFP via Getty Images)

“This epic moment is about 97 years in the making, and this is our way of saying thanks to Hidilyn for making us all proud. We believe that it’s just right to give our first-ever Olympic gold medalist a home in our first-ever township, Eastwood City, where she can enjoy the township lifestyle with her family and loved ones,” Megaworld Corporation’s chief strategy officer, Kevin L. Tan, wrote in a press release.

The Manila Bulletin estimated the worth of Diaz’s new Megaworld home at 14 million Philippine pesos, or about $277,000. The condominium is located in the Eastwood City township of Quezon City in Metro Manila.

Diaz won Olympic Gold on July 26 in the women’s 55 kg category for weightlifting. The 30-year-old “set an Olympic record of 224 kgs [for a] total lift, combining her 127 kgs in clean and jerk – also an Olympic mark – and 97 kgs in snatch,” according to the Manila Bulletin.

“Diaz overtook Liao Qiuyun of [the] People’s Republic of China on her last lift in the clean and jerk to win with a total 224 kilograms, one more than Liao,” the official website of the Tokyo 2020 Olympics reported. Diaz’s combined weight lift of 224 kg set an Olympic record.

“Congratulations, Hidilyn. The entire Filipino nation is proud of you,” Roque added.