According to a report in the Washington Post, Joe Biden’s White House is set to impose an empty “diplomatic” boycott of the Olympics in China by refusing to send an official delegation.

However, he will still allow U.S. athletes to compete and allow American media networks to air the games regardless.

White House insiders told the Washington Post that after being urged by human rights activists to boycott the 2022 Olympics in Beijing, the Biden administration is trying to take a middle road. Instead of fully boycotting the event hosted by a country the White House calls genocidal, Biden is just going to cancel any official delegations and allow the athletes to carry on.

The Biden administration is trying to take a middle-of-the-road approach, said Michael Mazza, a nonresident fellow at the American Enterprise Institute. A diplomatic boycott, especially on a unilateral basis, is unlikely to improve Beijing’s behavior. For that reason, more steps should be taken to use the Olympics as an opportunity to pressure China on human rights, he said. 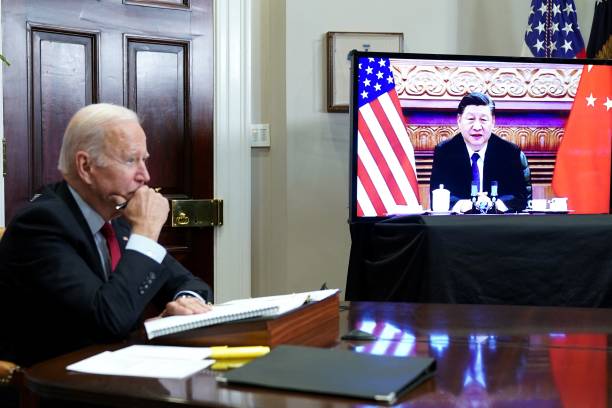 In March, Biden’s administration even reaffirmed the Trump administration’s determination that China has committed “genocide” against its Uyghur Muslim population and called China’s forced labor camps a “crime against humanity.”

In support of a mere “diplomatic boycott,” Pelosi said, “What moral authority do you have to speak again about human rights any place in the world if you’re willing to pay your respects to the Chinese government as they commit genocide? So, honor your athletes at home. Let’s have a diplomatic boycott. … Silence on this issue is unacceptable. It enables China’s abuses.”

But simply neglecting to send representatives to watch the games in China, yet otherwise fully endorsing the games “for the athletes,” is weak sauce for condemning “genocide.” Moreover, such a meaningless boycott will not likely affect China’s domestic policies one bit.

Indeed, China has been utterly undeterred by massive criticism worldwide and continues to issue bald-faced proclamations that charges of human rights abuses made against them are simply “lies.” 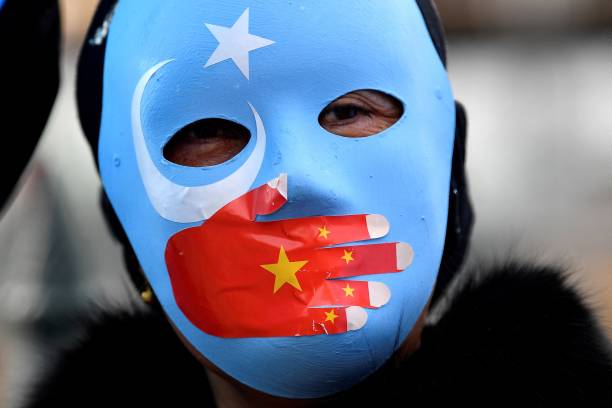 A protester wearing a face mask attends a demonstration in Sydney on June 23, 2021 to call on the Australian government to boycott the 2022 Beijing Winter Olympics over China’s human rights record. (Photo by Saeed KHAN / AFP) (Photo by SAEED KHAN/AFP via Getty Images)

However, a report published in March by the independent think tank Newlines Institute for Strategy and Policy cites dozens of experts who agree that China is the worst human rights violator of the modern age.

“The Chinese Communist Party has for decades persecuted the Uyghur minority of Xinjiang, a Turkic, Muslim-majority group,” Breitbart’s Frances Martel reported at the time. “Persecution led the way to what multiple international observers, including the administrations of both Presidents Donald Trump and Joe Biden, have labeled genocide under current dictator Xi Jinping. Xi’s regime has implemented a pervasive concentration camp system in Xinjiang, building at least 1,200 concentration camps in the region where as many as 3 million Uyghur people — and other minorities such as Kazakh and Kyrgyz people — have been forced to live.

“The few survivors of the concentration camps who have chosen to speak out testify to being subject to brutal torture in the camps, including systematic rape and communist indoctrination. Evidence indicates Beijing has also enslaved much of the Uyghur population and forced them to travel nationwide for arduous agricultural and industrial labor,” Martel added.