Aaron Rodgers let his opinions about “Cancel Culture” be known on The Pat McAfee Show on Tuesday where he wore a black hoodie with the fascist, censorious phrase crossed out.

The conversation largely steered away from politics, save for brief section in which Rodgers expressed his frustration over the fact that coronavirus mitagation did not focus on general health.

“The one frustration I have in all of this, throughout this entire time, there hasn’t been any conversation about health,” he said. “As far as giving people things to think about when it comes to health. Like how to be healthier. As far as your diet, and vitamins, and exercise.

“The other thing that hasn’t been talked about is treatments,” he added. “I don’t understand why society & the NFL hasn’t talked about legitimate Covid treatment options.”

Rodgers also appreciated that the NFL showed a sign in shifting its policy toward asymptomatic players that test positive for coronavirus.

"The one frustration I have is that throughout all of this there hasn't been any conversation about health. I don't understand why society & the NFL hasn't talked about legitimate Covid treatment options" ~@AaronRodgers12#PatMcAfeeShowLIVE pic.twitter.com/QtLaERUtn4

While Rodgers has not been exactly “canceled” in the fullest sense of the word, his name has been severely tarnished over the past few months, starting when his refusal the coronavirus vaccine became public knowledge this past autumn – a decision he did not regret and doubled down on during an interview on the Pat McAfee Show in early November.

Rodgers further blasted the media for lying about his personal health decisions. 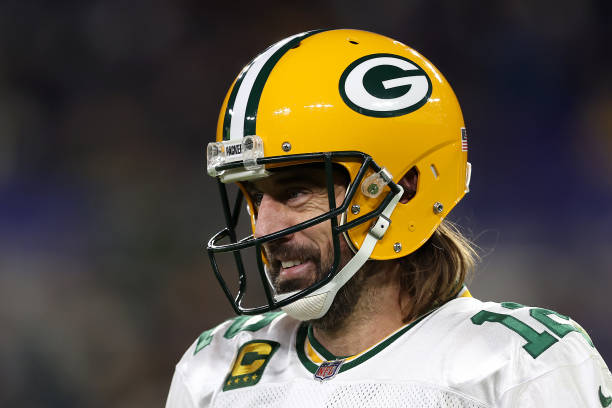 BALTIMORE, MARYLAND – DECEMBER 19: Quarterback Aaron Rodgers #12 of the Green Bay Packers looks on against the Baltimore Ravens in the second half at M&T Bank Stadium on December 19, 2021 in Baltimore, Maryland. (Photo by Rob Carr/Getty Images)

“To just say that [the vaccines are] a blanket for all that ails you, in my opinion, is wrong and reckless. And for the media out there taking shots at me, if you don’t know my story, well, now you do,” he exclaimed. “So, quit lying about me, and personal health decisions, in my opinion, should be private.”

The confession came after Rodgers tested positive for coronavirus, causing him to sit out on at least one game. He was later fined $14,650 for violating the NFL’s coronavirus protocols.

Last week, ESPN’s Doug Kezirian speculated that the controversy could cost Aaron Rodgers some “key” MVP votes this year despite his performance on the field.