The University of Pennsylvania has nominated transgender swimmer Lia Thomas, a biological male, for the National Collegiate Athletic Association’s (NCAA) Woman of the Year award.

Thomas is one of 577 nominees selected from the roughly 223,000 female collegiate athletes nationwide.

The NCAA’s Woman of the Year award recognizes “female student-athletes who have exhausted their eligibility and distinguished themselves in their community, in athletics and in academics throughout their college careers.”

With 2022 marking the 50th anniversary of Title IX, the NCAA is honoring the top 30 nominees and naming the award winner at its annual convention in San Antonio, Texas, in January.

Thomas, who had lackluster performances when competing against male student-athletes, made headlines this year after his first-place finish in the women’s 500-yard freestyle event in the NCAA’s swimming championship.

Thomas’ performance shocked critics, political pundits, and her fellow teammates. In an anonymous letter written to UPenn and the Ivy League, 16 of Thomas’ classmates complained about his “unfair advantage over competition in the women’s category.”

“Biologically, Lia holds an unfair advantage over competition in the women’s category, as evidenced by her rankings that have bounced from #462 as a male to #1 as a female,” the letter said.

Another teammate said, “You can tell he is mentally ill.”

“You can tell he is mentally ill. I saw the video and was so disgusted. Lia identified as a woman, but she is not a female,” the teammate said. “That is a fact. It doesn’t matter how you feel.” 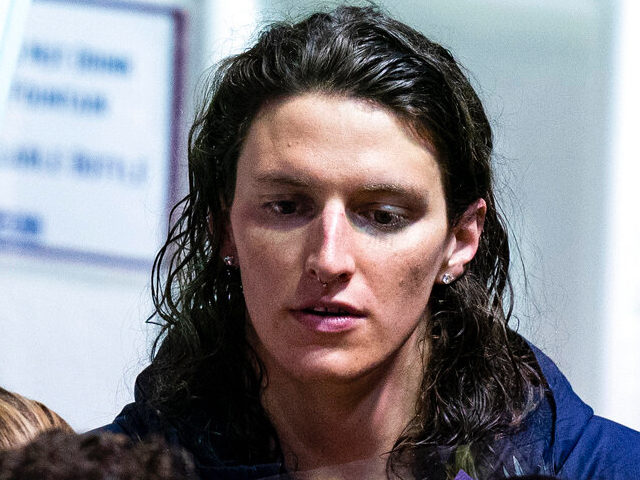 Women’s tennis legend Martina Navratilova said that Thomas’s name should be accompanied by an “asterisk.”

“It’s not about excluding transgender women from winning ever,” Navratilova said. “But it is about not allowing them to win when they were not anywhere near winning as men.”

“But right now, the rules are what they are,” she continued. “Maybe put an asterisk there, if she starts breaking records left and right.”

The 577 nominees for NCAA’s Women of the Year represent student-athletes across 23 sports from the Division I, Division II, and Division III levels.