Damar Hamlin, the 24-year-old safety who collapsed due to cardiac arrest during Monday Night Football this week, is showing some signs of improvement, according to his uncle.

Dorrian Glenn, Hamlin’s uncle, told the NFL Network on Tuesday that his nephew had been reduced from 100% oxygen on the ventilator to 50%, a marked improvement.

“Right now, they got him on a ventilator, so they’re trying to get him to breathe on his own,” Glenn told the NFL Network. “So, we’re just kind of taking it day by day. Still in the ICU. They have him sedated, so just continue to administer the medical treatment that they’ve been doing.”

“Once he gets out of ICU, I’ll feel better myself,” Glenn added. 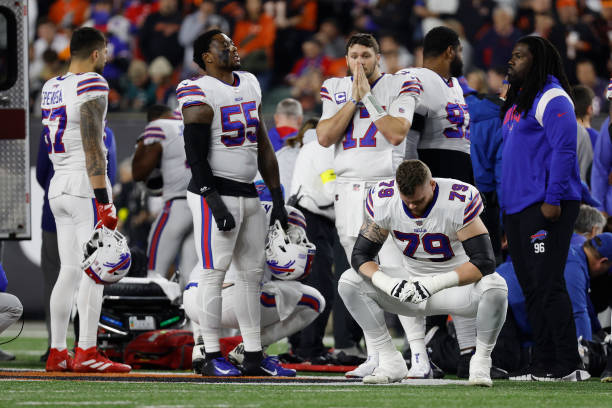 Buffalo Bills players react after teammate Damar Hamlin #3 was injured against the Cincinnati Bengals during the first quarter at Paycor Stadium on January 02, 2023, in Cincinnati, Ohio. (Kirk Irwin/Getty Images)

Medical staff from the Bills and Bengals worked furiously to revive Hamlin on Monday night after the player stood up from a seemingly routine hit and suddenly fell to the ground.

“I’m really, really thankful for the medical staff that’s been working with him,” Glenn said. “They’ve been truly awesome and helping him with his recovery. It was a really, truly scary scene to witness that yesterday, as everyone in the country probably can agree with. I would have felt the way I felt no matter who it was, but for it to be my nephew, man, it was especially more of a gut punch to see that. I’m thankful that he’s still here, he’s still alive, and he’s still fighting. We’re just taking it day by day and continue to let the medical staff do what they do.”

Glenn marveled at the outflow of support and love for his nephew. Notably, the children’s toy drive begun by his nephew has now earned more than $5 million in donations since Monday night. 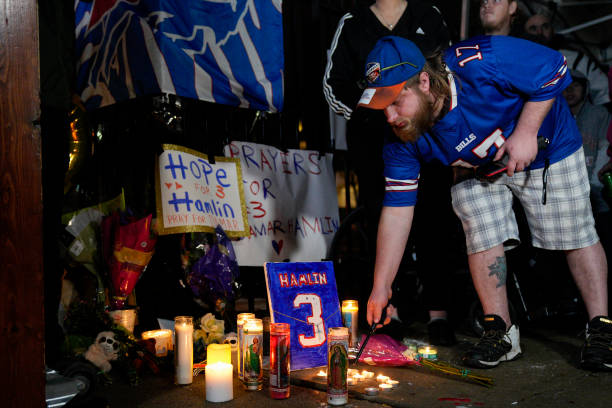 “It’s tremendous to see all the love and support that my nephew has out here,” Glenn said. “A lot of people don’t get a chance to see how loved they are while they’re alive, so for him to have a situation where he could have been taken away, and he has a chance to come back and see all that love that he got, it’s truly an amazing thing, and I can’t wait for him to see all the love and support that people have for him. Not just around the area, but around the country and the world, it’s been amazing.”

The game was suspended after Hamlin’s collapse. The NFL has not announced when or if the game will be replayed.