The planet is cooling, but this isn’t something the alarmists want you to hear, especially when they’ve got a shiny, expensive, new bridge to sell you with Green New Deal stamped on the side. 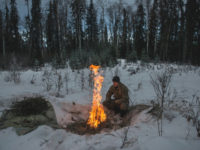 The South Coast Air Basin (SCAB) reported 87 days of days of unhealthy air due to an atmospheric high-pressure dome that raised ocean temperatures and drove wildfires.

California Department of Forestry and Fire Protection announced Monday that the state spent 98 percent of its 2018 budget and is only halfway through the wildfire season. 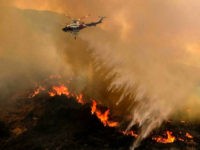 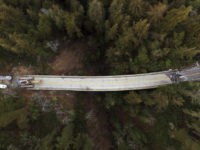 The U.S. Weather Service confirmed that 2017 was the costliest hurricane season in America’s history and forecast an above average with 14 named storms for the 2018 season.

The “March Miracle” storm system that has lashed California for the last four days, dumping 6 feet of snow in the Sierra Mountains, just ended what appeared to be a new drought. 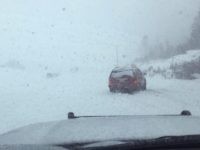 Warnings have been posted for the risk of mudslides in areas that burned in last year’s wildfires, as bone-dry California looks forward to its best week of rain and snow this winter. 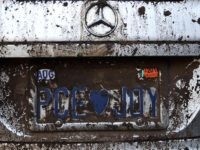 Half of California in Drought as Midwest Forecasts Extreme Flooding

Half of California is officially back in drought, while the Midwest and Plains may suffer from extreme flooding, as the extreme La Niña weather condition intensifies. 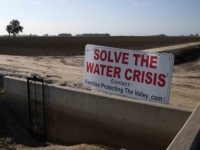 A strengthening La Niña weather pattern has brought cooler temperatures to the world — except in California, where it is expected to be dry and warm for the next three months. 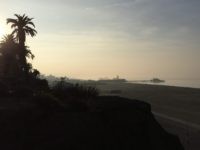 The National Weather Service predicts a 55 to 65 percent chance of a La Niña this winter as cooling over the tropical Pacific and colder deep ocean waters is expected to cause a drier and warmer West Coast and a wetter and colder Mid-West and East Coast.

California’s Department of Water Resources’ forensic analysis has reported that blueprints for the Oroville Dam and its spillway reveal that design defects were known when the dam opened in 1969. 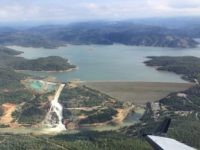 The “flash drought” in the upper plains states, and rising temperatures in the Equatorial Pacific, are warnings that another El Niño is forming that could slam the West Coast this winter with heavy rainfall, widespread flooding and infrastructure failure risks. 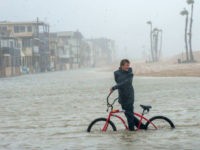 Snowmelt-driven flooding in Yosemite Valley and parts of Mariposa County is about to worsen as new thunderstorms packing 50-mile-per-hour winds slam the Sierra Mountains. 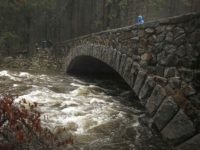 Los Angeles City Council President Herb Wesson has introduced a motion to end oil drilling and production near public places in a measure that could kill America’s next oil and gas fracking boom. 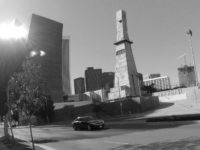 Oroville Dam Spillway Wide-Open as Heatwave May Cause Rapid Snowmelt

Oroville Dam’s spillway was forced to reopen at maximum flow as over 50,000 cubic feet per second of water careened into the lake and weather scientists warned of an impending 7 to 10-day heatwave that could cause flooding from an accelerated snowmelt. 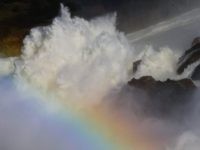 California Gov. Jerry Brown declared Friday that the drought in his state is officially over, with a formal declaration to an end of the drought state of emergency in most counties. 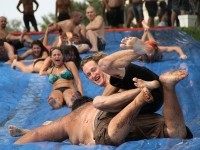 Data from the U.S. Energy Information Agency suggest that the state could receive an extra $900 million in new hydro-electric revenue as a result of record California rain — and that the cash could pay for some of the damage to the Oroville Dam, the Los Angeles Aqueduct, and much of California’s key flood control infrastructure.

The National Weather Service’s latest observation for the oscillation between years of El Niño versus Lina Nina weather patterns is currently neutral, but climate forecasters predict early signs of a strong El Niño could drench California again next year.

Continued rains in Northern California this week forced the evacuation of 14,000 residents in San Jose, one of California’s largest cities and the urban hub of Silicon Valley. 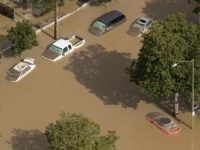 Drivers on New Year’s Eve were stuck for several hours in both directions on I-5 north of Los Angeles, thanks to snow that fell in the area. 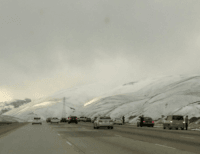 Global land temperatures have plummeted by 1 degree C since the middle of this year – the biggest and steepest fall on record. But the news has been greeted with an eerie silence by the world’s alarmist community. 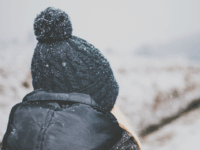 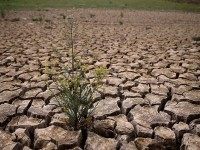 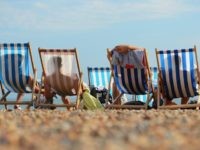 Death Valley, California, is known as “the hottest place on earth.” But, if you hear the news that the “Hottest Place on Earth Has Record-Breaking Hot June”—when “temperatures exceeded average June temperatures by about 6 °F”—it might be easy to ascribe the heat to alarmist claims of climate change. As Southern California experienced power outages due to a heat wave, Death Valley hit 126 °F—though the previous June high reached 129 °F on June 30, 2013, and it holds the highest officially recorded temperature on the planet: 134 °F on July 10, 1913. 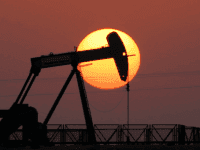 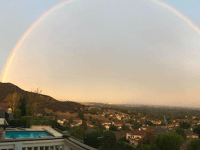 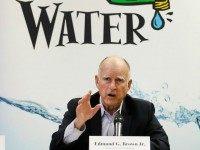 With Northern California’s massive Shasta and Orville dams about to fill up for the first time in five years of drought, the state is about to lift mandatory statewide water conservation order for most cities and farms. 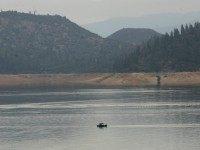 Poll: 9 in 10 Californians Plan to Permanently Reduce Water Use, Even After Drought Ends

Nearly two in three Californians call the state’s current four-year drought “extremely serious,” and nearly nine in ten (86 percent) plan to permanently reduce the amount of water they use, even after the drought ends, according to a poll that came out Thursday.

Overheated tropical waters in the Pacific are set to flip to a cooling phase that will say goodbye to the docile little boy called “El Niño” and prepare for his rambunctious little sister, “La Niña.” 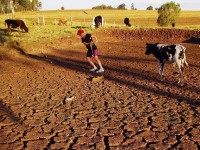 Bitter cold across the eastern U.S., caused by Arctic air and a rapidly weakening El Niño weather condition, threatens widespread damage to crops that could ignite a new round of food inflation. 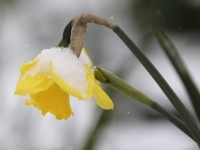