A mosque in Marseille has been ordered to close several times over the last five years by authorities but continues to refuse to obey orders. 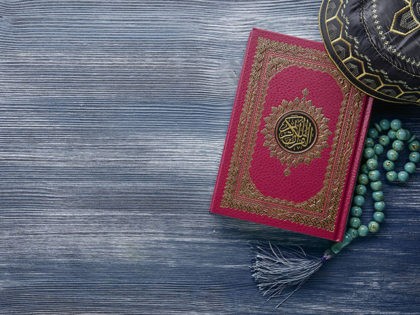 The Pentagon confirmed Monday that the Islamic State terror chief’s remains were disposed of “appropriately” after his suicide to prevent capture this weekend. 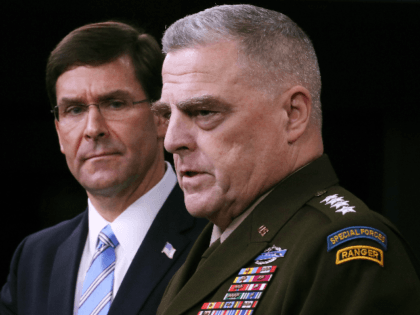 Morocco is about 99% Muslim, so it would seem like an unlikely jurisdiction for one of the world’s strictest burqa bans. 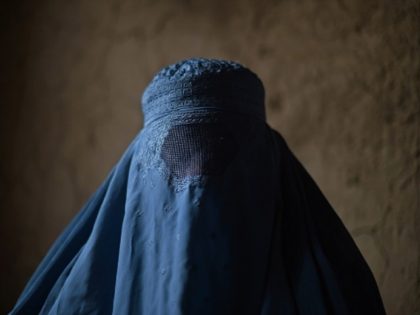 Geopolitical Futures’ George Friedman has warned that Saudi Arabia’s inability to keep oil prices up to $90 a barrel will frustrate the kingdom’s effort to balance its books, meaning it is only a matter of time before “Riyadh’s unique social stability comes apart.” 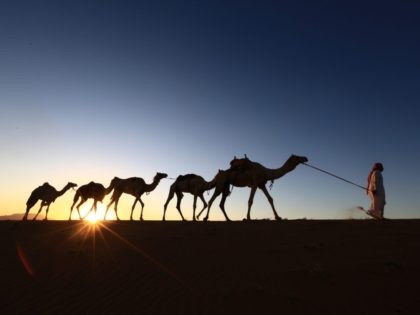 A French Muslim won a court order on Tuesday lifting a travel ban she says was imposed due to her ultra-conservative Salafist beliefs, in a case exposing tensions between France’s official secularism and its Muslim minority. 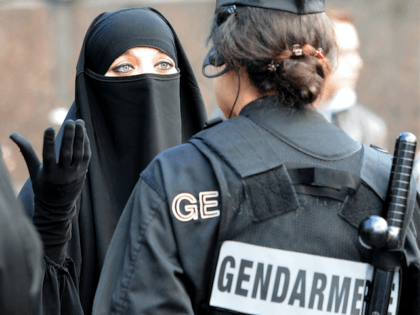 Scholars are warning against the spread of niqab shops in Germany after an investigation has revealed they serve as Salafist meeting places and indoctrination centres. 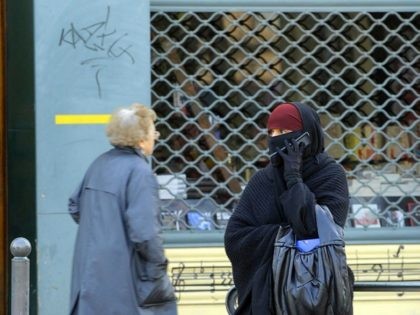 The Bulgarian Parliament has overwhelmingly given the green light to a proposed ban on the wearing of burqas in the country, with only eight Members of Parliament voting against it. The bill’s approval means that Bulgaria is on track to 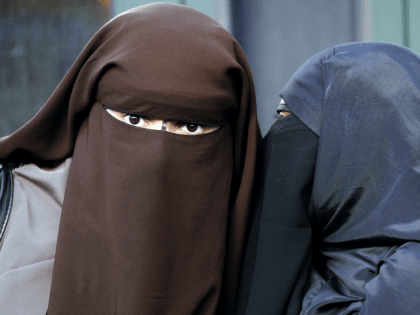 Department of Homeland Security whistleblower Philip Haney, who said an investigation into radical Islam that might have stopped the San Bernardino jihad attack was scuttled by DHS for politically-correct reasons, joined SiriusXM host Stephen K. Bannon for a special edition of Breitbart News Sunday on the evening after the Orlando shootings. 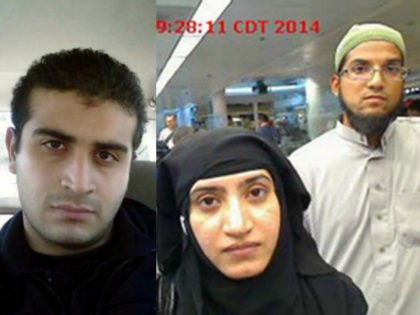 Conservatives in Germany want to ban Salafists from recruiting migrants, as the government admits they see 20-60 attempts made per month. Radical Salafist groups are actively trying to recruit migrants in Asylum homes to join their groups and potentially wage 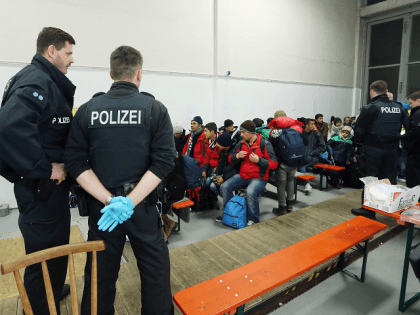 Egyptian Salafist Under Fire for Meeting with Jewish Delegation

Ynetnews reports: A delegation of Jews met with Salafi leader Dr. Jiah a-Shimi in the Egyptian town of Fayoum last month in a meeting which caused uproar amongst the Egyptian Salafi movement. Dr. Omar Salem, an Egyptian-American religious scholar invited 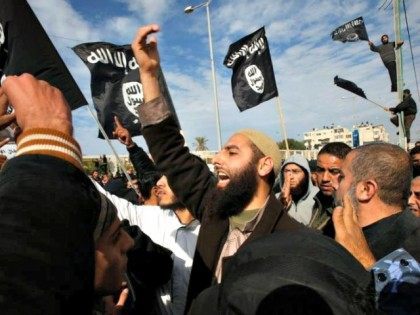 Iranian Foreign Minister: We Have No ‘Fight to Pick’ with Saudis

Iranian Foreign Minister, Mohammad Javad Zarif, went on CNN to address the growing tension between his nation and Saudi Arabia, which he described as “panicking” over reduced tensions between Iran and the Western world. During the interview, he slammed Saudi Arabia as the fountain from which terrorism flows, and lectured America for being “addicted” to sanctions. 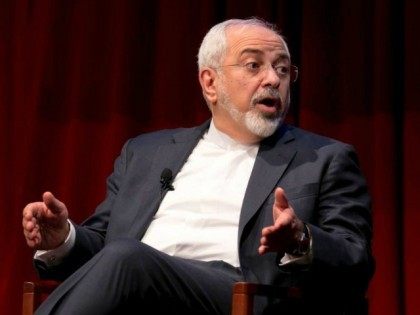 Islamist-Linked Frenchman Who Decapitated Boss Kills Himself in Jail

A Frenchman who killed his boss and pinned his severed head to a fence at an industrial gas factory has committed suicide in his jail cell, prison authorities said Wednesday. Yassin Salhi, 35, hanged himself from the bars of his 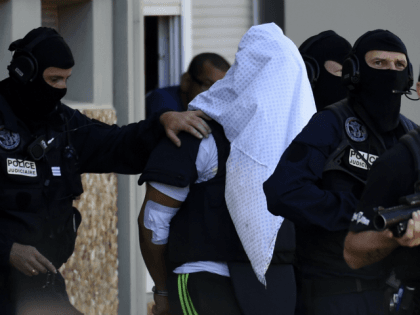 ‘Sharia Police’ vigilante force founder, Sven Lau (pictured above), has been arrested on the suspicion of supporting a terrorist organisation in Syria. One of Germany’s most prominent Islamist preachers, 35-year-old Mr Lau is a German convert to Salafi Islam, a radically 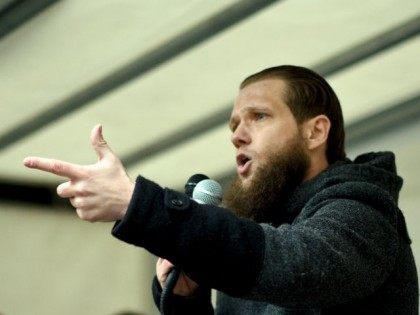 Department of Homeland Security whistleblower Philip Haney gave an extensive interview to Breitbart News Daily on Friday morning, in which he discussed an investigation that might have stopped the San Bernardino jihad attack… but was scuttled by Homeland Security brass for politically-correct reasons. 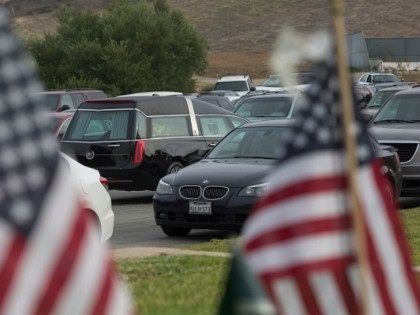 TEL AVIV – In the first such visit in 35 years, the head of Egypt’s Coptic Orthodox Church attended the funeral of a local bishop in Jerusalem, sparking controversy in Egypt for Pope Tawadros and his decision to enter the Jewish state. 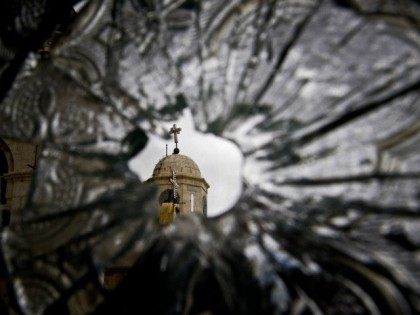 JAFFA, Israel – Salafists allied with ISIS ideology were caught in the act of planning a mass escape from a Hamas prison in the Gaza Strip last week, according to Hamas sources speaking to Breitbart Jerusalem. The event spotlights the

One of the factors spurring Russia to action in Syria was the success of ISIS recruitment in certain parts of Russia. A notable example of this is the province of Dagestan, which has a large and impoverished Muslim population, a history of unrest, some hot spots of radical Salafist Islam, and lingering resentment against heavy-handed police tactics. 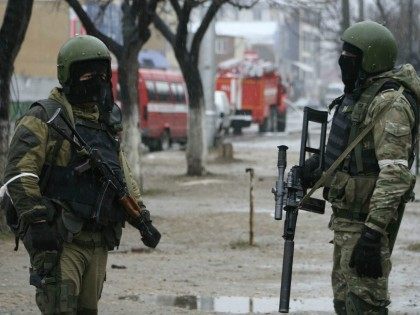 Germany A ‘Focus Of International Terrorism’ Due To Migrants

Germany’s Interior Minister has warned that his country is a “focus of international terrorism” and its only thanks to luck and the security services a big attack has not happened. In an interview with Westdeutsche Allgemeine Zeitung (WAZ), German Minister 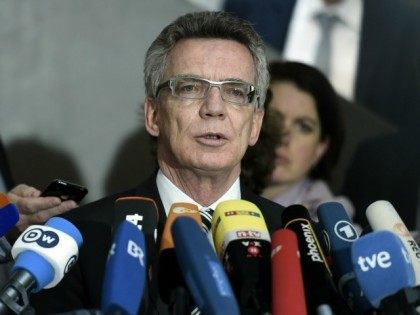 Women, children and religious minorities must be better protected in Germany’s migrant camps, the head of the policing union has said. Fighting between ethnic and religious groups within the camps has intensified in recent weeks as the migrant population has 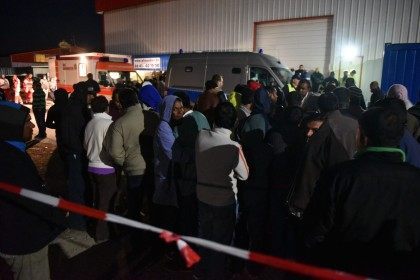 Muslim fundamentalists waste no time radicalising their latest Islamist recruits, approaching new arrivals as soon as they arrive in Europe, according to German security services. A spokesman for the Bavarian security service said Islamists were taking advantage of immigrants who were disorientated 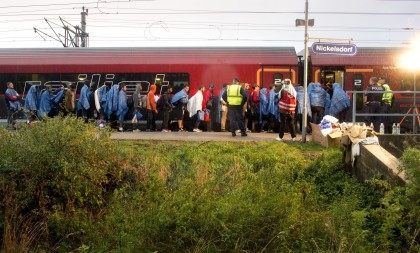 Radical Imams In The Firing Line: One Down, Four to Go

Belgian authorities are monitoring the activities of four radical imams believed to be encouraging young people into Islamist extremism. All four face expulsion from Belgium, following the example of a Moroccan-Dutch radical imam whose residence permit was revoked on Tuesday. Flanders News 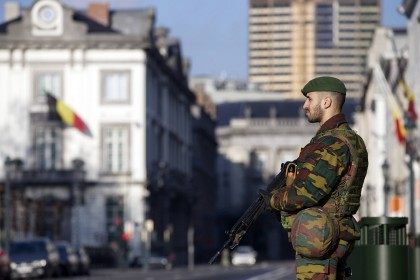 French media is reporting that Yassin Salhi, the driver who decapitated his boss before before ramming a truck into the American-owned Air Products factory in Saint-Quentin-Fallavier near Lyon, has confessed to the murder. French authorities are still calling it a terrorist attack, however 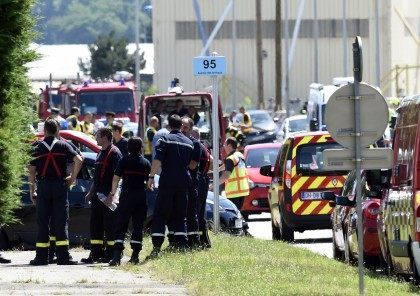 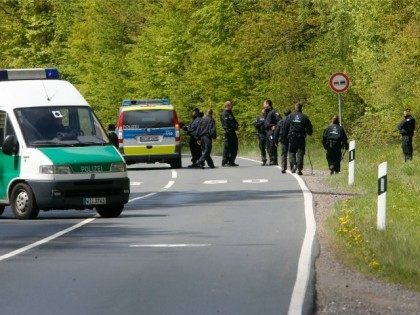