A group of popular Facebook meme pages have launched a revolt against Facebook’s increasingly strict and bizarre censorship.

The revolt, which includes some of Facebook’s biggest comedy pages, aims to catch Facebook’s attention in a show of dissatisfaction with the social network’s current policy enforcement system.

“I have gone through a lot of post blocks and seen a lot of friends getting into issues with losing their accounts or pages even over the most inoffensive posts like this picture of Drake as a n64 controller that got my post blocked,” said one of the revolt’s organizers, Devin Shire, in an interview with Breitbart Tech. 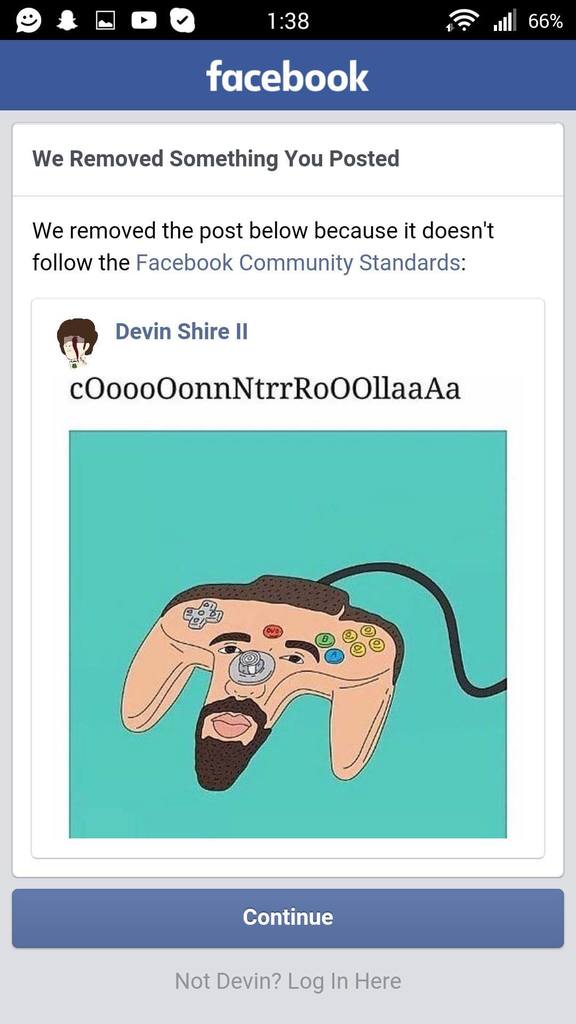 “Originally we only had my page Young Thugga La Meme, Everything Is A Social Construct, another page I admin Chair Memes, Digiannantonio Aesthetic, and Kevin 3 I believe, then we went reaching out to everybody we knew who had pages and had them reach out to every other page admin they knew,” he explained. “It was not easy trying to talk some pages into being apart of this because a lot of them feared the backlash they might receive from Facebook for trying to stand up for this issue.”

Most of the pages have changed their profile pictures to include a pink upside down Facebook logo, which is the icon of the revolt.

In July, a popular Facebook page called “Meninist,” which had nearly 400,000 likes, was permanently suspended for their profile picture of a man with a beard, only to be reinstated after Breitbart Tech called Facebook out on the bizarre move.

In the same month, a meme page mocking Democratic presidential candidate Hillary Clinton was also removed, with the social network citing an inoffensive joke image as the reason for deletion.

Numerous other examples of Facebook censorship have taken place almost daily, including the suspension of gay conservative Lucian Wintrich after he used the word “fag,” the removal of a men’s rights conference page on the day of the conference, the censorship and restriction of WikiLeaks links, and the deletion of anti-Islam and even anti-ISIS content.

Despite the crackdown on harmless and inoffensive content, Facebook has refused to deal with real infringements upon their policies.

The social network refused to remove a cartoon posted by the Black Panther Party of Mississippi’s page in July that portrayed a man in a black robe and mask slitting the throat of a police officer.

“We reviewed the post you reported for promoting graphic violence and found it doesn’t violate our Community Standards,” said Facebook after the image was reported by numerous users.

“I think attempting to censor people in these ways is very counterproductive,” said Shire. “I think they believe this is gonna help discourse on these social media sites, but I think this is hurting them in the long run.”

The full list of currently known pages that are taking part in the revolt can be seen below: