YouTube has suspended his account — allegedly because he violated their “terms of use”; but really, he suspects, for the crime of being a Trump supporter who speaks unpalatable truths about leftist evils.

If you’re unfamiliar with Thomas Wictor, you’re missing a treat. He’s a Venezuelan-born recluse with a rich and varied past who, besides being the world’s greatest (and only) expert on World War I flamethrowers, also happens to produce some of the most fascinating Twitter threads and social media video commentary you will ever see on subjects ranging from Antifa to Pallywood to what’s really going on in Syria and Iraq.

Some of his output is so kooky and recondite that, quite possibly, it strays into the realm of conspiracy theory.

But with Wictor you can never be quite sure because his exposition is so thorough and well-documented.

One of his specialties is forensic video analysis. This is how I first came across him, a few years back, when I wrote my first Breitbart News story based on his research. It concerned the four Palestinian boys supposedly blown up on a beach by Israeli artillery during the last Gaza conflict — but really, or so Wictor claimed, murdered by Hamas who then exploited the dead children for propaganda purposes.

More recently he has attracted a big following on Twitter thanks to his epic threads which examine the truth behind various news stories, especially ones relating either to the Middle East or Antifa’s domestic terrorism.

This, he believes, is what got him into trouble with the left’s political correctness sentinels.

I was able to prove at least three attempted murders by Antifa at Berkeley on April 15, 2017. In the video above [now deleted by YouTube], the Antifa member used a Fairbairn-Sykes fighting knife.

The Fairbairn-Sykes is a double-edged stabbing weapon. It produces deep wounds that bleed heavily, making it hard to save the victim. It was only incompetence on the part of Antifa and sheer luck that the free-speech supporter didn’t die. The Antifa member stabbed four times. That’s attempted murder in the first degree.

The reason I came to the attention of Google was that Donald Trump Jr retweeted me. After that, my YouTube account came under almost daily assault until it was terminated.

On Twitter, I support Jews, Shia Muslims, Sunni Muslims, Christians, blacks, whites — I see no religion or color. My blog posts were all technical.

The last detail is important because, according to Google’s explanations as to why his YouTube account was first closed temporarily then permanently, his videos had “inappropriate content.”

About ten of my videos on weaponry were age restricted. YouTube said that I was required to DESCRIBE the contents of the videos. Since I hadn’t, I was violating their terms of use.

The videos showed no deaths. They were purely videos of rockets and other weapons.

My second strike came over a video of Iraqi troops DEFEATING a terrorist truck bomb with a shoulder-fired rocket. The video showed a truck disappearing in a ball of flame. No gore. The point of the video was to show that a hypersonic rocket was used. It’s a purely kinetic weapon that breaks apart the truck bomb, lessening the power of the explosive.

This video was deemed “inappropriate content.” My ability to upload videos was suspended for two weeks, which turned out to be a month.

Eventually, Wictor’s account was killed with death-by-faceless-bureaucracy. (I’ve included the full private thread of Wictor’s communication with me because it’s so classically Thomas Wictor)

My ability to upload videos was suspended for two weeks, which turned out to be a month.

Yesterday I got this:I checked my mail, and they told me that I needed to “take immediate action” or my account and its videos would be deleted. They had signed me out of YouTube. When I tried to sign in, I got a message:

“We have detected suspicious activity on this account. Please verify your identity.”

After ten attempts, they sent me a DIFFERENT code that contained only six digits. When I entered it, I got this message.

Again, they had detected suspicious activity on my account, and I had to verify my identity.

This time, I clicked a link asking for an explanation for my account being suspended. Here’s what I said:

“You told me that I must take immediate action in order to prevent my account from being terminated. However, you haven’t told me the action I must take. Please let me know what you require me to do.”

This was their response. 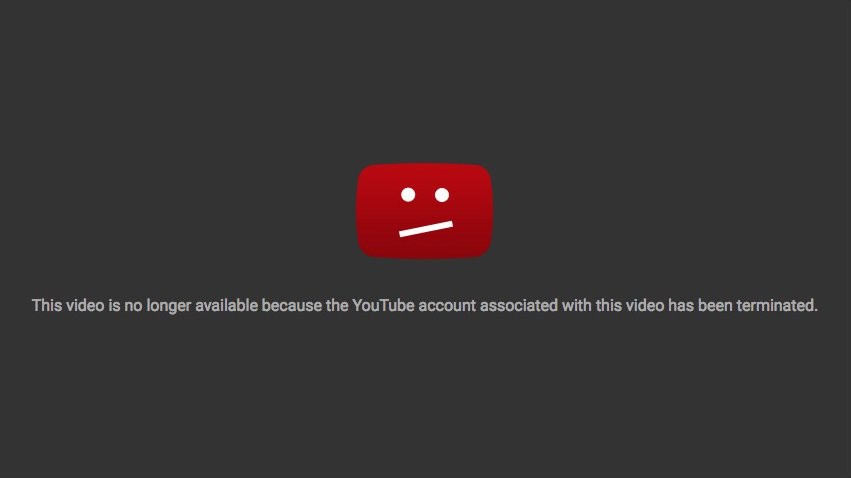 This is the internet’s loss and reflects ill on both YouTube and Google.

Happily, his Twitter threads are still operative and today’s is another classic. It concerns a story about State Rep. Beth Fukumoto (D-Hawaii) and her claim — reported in Huffington Post  — that she received racist correspondence from a Trump supporter.

Wictor has strong suspicions that it is a hoax because, using photos of the letter and envelope from the internet, he has subjected the correspondence to forensic analysis.

Read the full thread to find out why he thinks it is fake. It’s classic Wictor.