Elon Musk, the CEO of Tesla, SpaceX, and now Twitter, has said he would support Ron DeSantis in a 2024 presidential primary, although it is still unclear if the Florida governor intends to run.

Asked on Twitter, the platform he now owns, if he would support DeSantis in 2024, Musk responded in the affirmative, while stressing that platform should be “fair to all.”

But Twitter as a platform must be fair to all 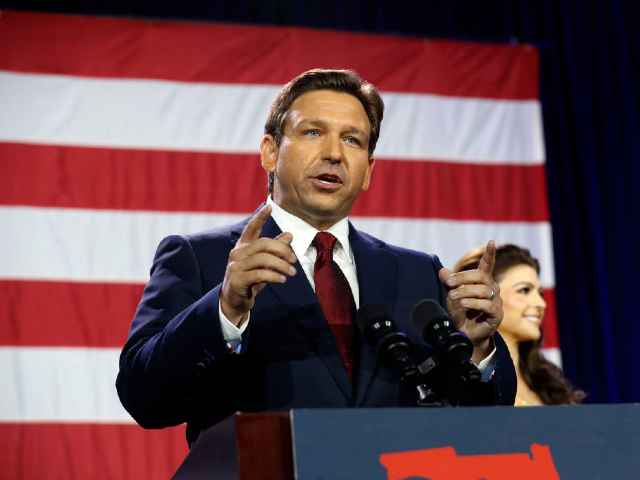 Musk describes himself as a moderate Republican, a relatively recent development. He told followers he “reluctantly” backed Biden over Trump  in 2020, but was disappointed with the administration.

But freedom of speech is the bedrock of a strong democracy and must take precedence.

My preference for the 2024 presidency is someone sensible and centrist. I had hoped that would the case for the Biden administration, but have been disappointed so far.

“My preference for the 2024 presidency is someone sensible and centrist. I had hoped that would the case for the Biden administration, but have been disappointed so far.”

The billionaire came out as a Republican earlier this year, casting a ballot for the GOP for the first time in the special election for Texas’ 34th congressional district in June.

Since taking over Twitter, Musk has moved quickly to restore major conservative accounts that have been banned, most notably that of former President Donald Trump.

Following a recent poll of his followers on the topic, Musk announced an “amnesty” for all users who have previously been banned for violations other than illegal activity or “egregious spam.”

Musk’s announcement comes shortly after he launched a poll asking Twitter users to vote on reinstatements for accounts that have not “broken the law or engaged in egregious spam.” 72 percent of those that answered the poll voted yes.

Musk tweeted: “The people have spoken. Amnesty begins next week. Vox Populi, Vox Dei,” using a Latin phrase that means “the voice of the people, the voice of God.” Musk used the same phrase after reinstating former President Donald Trump to the platform. Trump has said he will not be returning to Twitter but has not deleted his account.

Musk’s ambitions to restore free speech to Twitter have led to a backlash from advertisers, with over a third of the platform’s major advertisers pulling out. Leftists, including Twitter’s former top censor, have also pointed to regulators and the Apple and Google app stores as potential mechanisms to restrain free speech on the platform.