However, it seems that a lot of conservatives interpret this differently. Some think that engaging in the culture means denigrating everything that comes out of “Hollyweird” and to instead make our own movies. Many times these movies are no better than the heavy-handed politically left movies, because they put the message before the entertainment value.

There are also those who think of themselves as the cool conservatives because they think they’re above oldsters like Mike Huckabee who comment on Beyoncé. But I’ve seen these same conservatives swept up by the outrage train.

During this year’s Super Bowl there was a T-Mobile commercial with comedians Chelsea Handler and Sarah Silverman. After several scenes in which they mocked themselves and celebrities in general (think Gwyneth Paltrow’s pretentious lifestyle website) Silverman hands a baby to a woman in her “home delivery room” and wryly says, “Sorry, it’s a boy.”

The “not as holier than Huckabee” coalition found their shiny object to rail against as they called the ad sexist, ignoring that most of the ad mocked liberal celebrities. Perhaps the worst lesson we could have taken from the left is to think we can win back the culture by stoking outrage.

Fortunately, there is a group of conservatives and libertarians – I call them political punks – who actually have cultural credibility. They appreciate mainstream culture for the power of the parable in furthering a message of liberty. They also understand that unlike the perpetually outraged on both sides, Americans don’t view everything through politics. They are anti-authoritarian. They are punk. They go against the liberal culture scene and the conservative political scene. These punks are our best hope for engaging new audiences on the importance of liberty. 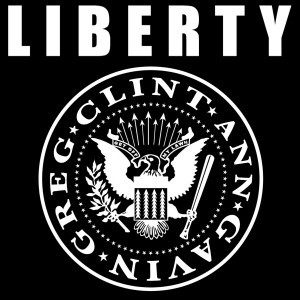 That Gutfeld has two shows on the top news network gives me hope in America’s future. No, really. It means that maybe I’m not alone in embracing punks. Unlike those who didn’t get the Super Bowl commercial, Gutfeld gets that mocking the Left is effective even when not vicious and obvious. One example is the fantastic show, “Portlandia.” Gutfeld wrote:

This show is not a celebration of capitalism – but an attack on the attack on capitalism. The message: if you’re going to get rid of something, you better have something better to replace it with – or you’re fucked.

So many ideas in Portlandia all return to one theme: the characters are lost without an idea of how to make money, or even be useful. They are mostly pleasant, nonviolent, slightly desperate in their barely concealed sense of victimhood and envy – but most of all, they are suckers to their own nonproductive whims.

And so what you have is a refreshing reversal – tax accountants, cops, cheerleaders are actually, for once, portrayed sympathetically, while hipster bike messengers aren’t.

Gutfeld uses non-traditional ways to explain (Gutsplain?) liberty and free market principles that are palatable to a traditional audience, like Fox News viewers, as well as to those who are skeptical of conservatives and the political world in general.

The 84-year-old actor and director would probably get a chuckle out of someone calling him “punk” given his famous movie line. Better yet, that it’s meant in a positive way.

On his political beliefs, Eastwood said, “I like the libertarian view, which is to leave everyone alone. Even as a kid, I was annoyed by people who wanted to tell everyone how to live.”

After his 2012 “conversation” with the missing President, it was clear that Eastwood could clearly see the political landscape and it was everyone else who needed to catch up. Both Republicans and Democrats didn’t get the point that he was making with the empty chair. Three and half years later there’s no better way to describe President Obama’s lack of leadership.

Like Eastwood, Coulter is not without critics. That’s usually what happens when you’re ahead of the curve. She establishes conventional wisdom, the writer as entrepreneur, and the power of parables.

Coulter’s column and book theses tend to become conventional wisdom adopted without attribution. She revealed the Left’s systematic use of “human shields.” She was the first to make the comparison of the Left to the French Revolution. She called Keith Olbermann out on being a phony Ivy Leaguer. She ended the notion of Kwanzaa as a legitimate holiday. Forget Christmas music, to me it’s not the Christmas season until I read Coulter’s annual Kwanzaa column. She is the Ramones in a sea of Green Days.

Coulter popularized the notion that writers are entrepreneurs. After I spent seven years at a conservative group focused on college-age women and then six years as the director of CPAC, I’ve heard dozens of people (blondes, brunettes and boys) pronounce themselves as the next Ann Coulter. If they do make it into the media, they’re usually content with a regular writing gig or TV contract. Most conservative and liberal writers are working for some form of “the man.” Not Coulter. In a radio interview she said, “No one hires me, so no one can fire me.” Ann is a punk.

Finally, Coulter doesn’t turn up her nose at entertainment that can serve a purpose despite unconventional methods. In a great column called “Breaking Bad: A Christian Parable,” Coulter wrote:

It may seem counterintuitive that a TV show about a meth cook could have a conservative theme, much less a Christian one, but that’s because people think Christian movies are supposed to have camels — or a “Little House on the Prairie” cast. READ THE BIBLE! It’s chockablock with gore, incest, jealousy, murder, love and hate.

Punks are never afraid of a little blood and gore.

McInnes has the distinct honor of being the only person on this list who has actually been in a punk band. I first started following McInnes after his appearances on “Red Eye with Greg Gutfeld.” When everyone seemed to be wearing suits, he wore a t-shirt. When everyone was dressed casual, he was in a dapper vest or suit.

Following Andrew Breitbart’s death, I remember McInnes appeared on “Red Eye” the next night wearing a Breitbart-inspired shirt he made that simply read “So?” On his website, Street Carnage, McInnes explained:

When I was on Greg’s show Red Eye with Breitbart we were asked what we thought of Trump sponsoring a GOP debate. Greg and I had the knee-jerk reaction of scoffing at the whole thing. When Breitbart asked us what was so funny we said, “Well, it’s obviously just some rich guy showboating.” Then he taught me a word I never really paid attention to before: “So?”

This word defines Breitbart to me more than any other. At a bar one night I was whining about the allegation that all libertarians are funded by the Koch brothers. “So?” he replied. Andrew didn’t play the PC left’s game. Libertarians don’t get magical checks from the Koch brothers, but so what if they did? George Soros spends billions paying people he likes. There’s nothing wrong with that, either.

“So?” perfectly sums up the philosophy of the political punks. They aren’t bound by conventional mediums or political trends like perpetual outrage and victimhood. They are our best messengers for embracing liberty. Those who truly want to save the country should follow their lead or get out of the way.