The Washington Post’s top fact checker, Glenn Kessler, claimed on Monday the Post “immediately went to work” in mid-2021 — a year after the presidential election — to authenticate Hunter Biden’s “Laptop from Hell,” after trying to discredit the story on October 14, 2020, the same day the New York Post initially broke the story.

Kessler, whose paper refused to acknowledge the authenticity of the “Laptop from Hell” for 532 days after Breitbart News’s Emma-Jo Morris broke the story at the New York Post, claimed his team at the Washington Post did not “assess the veracity” of the Hunter’s authenticated emails on the laptop because no “source” provided the Washington Post with a copy of the laptop’s hard drive.

“Not until mid-2021 did a source provide The Washington Post a copy of the hard drive,” Kessler tweeted. “Then my colleagues went immediately work on it. We hired experts to assess the veracity and produced articles based on material that could be verified.” 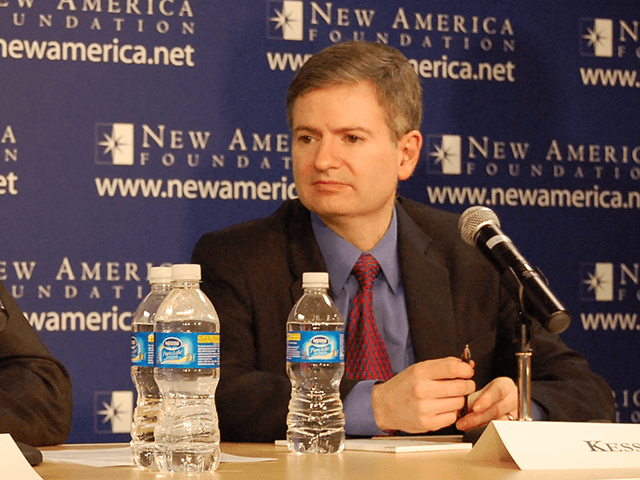 Though Kessler claims he was unable to ascertain enough information to assess the New York Post’s reporting, Kessler penned an article on the same day the New York Post broke the story, downplaying the authenticity of the email on Hunter’s laptop.

Not until mid-2021 did a source provide The Washington Post a copy of the hard drive. Then my colleagues went immediately work on it. We hired experts to assess the veracity and produced articles based on material that could be verified. https://t.co/ERaFoPLwel https://t.co/330JZculDa

“How do we know the email is authentic?” he questioned. “We do not. The New York Post published PDF printouts of several emails allegedly taken from the laptop, but for the ‘smoking-gun’ email, it shows only a photo made the day before the story was posted”:

The Washington Post has not been able to independently verify or authenticate these emails, as requests to make the laptop hard drive available for inspection have not been granted. The New York Post said it obtained the material from former New York mayor Rudolph W. Giuliani, a personal lawyer to President Trump.

The verifiable emails are a small fraction of 217 gigabytes of data provided to The Post on a portable hard drive by Republican activist Jack Maxey. He said the contents of the portable drive originated from Hunter Biden’s MacBook Pro, which Hunter reportedly dropped off at a computer repair shop in Wilmington, Del., in April 2019 and never reclaimed.

Rudy Giuliani, who pitched the “Laptop from Hell” story to the New York Post for authentication, has stated he did not give the hard drive to the establishment media because he feared it would try and “contradict” its contents before publishing the damning emails.

“Either nobody else would take it, or if they took it, they would spend all the time they could to try to contradict it before they put it out,” Giuliani told the New York Times. 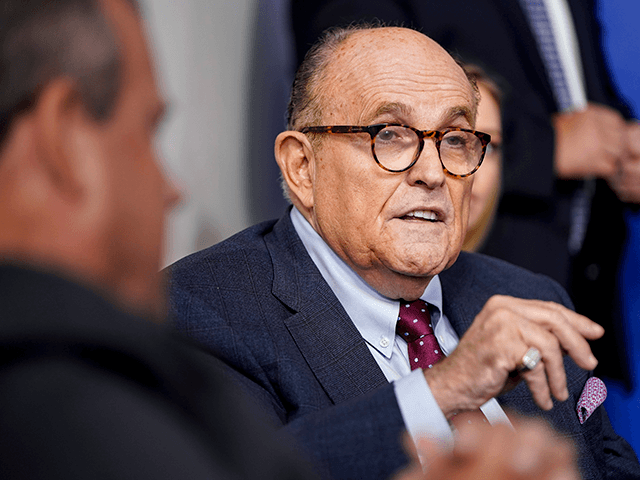 In 2018 and 2020, Breitbart Senior Contributor and Government Accountability Institute President Peter Schweizer published Secret Empires and Profiles in Corruption. Each book hit #1 on the New York Times bestseller list and exposed how Hunter Biden and Joe Biden flew aboard Air Force Two in 2013 to China before Hunter’s firm inked a $1.5 billion deal with a subsidiary of the Chinese government’s Bank of China less than two weeks after the trip. Schweizer’s work also uncovered the Biden family’s other vast and lucrative foreign deals and cronyism.

Breitbart Political Editor Emma-Jo Morris’s investigative work at the New York Post on the Hunter Biden “laptop from hell” also captured international headlines when she, along with Miranda Devine, revealed that Joe Biden was intimately involved in Hunter’s businesses, appearing to even have a 10 percent stake in a company the scion formed with officials at the highest levels of the Chinese Communist Party.

Hunter Biden is the subject of a narrative film My Son Hunter, marking Breitbart’s expansion into film distribution. The film was produced by the Unreported Story Society.  It’s the story the establishment media don’t want you to see. The film is available RIGHT NOW for Streaming and Downloading at MySonHunter.com.