Breitbart Texas traveled to the Mexican border cities of Reynosa and Matamoros to recruit citizen journalists willing to risk their lives and expose the cartels silencing their communities.  The writers would face certain death at the hands of the Gulf Cartel if a pseudonym were not used. Breitbart Texas’ Cartel Chronicles are published in both English and in their original Spanish. This article was written by “AJ Espinoza” from Matamoros.

MATAMOROS, Tamaulipas – The dismembered bodies of two women stuffed into ice chests and the headless body of a man spread terror throughout a large commercial plaza just a few feet away from an international bridge that connects this border city to Brownsville, Texas.

These gruesome executions are the latest in a gory tit-for-tat that has rocked the border area as rival factions of the Gulf cartel, mainly the Metros and the Ciclones, continue their armed struggle over territorial control of lucrative drug trade routes.

The ice chests where found earlier this week in the parking lot of a shopping mall called Soriana Lauro Villar. Inside the ice chests, federal and state authorities found not only ice but also the body parts of two women. They also found the headless body of a man along with a narco-message stating that a similar fate can be expected to those who support the Ciclones faction. The message also taunted the Ciclones telling them to send trained fighters and not women. The expletive filled message was signed by one of the Metros known as “65.” 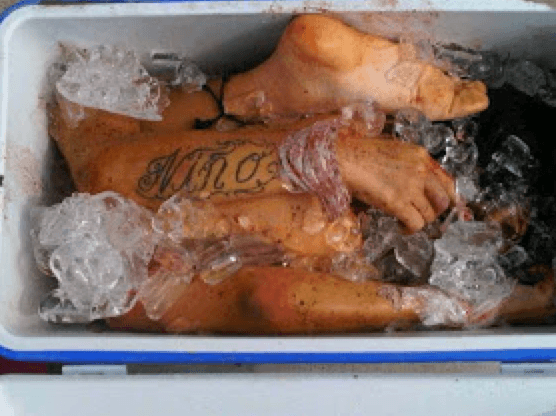 A female member of the Gulf cartel dismembered.

An arm tattoo helped identify one of the women as Joselyn Alejandra “La Flaka” Nino who had been exposed earlier this year by the citizen journalist(s) known a Valor Por Tamaulipas. When she was outed as an alleged cartel member, Valor Por Tamaulipas had in fact published a photograph of a smiling young woman posing with an AR-15, a weapon that is highly illegal in Mexico but cartel members tend to pose with and post their pictures in social media.  The other two bodies have not been publicly identified. 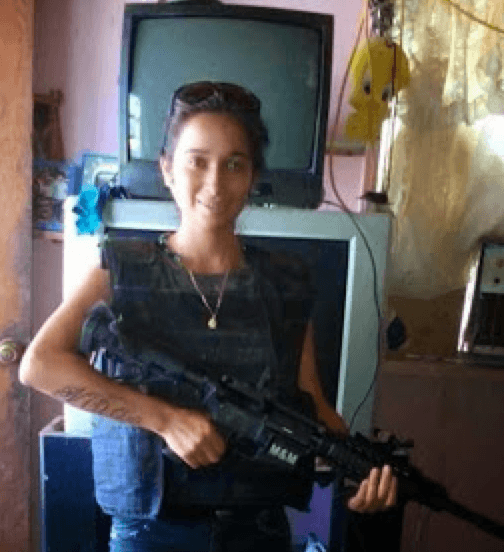 Alleged Gulf cartel member believed to be murdered and stuffed into an ice-chest.

As Breitbart Texas has previously published with its Cartel Chronicles, since the Metros and Ciclones went to war earlier this year, dismembered bodies and narco-messages have become a regular sight. Contrary to the regular assertions made by the Mexican government about Mexico’s security improving, chaos and fear continue to be the norm in the border cities of Matamoros and Reynosa.