AUSTIN, Texas — The Texas Senate Health and Human Services committee began their investigation on aborted baby body part sales and questioned witnesses at the state Capitol for over four hours on Wednesday. The committee met to examine the business practices and regulatory structure of Planned Parenthood affiliates in Texas, and to investigate whether state or federal laws were broken with regard to the donation and/or sale of fetal tissue.

The committee also met to consider suggestions on how to strengthen laws regulating abortion providers. They are looking at further restrictions on the sale of fetal tissue by these facilities. 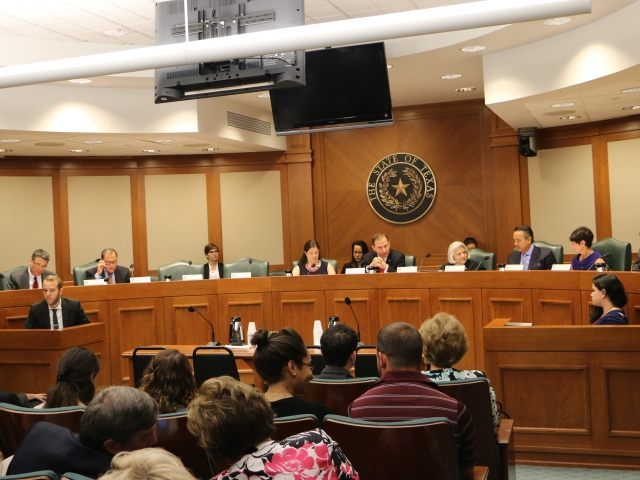 Senator Craig Estes (R-Wichita Falls) did not attend the hearing.

Senators Sylvia Garcia (D-Houston) and Don Huffines (R-Dallas) sat at the committee dias and participated. Neither senator are members of the Health and Human Services committee.

A medical doctor by training, Dr. Schwertner currently serves as chairman of the Senate Committee on Health and Human Services.

“Members, I am sure all of you have seen the recent disturbing videos showing top Planned Parenthood executives casually discussing the donation, and potentially the sale, of fetal tissues and organs,” said Chairman Schwertner as he called the meeting to order. “The cavalier attitude portrayed in these videos is clearly alarming and disturbing to a great number of people here in Texas.”

Senator Donna Campbell, MD said, “I think like most Texans I was appauled.” She said she found the videos “morally reprehensible,” and said as a physician, she also found it “unethical” and “unprofessional.” 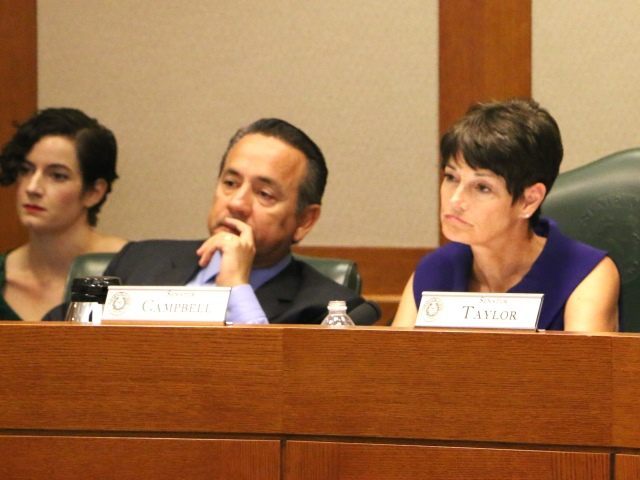 Republican senators on the committee were unified in wanting to close any gaps in Texas law. Senator Campbell said “any loopholes must be closed to protect Texas families.”

Campbell who is a practicing physician, also said that if there are any laws being violated, then the violators should be prosecuted and convicted. Sen. Rodriguez took exception to Campbell’s statement saying “Senator Campbell strongly implied there are violations.”

The senate committee received testimony from Attorney General (AG) Ken Paxton regarding his office’s ongoing investigation into the business practices of Planned Parenthood. As reported by Breitbart Texas, Paxton promised an “aggressive investigation” of the abortion provider.

During Paxton’s testimony, Senator Campbell mentioned that federal law prohibits the alteration, timing, or method of an abortion, and expressed concern whether aborted baby body parts are being harvested through illegal abortion procedures.

She also wanted to make sure that Texas law addresses the dignified disposal of aborted baby remains.

Paxton condemned abortion, and the disposal of the bodies of the unborn children. He said, “their fate is a plastic bag in a refrigerator, and anonymous disposal in an incinerator somewhere.” He said, “Even the remains of our most vicious criminals are treated with respect.” 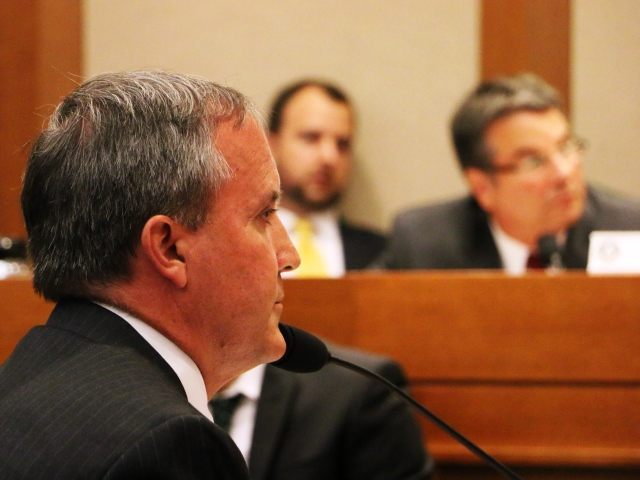 Shifting the focus off Planned Parenthood, Senator Sylvia Garcia asked Paxton if he was going to investigate the individuals who “got false IDs” and went undercover to get the videos. Paxton told her that if there were any criminal laws broken, it would be up to local district attorneys to prosecute.

Senator Jose Rodriguez told the AG, “there is more than one party involved in the sale process. If you are going to conduct a full investigation, you need to start from top to bottom.”

Sen. Schwertner reminded the senator from El Paso that “abortion facilities have the ultimate responsibility and it does not absolve them … from following the law.” The chairman said the focus of the investigation is whether women are giving informed consent, whether abortion procedures are being altered to harvest an asset that is valuable to the abortion industry, and the handling of the bodies of these children once procured.

While Paxton was testifying, Sen. Perry noted that a corporation can be held criminally liable. He asked Paxton to look into any fraud and Deceptive Trade Practices Act violations. He also asked about the statute of limitations for any civil and criminal violations by Planned Parenthood.

Sen. Van Taylor cited the Texas Penal Code and told fellow members that he was very concerned that the written testimony given to the committee by Planned Parenthood may show evidence of a crime committed. He said conspiring to commit a crime, for instance the sale of aborted baby body parts, is a crime. He mentioned prices for livers and thymus being cited as around $1600.

Officials from the Texas Health and Human Services Commission and the Department of State Health Services testified about the regulatory framework governing the operation of abortion facilities in Texas and the power of their agencies over these facilities.

These state agency officials testified that they had no authority over the sale of organs or tissue, but did regulate issues that related to women’s health, like sterilization of surgical equipment. 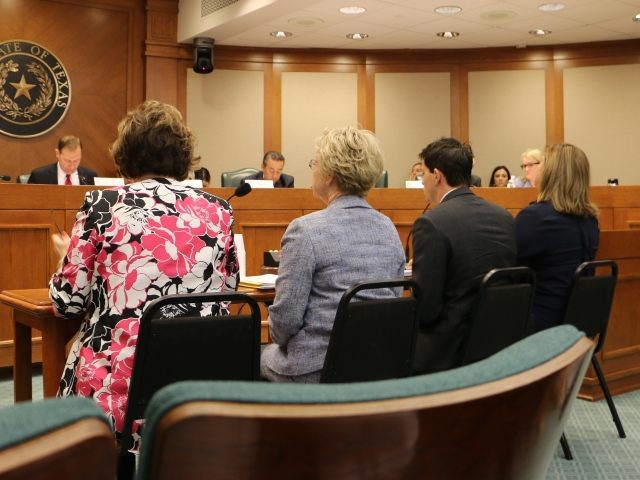 Carol Everett testified that abortion clinics frequently use garbage disposals to dispose of aborted babies or aborted baby body parts when needed. Everett, now the CEO of The Heidi Group, spent 6 years selling abortions to other women in four abortion clinics in the Dallas/Fort Worth area. She says God brought her to a crossroads after 35,000 abortions, the death of one woman, and surgery on 19 other patients. Everett had an abortion herself in 1973 shortly after the Roe v. Wade decision.

Planned Parenthood representatives failed to appear before the senate committee to answer questions about the sale of fetal remains. Instead, their representatives held a political rally on the south side of the Capitol.

“The Senate Committee on Health and Human Services made numerous attempts to invite Planned Parenthood to testify at today’s hearing and clarify their position on the sale of fetal tissue — attempts that went completely unanswered for more than a week,” said Schwertner.

“Only minutes before the start of today’s hearing, my office received a letter from Planned Parenthood indicating their refusal to appear before this committee to answer questions regarding their position on the collection and sale of aborted fetal remains. It’s obviously very disappointing, but I believe their absence from today’s hearing speaks volumes.”

Sen. Perry from Lubbock said, “Planned Parenthood not being here shows their contempt for these proceedings.” 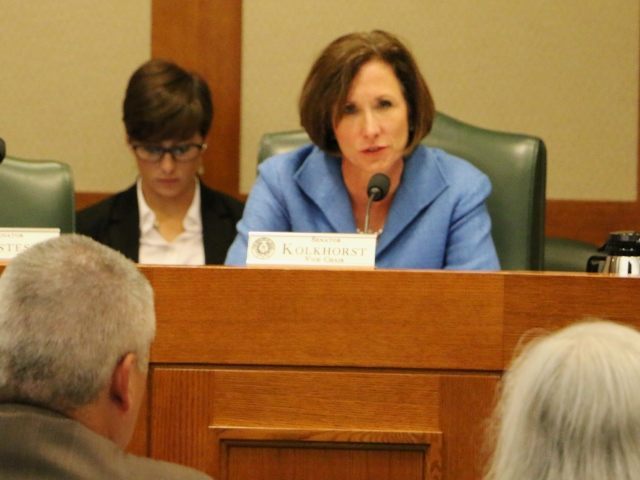 Sen. Kolkhorst said she was offended that Planned Parenthood sent the committee a letter that morning saying it was declining to attend because the committee “only cares about political gamesmanship, not fact-finding.” The Vice-Chair said she was very disappointed in the letter and said the committee “would proceed in a fair manner.” 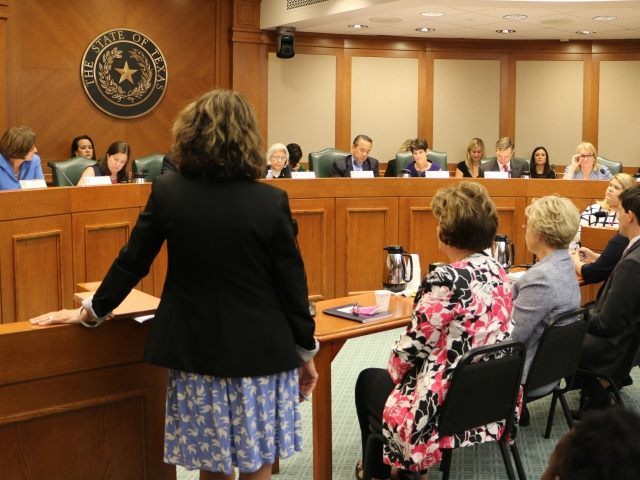 A lawyer from Planned Parenthood arrived about three-and-a-half hours after the start of the hearing but she refused to testify when asked to do so by the committee. She dropped off a large packet of information and reluctantly filled out a non-testifying witness card. She had to complete the card in order to get the information and the letter into the record. Counsel refused to testify saying that her client was currently under investigation.

The Senate Committee heard testimony regarding the potential alteration of the accepted medical procedure for conducting a surgical abortion. The testimony was that the procedures were being altered in order to better preserve fetal organs for donation.

Altering the procedure for the sake of harvesting baby organs and tissue, could potentially expose a woman undergoing an abortion to medical complications.

“Several of the videos that have already been made public seem to clearly show Planned Parenthood officials discussing ways of altering a standard abortion procedure for the purpose of more effectively harvesting fetal organs,” continued Schwertner. “This alone would violate the accepted medical standard of care, as well as federal law, and should be highly troubling for anyone that claims to be concerned with protecting women’s health.”

Sen. Charles Perry told Breitbart Texas, “Today only highlights and reaffirms what we in the pro-life community have known all along – Planned Parenthood has very little to do with womens’ health and is more about money.”

During the hearing, Perry condemned Planned Parenthood for a “corporate culture” that seems to be willing to violate federal and state laws.

The Republican senators present expressed the intent to use committee investigations to tighten up state regulations and laws. Sen. Kolkhorst told the committee, “We may find that our laws are not strong enough.” She said this would be part of the fact-finding process of the investigation.

Sen. Campbell referred to the undercover videos showing Planned Parenthood executives cavilierly talking about the sale of aborted baby body parts, and the “harvesting” of the body so it is not damaged and can be sold. The senator from New Braunfels said, “We need to put in belts and suspenders to make sure nothing ever happens like this in Texas.