REYNOSA, Tamaulipas — More blockades and shootouts have again caused panic in the Mexican town of Reynosa. Gulf Cartel gunmen brazenly fight with authorities and apparently with each other bringing the city to a halt.

At the end of this round of blockades and shootouts, authorities had arrested five gunmen. One of the gunmen had minor injuries and various weapons. Citizen journalists reported the unofficial toll on social media.

The shootouts were so intense and the blockades were so spread out over various areas of the town that the Reynosa City Government issued an alert on social media. They warned residents to avoid the Mil Cumbres neighborhood, downtown area, the Libramiento highway Las Fuentes, Broncos Bridge and various other areas.

The Tamaulipas government issued a news release shortly after the shooting stopped.  The statement said that the violence had been due to a raid by Mexican Federal Police and the Mexican Military shortly after 2:30p.m. The fighting ending at around 4:30 p.m.

In their statement the Tamaulipas government claimed that no one was injured or killed in the two hours of fighting. They reportedly seized a truck with weapons.

Breitbart Texas spoke with a source in Reynosa who claimed the violence was an attempt to capture the top leadership of the Gulf Cartel. This included the man known as Comandante Toro. It appears that the operation was not successful. 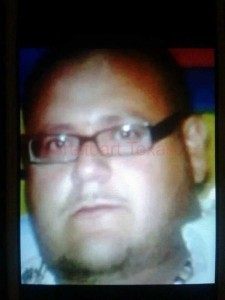 Breitbart Texas has repeatedly reported on the on-going cartel war happening just south of the Texas/Mexico border. The battles revolve around two factions of the Gulf Cartel who have been viciously fighting for several months.