SAN JUAN, Texas—Authorities near the Texas border continue to hunt for several Gulf Cartel members believed to have been behind fierce shootouts along a U.S. highway.

Beginning last week and into this weekend San Juan Police along with their federal partners have arrested multiple cartel gunmen and continue to hunt down additional gunmen, said Police Chief Juand Gonzalez in an interview with Breitbart Texas.

The shootout took place on October 9, when a crew of Gulf Cartel gunmen dressed in police tactical gear attempted to steal a drug load that also belonged to the Gulf Cartel, Gonzalez said.

The drug theft resulted in a rolling shootout and as authorities responded to the area, the gunmen fled resulting in a police chase and a large manhunt, court records obtained by Breitbart Texas revealed.

During the pursuit, the gunmen were throwing drug bundles, weapons, and cell phones out of the window before making their way onto a sugar cane field. The manhunt resulted in the capture of one Gulf Cartel gunman identified as Arturo Guadalupe Saldivar Borrego, who at the time was in the country illegally and did not known English.

As part of the ongoing investigation, San Juan Police, along with the U.S. Drug Enforcement Administration, the FBI and other agencies were able to identify 27-year-old Nery Gonzalez and his brother, 19-year-old Luis Gonzalez. 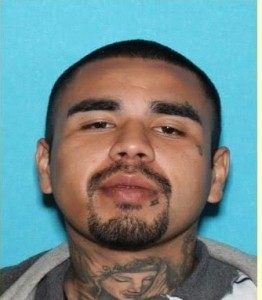 The two week investigation resulted in law enforcement tracking the two cartel gunmen to the border city of Edinburg where they arrested them. 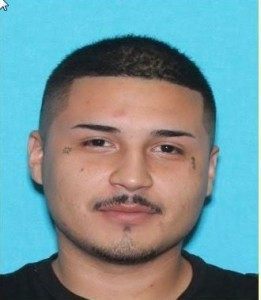 Investigators were able to track the gunmen and moved in to arrest them over the weekend at a place and time when they were more vulnerable as to minimize the possibility of a shootout, the chief said.

One of the suspects told investigators that at the time of the arrest he actually thought that the Gulf Cartel had dispatched a team to kidnap him, Gonzalez said.

“They were in the payroll of the Gulf Cartel and they were stealing from them,” Chief Gonzalez said. “They were glad we picked them up.”

“I had one of the neighbors reach out to me to thank us because these guys had been carrying out home invasions and terrorizing their neighborhood,” Gonzalez said to Breitbart Texas.

The increase in law enforcement presence in the Rio Grande has resulted in more seizures which has made it harder for cartel members to operate, Gonzalez said.

“They have resorted to ripping each other off to make up for their confiscated loads,” he said.