Breitbart Texas traveled to the Mexican States of Tamaulipas and Coahuila to recruit citizen journalists willing to risk their lives and expose the cartels silencing their communities.  The writers would face certain death at the hands of the various cartels that operate in those areas including the Gulf Cartel and Los Zetas if a pseudonym were not used. Breitbart Texas’ Cartel Chronicles are published in both English and in their original Spanish. This article was written by Reynosa’s “A.C. Del Angel”.

REYNOSA, Tamaulipas — Suspected cartel cash smugglers failed in their attempt to use a small private airplane to move a large quantity of money from the Texas border city of McAllen to the Mexican city of Monterrey. According to information provided by Mexican authorities to Breitbart Texas, the airplane is a U.S. Cessna registered to Carlos Humberto Diez De Pinos in Laredo, Texas. The U.S. Federal Aviation Administration’s (FAA) records verify the registration of the aircraft and further lists the individual as the sole owner.

According to FAA records, the aircraft has flown two trips in the past 45 days from McAllen, Texas, to Monterrey, Mexico. The flight plan for this specific trip was not listed in public records. De Pinos is listed by the FAA as owning four aircraft in total: this Cessna 182, a Cessna 172, a Cessna 414, and a Falcon 10 — a large personal jet that holds 4-8 people plus crew.

De Pinos was not flying the Cessna 182 at the time of the incident and his relationship to the arrested individuals is unknown at this time. FAA records indicate that De Pinos is a pilot who is unable to legally fly charter flights or passengers for hire. Breitbart Texas spoke with the Laredo Police Department and confirmed that the aircraft has not been reported stolen as of 12:04 pm CST on the date of this article’s publication.

The airplane was leaving McAllen when, according to information provided by Mexican Civil Protection, the Cessna airplane experienced engine failure and loss of cabin pressure resulting in an emergency landing along the highway that connects this border city to the Anzalduas international bridge. Though Mexican authorities claimed loss of cabin pressure was an issue, the Cessna 182 does not have a pressurized cabin. 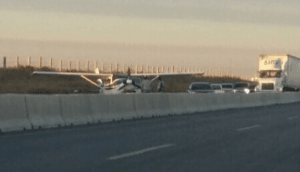 The airplane was being flown by Alvaro Martinez de Leon from Aguascalientes and Carlos Salas Patino Gomez from Gomez Palacio Durango. Neither the two people on the plane nor any motorist traveling along the highway were injured by the rough landing. However, motorists were surprised by the rare sight of an airplane on a local highway. 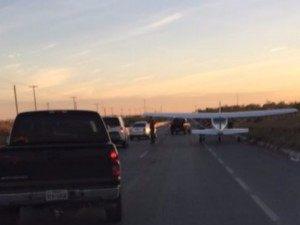 Mexican authorities and military forces rushed to the area to provide first aid, however, the aid operation turned into a criminal matter when they ended up finding various suitcases filled with bundles of Mexican pesos. Authorities arrested the two pilots and took them to the Reynosa headquarters of Mexico’s Attorney General’s Office. Investigators later determined that there were more than $5 million pesos in the suitcases. 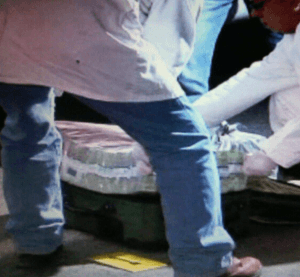 Mexican cartels move drugs north into large American cities, and then move their cash proceeds south into Mexico. The practice is referred to as cash smuggling since cartel couriers are forced to sneak their cash loads around U.S. authorities as well as Mexican customs officials. 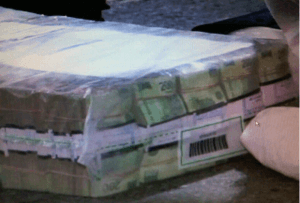 Property tax records for De Pinos indicate that he owns a small, modest home in Laredo, Texas–the address at which all four aircraft are registered. Though De Pinos is legally the owner, it is common for individuals in Mexico to have a relative or an employee who live in the U.S., especially in the case of criminal organizations, register the aircraft as their own even though the individual or group in Mexico is really the owner. This is done so that the aircraft is U.S.-registered and Mexican bureaucracy–and increased U.S. and Mexican authorities’ scrutiny–is reduced. De Pinos’ relationship to the four aircraft remains unknown at this time, other than the fact that he is listed by U.S. authorities as their owner.

Official tax records in Webb County indicate that De Pinos owns an aircraft parts company at the same address where the aircraft are registered in Laredo. The appraised personal property value for the company’s assets is listed as $1,850.00.