It is not hard to figure out the political connections and motivations behind the attack over then Texas Attorney General, now Governor Greg Abbott over the issue of Trump University. One need only look at the accuser’s Facebook page to see what is happening.

Accusations of improprieties against the governor come from a former deputy chief of Abbott’s consumer protection division, John Owens. Speaking about the investigation, Owens told the Texas Tribune, “It was swept under the rug, and the consumers were left with no one to go to bat for them.”  Owen’s boss at the time, David Morales disagreed strongly. “My decision to approve the request to investigate and to devote state resources to that investigation was made without regard to the fact that the company was associated with Donald Trump,” David Morales told the Texas Tribune in another article.

So, what could be behind Owens attempt to smear his former boss, the Attorney General? Perhaps election-year politics is the answer. Looking at the Facebook page for Owens, it is easy to see the man is a Democrat activist. 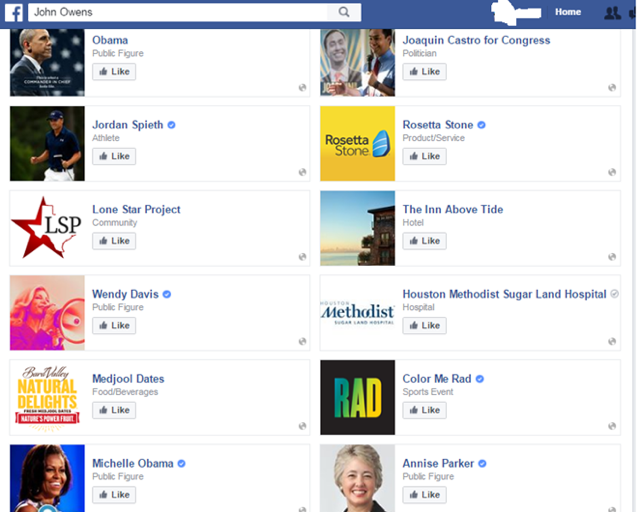 The Lone Star Project Facebook page where it claims to be “Fighting Back with Facts” appears to be nothing more than a left-wing attack site with articles promoting Democrat activists and attacking Republican officials. 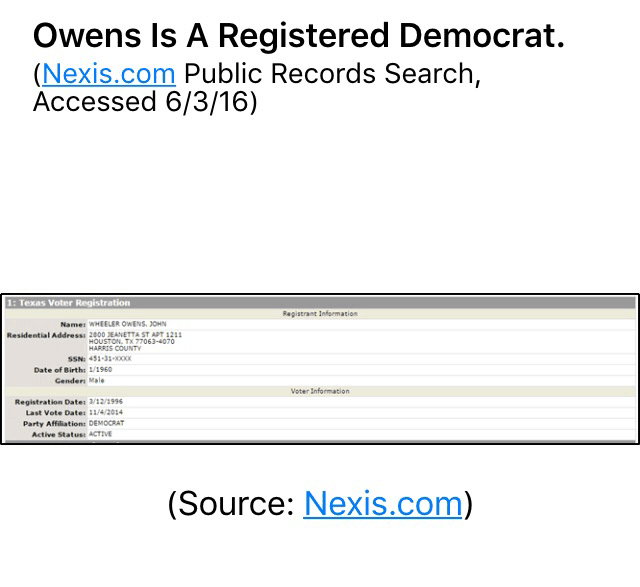 Additionally, Owens, a registered Democrat in Texas, made six donations to President Obama’s campaigns since 2008. 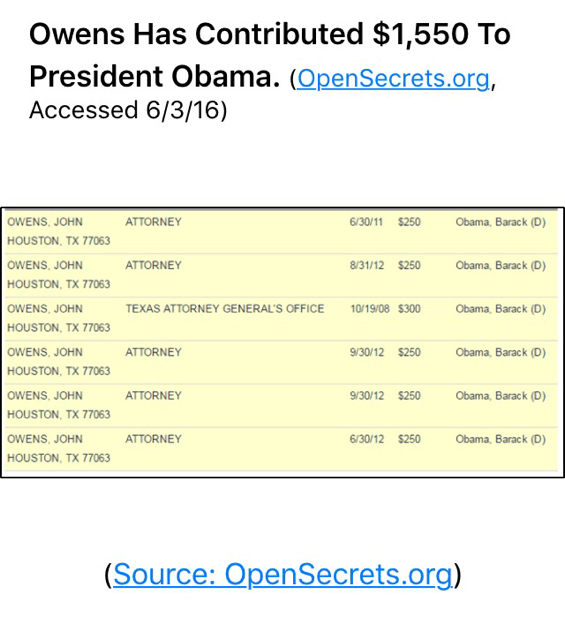 In 2010, Trump University was forced out of Texas thanks to the efforts of then Attorney General Greg Abbott. Officials in the Office of the Attorney General (OAG) at the time demanded financial records, promotional and advertising materials and other materials. Additionally, the OAG demanded the names of Texans who bought the programs offered in the state. Trump University refused to submit the documents and pulled out of the state, agreeing to stop doing business, Newsmax reported in February 2016.

Morales’ interview with the Texas Tribune makes the point very clearly that Abbott had nothing to do with pulling the plug on the investigation into Trump University. “To be clear, I did not discuss this matter with General Abbott,” Morales stated. He also added that the matter was not discussed with Abbott’s then chief of staff Daniel Hodge, the Texas Tribune reported.

He explained that Trump University agreed to suspend its Texas operations while the state was demanding documents, and in 2010 agreed to permanently leave, the Texas Tribune article continues.

“That agreement to permanently and immediately leave Texas was, in my opinion, the most important element of resolving this investigation. It ensured that no further Texas citizens would be exposed to the company and it did not preclude those consumers who felt they wanted a refund to demand it from Trump University or in court.”

Morales concluded his interview on the subject of the Trump University investigation saying, “I am proud that our Consumer Protection Division was able to get Trump University to immediately and permanently leave the State of Texas.”