Mexico’s state owned oil company sued and lost against 23 U.S. companies for their alleged roles in the purchase of fuel that had been stolen by drug cartels. The lawsuit further revealed the extent to which the criminal organizations profited.

In Mexico, the drilling and refining of oil is controlled by Pemex, a state owned company. As Breitbart Texas has reported, Mexican cartels such as the Gulf and Los Zetas have been using the theft of fuel and other byproducts to make a large portion of their respective incomes. In border cities like Reynosa or Matamoros, the Gulf Cartel has been tapping into oil pipelines to steal tractor trailers-full of fuel. In cities like Piedras Negras, Coahuila, or Veracruz, Veracruz, Los Zetas have done the same. 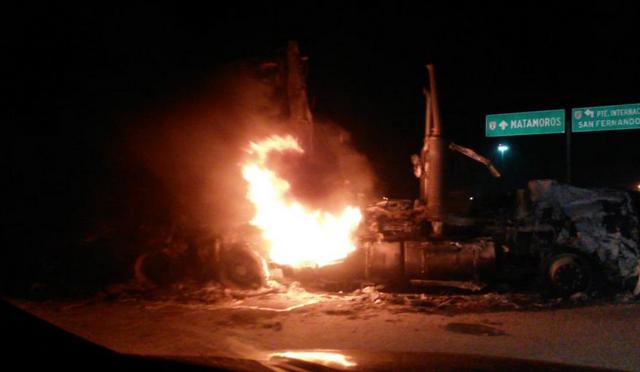 Some of the fuel is sold on street corners to motorists who pay less than half of the price of Mexico’s overpriced gasoline. The sales have had deadly consequences as some cartel members die in fiery crashes while trying to escape military forces.

In 2009, Mexican authorities worked a joint investigation with their counterparts in the U.S. looking into how large amounts of stolen oil products were illegally moved into Texas, Mexico’s La Jornada reported at the time. Through the use of fake importation documents and with the alleged help of U.S. companies, Mexican cartels were able to transport the fuel north for sale. As a result of that investigation, the Mexican government received more than $2 million in restitution.

In 2010, Pemex sued five companies in connection with the purchase of fuel and other oil products stolen by cartel members, The Monitor reported at the time.

The American companies involved in the lawsuit were accused of having “profited from a scheme that started with siphoning off thousands of gallons of product, moving it through Rio Grande Valley ports of entry and gathering it at the Port of Brownsville before shipping it to buyers across the state,” The Monitor reported.

Most recently, Mexico’s Animal Politico reported that over time, Pemex sued a total of 23 U.S. companies seeking to recover $300 million in three lawsuits, including the 2010 case. Pemex lost most of the cases and only won an award of $71 million from five companies–however they did not have the funds to pay the judgement.

Ildefonso Ortiz is an award winning journalist with Breitbart Texas. He co-founded the Cartel Chronicles project with Brandon Darby and Stephen K. Bannon. You can follow him on Twitter and on Facebook.

Brandon Darby is managing director and editor-in-chief of Breitbart Texas. He co-founded the Cartel Chronicles project with Ildefonso Ortiz and Stephen K. Bannon. Follow him on Twitter and Facebook.