Authorities in southern Mexico announced the arrest of a man described as a dangerous Salvadoran gang enforcer who was trying to blend in with the new migrant caravan bound for the United States.

Chiapas state authorities arrested a man identified only as 19-year-old Almicar Orlando “N” aka “El Junior or Hell Boy” from El Salvador, who has various warrants for murder, kidnapping, extortion, and drug charges, the attorney general’s office revealed. Salvadoran authorities labeled Almicar as a member of the 18th Street gang and tied him to various other allegations. 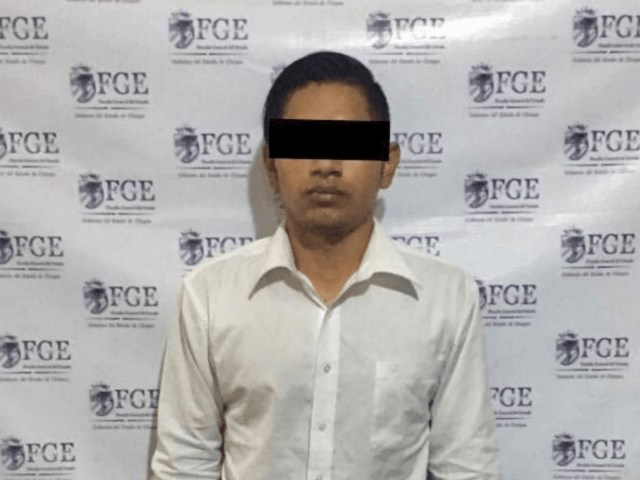 The arrest took place in Tapachula, Chiapas, near the border with Guatemala, as Almicar tried to enter as part of a migrant caravan. State authorities were able to work with El Salvador’s’ gang unit and other agencies to identify him and reportedly confirm his fugitive status. Chiapas state police turned Almicar over to Mexico’s National Immigration Institute for deportation.

The arrest comes days after Breitbart News reported on the arrest of one of the organizers of the new migrant caravan for rape charges. In that case, Honduras police arrested 26-year-old Juan Carlos Molina at a bus station in San Pedro Sula as he was preparing to begin his journey to the U.S. border.

While several members of the caravan sought to enter Mexico in a legal fashion by requesting visas or humanitarian immigration documents, approximately 800 rushed into Mexico after breaking locks in the border gates between Mexico and Guatemala.
Ildefonso Ortiz is an award-winning journalist with Breitbart Texas. He co-founded the Cartel Chronicles project with Brandon Darby and Stephen K. Bannon.  You can follow him on Twitter and on Facebook. He can be contacted at Iortiz@breitbart.com.